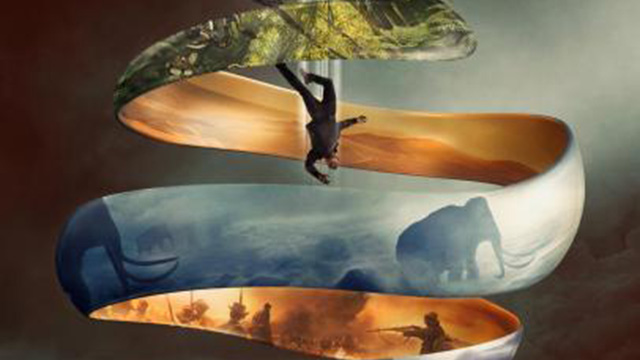 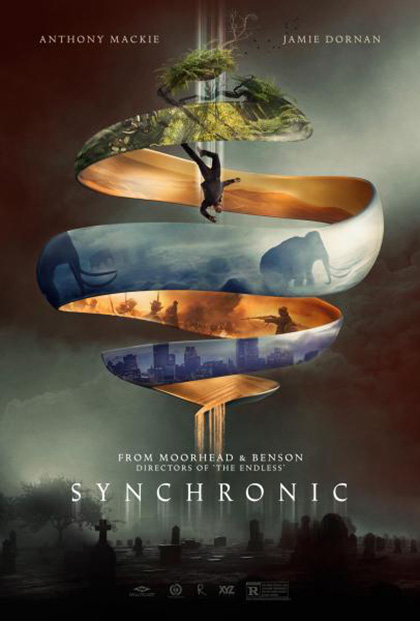 Justin Benson and Aaron Moorhead have been some of the more interesting “micro-budget” filmmakers of the past few years. They have each traditionally worn multiple hats on their films, co-directing, editing, writing, and even acting in their productions. The pair have produced a portfolio of unique, engaging, and amazingly accomplished films that belie their sub-million-dollar-budgets. “Synchronic” is their first film to sport both a bigger budget and a name cast, and it continues many of the themes explored in their earlier work, but with mixed results.

Steve (Anthony Mackie) and Dennis (Jamie Dornan) are New Orleans paramedics. After responding to several drug overdoses with strange circumstances tied to a designer drug called Synchronic. Steve discovers that the bizarre instances surrounding these ODs result from a peculiar side-effect of Synchronic; it doesn’t just take its users on a trip through their minds but also through time itself. When Dennis’s daughter goes missing, Steve believes that Synchronic is responsible and, along with the knowledge that his own life may be ending prematurely, possibly the way he can get her back.

The pair have been able to use higher-profile actors, and these are an asset. As always, Mackie is excellent as Steve, a man who has lived his life searching for a purpose and whose terminal medical diagnosis throws that quest into stark relief. Dornan is the complete opposite of his Christian Grey. Dennis is a man barely in control of anything, in a life that should be an envious one. But, in contrast, where Benson and Moorhead’s previous film, “The Endless,” had excelled at creating characters who were believably brothers, these two best friends seem strangely distant from one another, as well as needlessly over-written.

And it’s the script where “Synchronic” finds its issues. With “Synchronic,” Benson and Moorhead may have fallen into a trap that often befalls low budget filmmakers moving into a slightly larger one. There is a desire to make a film more expansive merely to ensure that the budget is visible to the audience. But this sometimes means that filmmakers lose sight of what made their earlier movies so unique. As Steve searches for Dennis’s daughter through various points in history, the film falls into the trap, so many time-travel stories do. Every trip is to something critical, dangerous, and notable, when most of real life is, face it, kind of unremarkable. The choices made by the script are a bit convenient. While they make for some tension, they also are a bit ambitious for the budget, resulting in big concepts presented on a limited scale that actually makes the film seem smaller, rather than the opposite.

Benson and Moorhead have crafted a story with details so intricate that they must tell, rather than show. Steve’s encounter with the chemist who created Synchronic isn’t just convenient in circumstance, but it also in the way it cuts to the chase in story exposition. And Steve’s experimental conclusions are often apparent only as he narrates them for his documenting camera.

“Synchronic” is far from a bad film, but anyone familiar with Benson and Moorhead’s previous pictures may miss some of those film’s ambiguity (as well as Lovecraftian creepiness). Their signature languid pacing never bores, but it never rises above a certain level of dynamic, either. For their first larger budget picture, one would have hoped that they might have stuck a bit more to their traditional guns and produced a film as unique as their previous outings. At the same time, benefiting from the ability to pass off a few production roles to others and the increased exposure that Mackie and Dornan might provide. “Synchronic” is an interesting and reasonably engaging exercise, but it doesn’t make the confident mark that many had expected from the duo.