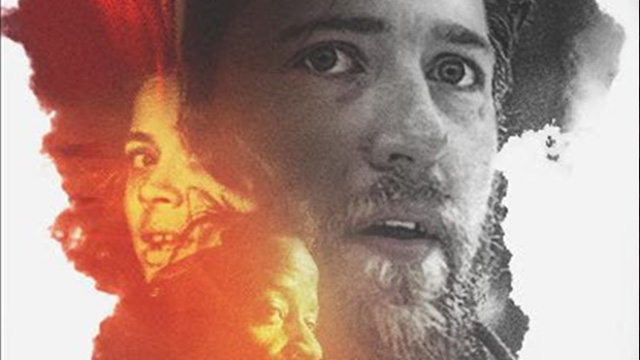 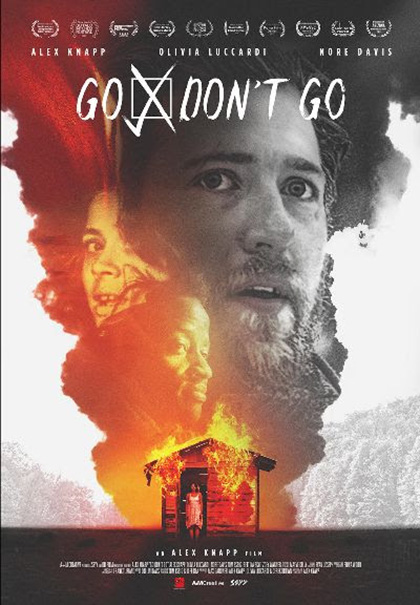 “The World, the Flesh and the Devil,” “Omega Man,” “I Am Legend,” “The Quiet Earth.” The Last Man on Earth has been the premise of countless stories and films. Combining apocalyptic themes with the bleakness of being alone and struggling to survive, it has been a go-to for examining the importance of society and the human psyche. For any new examination of the topic, the question becomes what is it that any new telling of this story has to bring to the table? So, we must ask, what does “Go/Don’t Go” bring to the table?

“Go/Don’t Go” follows Adam (no small symbolism there) as he makes his way through a city, bit by bit. He struggles to hold on to his sanity and memories of the K, who, before whatever eliminated the rest of humanity, brought Adam out of his insular, introverted self and into the one great relationship of his life. Adam has structured his world as an almost tragic parody of day-to-day life. He hides his search for supplies and any possible other survivors with job and social activity rituals. As Adam checks out and either depletes or abandons each location, he marks it off with the “Go/Don’t Go” mark of the title. The question arises if he is the final human and if not, will he survive, mentally or bodily, long enough to find out?

The picture is somewhat of a “vanity” project for writer, director, producer, and star Alex Knapp. Aside from flashbacks to time with buddy Kyle, and of course, his first meet with and bits of his relationship with K, Knapp occupies 90% of the film alone. So most any critique of the film rests entirely on his shoulders.

There are things to commend about “Go/Don’t Go.” Knapp‘s performance is solid and believable. If anything, he underplays the role a bit, and that’s good. It may actually make the film bleaker, but you don’t tire of him. And Olivia Luccardi is radiant as K. She gives the role the spirit and spunk K needs to be Adam’s redemption in both life and survival. And the scenes of Adam and K together provide the proper contrast to his lonely present world.

It’s a lovely-looking film. Frankie Turiano’s cinematography is simply gorgeous. Turiano makes extensive use of soft, natural light when possible. Some of the exterior scenes are so beautiful that they could easily be an urban travelogue. And his interiors vary from dimly moody to harsh garishness to underscore that scene’s needs.

But, at 91 minutes, the film is way too long for what it is. It could have been a splendid 30-minute piece. But as a feature, there’s not enough meat on the bone to make it succeed. To its credit, it never entirely becomes boring. Instead, for our time invested, it never really becomes fulfilling enough. Furthermore, the film allows too many questions to remain unanswered. How long has Adam been alone? The majority of the infrastructure is still intact and working. There is power. There is food. And Adam’s hair is, for most of the film, an impeccable coif. Whatever happened (and we have hints that it involved some sort of malevolence), it can’t have been long ago.

And indeed, what DID happen? It’s not a zombie apocalypse. It wasn’t a finger-snap, Left Behind scenario. But there is no evidence of the people who are no longer there. No bodies, nothing. Yet Adam sets traps against… what? Part of the problem with the film’s length is that we have plenty of time to focus on these questions rather than directing our concentration on the film’s emotional core.

“Go/Don’t Go” is a simple case of too much being too little. Knapp may have had something to say but he mired it in his character’s physical journey to the detriment of his emotional one. Exploring a theme far better examined previously, any fresh and exciting ideas fail to shine.