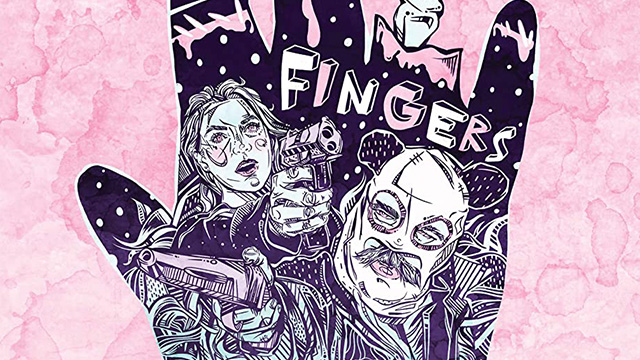 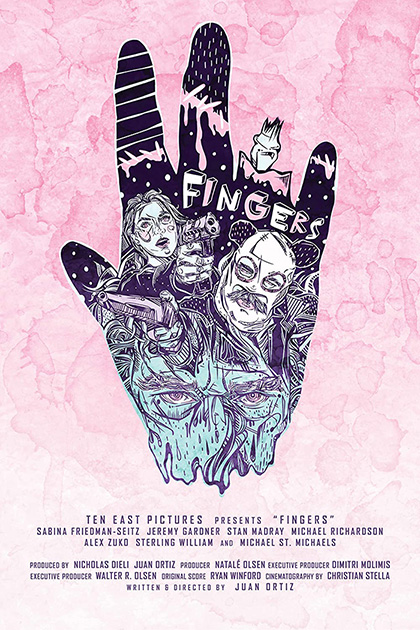 Amanda has a problem. It’s has a problem with her coworker Walter. No, Walter isn’t being sexually inappropriate. No, he isn’t trying to take credit for her work. Walter isn’t even leaving a mess in the breakroom. No, mild-mannered Walter is inexplicably missing a finger that he wasn’t missing the day before. And Amanda cannot deal. Really cannot deal.

If this premise intrigues you, “Fingers” may be the film for you. If it tickles you with delight, then make that a definite. Because as Walter’s missing digits begin to approach double… well, digits, Amanda’s therapeutic journey from denial to acceptance goes perhaps a bit too far in one of the most original and brilliantly insane films of recent memory. Written and directed by Juan Ortiz, “Fingers” is a twisted delight for anyone with a sense of humor and a sick mind.

Amanda, an attractive, successful young woman who finds her office mate Walter’s phalangeal dilemma deeply disturbing. She just cannot cope with the concept. It turns out Amanda has issues dealing with a lot of the world. Pop psychologist Dr. Scotty believes he has all the answers to Amanda’s problems. They’re all in his book. As for Walter, his problems are tied to a pair of gleefully sadistic men in comical knit masks who visit him day after day under the orders of a mysterious man named Fox. And each day, they leave Walter with just a little less.

To try to explain more would be a crime. “Fingers” is a perfectly realized and delightfully tasteless picture that deserves the attention of everyone who loves weird cinema. Wes Anderson never directed a film so confidently mannered and styled. The Cohen brothers have never created a world with more absurd machinations. Ortiz and his cinematographer Christian Stella have made a film that’s brightly-lit and impeccably neat. Even the filth and clutter seem strangely orderly and tidy. It only adds to the film’s low-key, off-kilter vibe. The further we get into the world of “Fingers,” the more answers we get. But those answers just keep being more and more wrong. And we, the audience, wouldn’t have it any other way.

“Fingers” wouldn’t work if Ortiz didn’t have the full cooperation of his excellent and fearless cast. Sabina Friedman-Seitz, as Amanda, is delightful. The more “cured” she gets, the more jubilantly and eagerly demented she becomes. It’s a pitch-perfect performance. Jeremy Gardner is maniacal as the leader of the pair of finger-stealing thugs. Talky Panda is a character as bonkers as he is complex, and Gardner is wonderfully warped in the role. Stan Madray’s Walter is a man resigned to his fate until Dr. Scotty’s book changes his life as well. Michael Richardson is as sophisticated and self-confident as this good doctor’s advice is full of shit. Of course, true to form, icon of the odd Michel St. Michaels is beautifully understated as the impeccable and articulate Fox.

Everything that director Ortiz has assembled for his film adds layer after layer to his absurd vision. “Fingers” There are just so many elements that flat-out work in this film. Besides the cast and Stella’s camerawork, Ryan Winford's score, with its occasional forays into spaghetti western territory, serves to reinforce the film's brisk, energetic pace. The result is a film that never seems mean-spirited. It may be in bad taste, but “Fingers” is absolutely delicious!