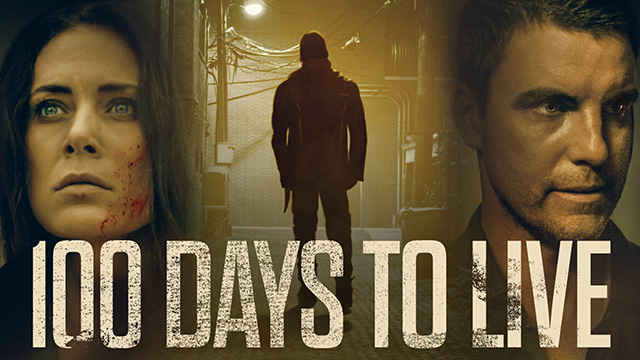 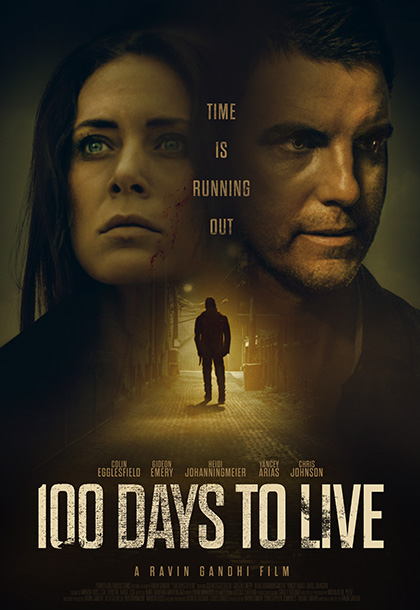 Suicide prevention counselor Rebecca Church is jubilant at her recent engagement to handsome, successful Gabriel when her betrothed suddenly disappears into thin air. The only clue to his disappearance is a scrapbook titled “Gabriel Has Been Saved,” filled with clandestinely gathered, intimate photographs of Gabriel’s recent life. Her fiancé is the victim of “The Savior,” a serial killer who has previously killed several people, each time leaving behind a similar photo record before killing them. The unifying characteristic is that each had attempted suicide. A selfie on her phone reveals the killer's image, and Rebecca recognizes him as a former fellow counselor, Victor Quinn. Victor, distraught over those suicides he couldn’t prevent, shot himself right in front of Rebecca. And the problem is, Victor is supposed to be dead.

“100 Days to Live” is the sort of serial killer police thriller that plays out much like the mid-season replacement shows that used to get dropped in after some highly touted prime time show had flopped. Usually, these were high-concept programs that some production company had gotten funding for that network then bought up to keep in reserve if they had timeslots that suddenly needed filling. Cast with good-looking, if otherwise unremarkable actors, they were “competently made” in the least demanding definition of the term.

Once the film reveals that Victor has actually survived his suicide attempt (through a flashback that makes his medical treatment sound almost like a clandestine science experiment), its plot proceeds to move from fairly pedestrian to outright preposterous.

It seems that Victor, following 100 days in a coma, stops wanting to help save people and instead decides to facilitate their demise. And the wrinkle in his M.O. is that his victims are complicit in his murders. Victor approaches them and proposes making their lives ideal for 100 days, at which point he ends their life so that they die happy and fulfilled. It’s a conceit that is utterly ridiculous in concept and impossible to accomplish. The idea that no one turned down the idea and went to the police is just the first of the premise’s problems. The “victims” lives become ideally realized in only three months' time, during which Victor goes on his elaborate photojournalism spree. Victor repeatedly goes to the trouble full daylight, in public, chloroform-rag abduction of the willing and never gets caught or spotted.

Writer/director Ravin Gandhi is solely to blame for the absurdity that is “100 Days to Live,” He pairs his preposterous story with a lackluster directorial style that somehow, despite filming in some tony high-end locations, seems small, stagey, and constricted. He’s also to blame for the movie’s dodgy, irresponsible portrayal of suicide. There has been heated debate over cinematic interpretations of mental health, often regarding serial killers or characters like The Joker. And because no pathological killer can ever be considered “sane,” this will likely remain unresolved, but “100 Days” turns suicide into a cheap plot contrivance. And its service therein begs for as much credulity as does the story itself.

cenforce 200mg is an immaculate and doable medication for the treatment of erectile assortment, Buy now this medicine online.