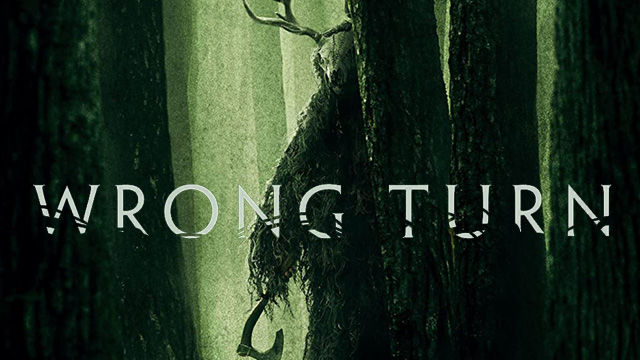 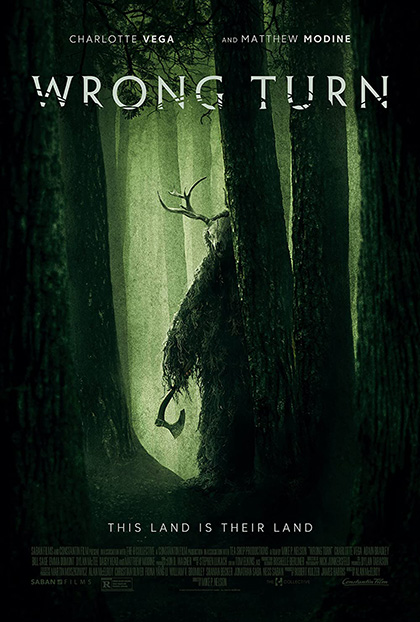 When the original “Wrong Turn” hit the screens in 2003, it met with mixed reactions. But it garnered enough box office to spawn a suite of sequels/prequels. After the inclusion of Buffy-fave Eliza Dushku, the first film was most notable for its inventive kills (the ax-to-the-head tree scene is a classic) and mutant hillbilly make-ups courtesy of Stan Winston Studios. While it has never been the recipient of the same cult of love that fellow ’03 release “Saw” received, horror fans were kind enough to the film. Its reputation as a suitably bloody workaday slasher has held firm. When news of a reboot was announced in 2018, it probably didn’t receive the backlash that would have met some other franchises.

Directed by Mike P. Nelson from a screenplay by original “Wong Turn” scribe Alan McElroy, the 2021 iteration opens with worried father Mathew Modine arriving in a small Virginia town searching for his daughter Jen. She was last heard from six weeks before as she and a group of friends were about to venture out on an Appalachian Trail hike. The film then flashes back to Jen and her friends' arrival in town, where they earn the ire and contempt of the locals. Once they venture into the wild, a decision to venture off-trail soon proves deadly, and the group realizes that it’s not hillbillies they have to contend with but a centuries-old religious group who call themselves The Foundation.

Where the original film leaped right into things by putting its characters into harm's way almost immediately, the reboot takes its time and makes the most of that effort. The first film’s young victims were practically interchangeable. Here McElroy allows them time to develop. It’s a smart decision, as much of the film’s second half relies upon it. As the group makes its way through the woods, encountering setbacks and deadly booby traps, the movie keeps us engaged and on our toes. It’s a far better-made film than the original, without diminishing any of the horror experience.

That is, up until the film takes a wrong turn of its own.

With the introduction of The Foundation, the film changes tone and energy. It becomes an entirely different film. And when the film reintroduces Modine’s father character, we’re about as far from the original as we can be. Unfortunately, we’re also about as far from believability as we can be. Inbred hillbillies may have become a trope, and it may even have become a socially tone-deaf conceit, but The Foundation, with its multi-racial, pseudo-woke, pre-Civil War ethos, is just a bit too much to swallow. And the idea that they have been capturing and killing hikers for decades without anyone successfully seeking them out until now is just ridiculous. The horrors of “Midsommer” (surely an impetus for the idea of The Foundation) and “The Wicker Man” stayed a secret because they never affected the outside world. And Jen’s progression over the weeks until her father finds her is more in service of the script than plausibility.

The film is a reboot of the original in name only. Had “Wrong Turn” kept to its pursuit-through-the-woods first half, it might not have broken new ground, but it could have possibly continued with its terrific momentum and gory deaths. The whole subplot with the father drags the film down (and Modine, never an everyman actor, doesn’t fit the hero bill), and while The Foundation is an interesting concept, it seems shoe-horned into the film. Their internal logic is so convoluted as to teeter on the ridiculous.

I would like to share it with all my friends and hope they will like it too. Are you not able to fix the problem with the Canon Printer? Just follow the steps which are mention on the blog to Resolve the issue. Thanks!

Check this https://scamfighter.net/review/myperfectpaper.net review to get to know why I won't recommend this service to those who have no writing talent. Click for more details.