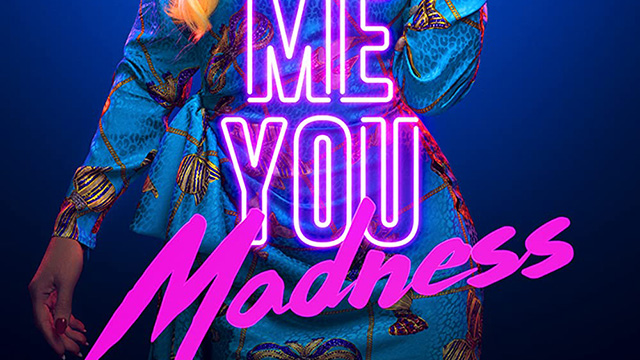 Diablo Joe Reviews - Me You Madness

"Me You Madness"
review by Diablo Joe 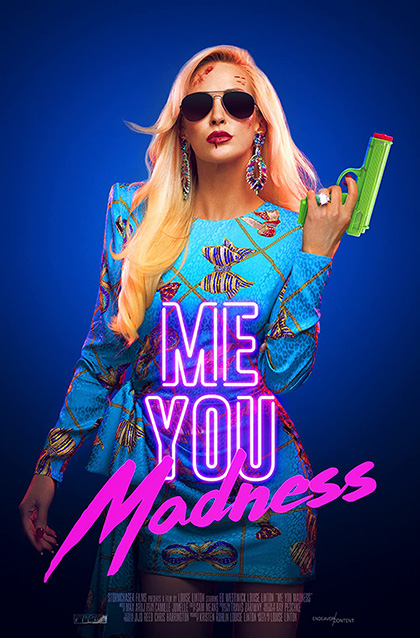 “Me You Madness” is essentially a vanity project for director/writer/star Louise Linton, who stars as sociopathic hedge fund manager Catherine, addicted to excess in every way. She works hard, parties hard, fucks hard, and murders even harder. She’s a serial killer in Christian Louboutin stilettos. Slender, blonde, and devastatingly aloof, she’s the XX chromosome Patrick Bateman. But when she invites handsome but blue-collar thief Tyler into her sphere intending to kill him, she finds far more than she bargained for.

Gaudy, glitzy, and awash in neon colors and more high-end brand names than an Amex Black Card statement, “Me You Madness” is a campy, quipy, black comedy that is more entertaining than one might expect. Were the film made by anyone else, it could be judged solely on its face-value alone. But the elephant in the room is the fact that Ms. Linton is also the wife of former Treasury Secretary Steven Mnuchin. Linton gained notoriety for her fashion hashtag-heavy tweets and tone-deaf photo-ops with piles of money at Fort Knox and the U.S. Treasury. And as savage as the satire appears to be, one has to wonder just how sincere any of the film’s apparent social commentary is. Is Linton coming clean, or is she attempting a bold, bloody smokescreen? The individual viewer will have to be the judge.

In any case, “Me You Madness” is not at all a bad film. It’s highly entertaining and often incredibly clever and funny. Linton makes extensive use of voice-over throughout the film. Eventually, this leads to fourth wall breaks and more, until the film becomes a meta-version of itself. With first-person narration, arch elitist attitude, and extensive use of ‘80s music, it owes a lot to “American Psycho,” something it gives a mea culpa to early on. Actually, it owes a lot to more than a few films, as there are homages/tributes to dozens of movies peppered throughout the movie.

Linton is quite good in her role as Catherine. She’s certainly perfect for the part, but beyond that, she’s got great comedic chops. She also has terrific chemistry with Ed Westwick, who plays Tyler. He equally enjoyable, never seeming overshadowed by his costar and director. He’s also a surprisingly talented dancer.

“Me You Madness” sometimes falls victim to its own version of excess as Linton packs the film with near-musical interludes, frenetic montages with cartoon sound effects, and more. They can be a bit much, but only Westwick’s extended prance about Catherine’s cavernous mansion to the Pointer Sisters’ “I’m So Excited” truly overstays its welcome. There are more pop culture references than a Tarantino flick, and it sometimes seems as if every thought Linton had made it into the film. But her full-full tilt, go-for-broke style, and savage sense of humor manage to eclipse even these faults.

Catherine can be incredibly condescending and discriminatory, but the film oddly shows her enjoying an intense round of trivia with her Vietnamese manicurist. And the litany of unpleasant people she has picked for her victims seems like Linton's attempt to equip her sociopath with a moral compass. That said, a subplot with Catherine’s Chinese lover is extraneous and just another prurient, “Basic Instinct” bisexual killer trope. It’s a cinematic conceit that just needs to die.

As much as one might try to judge “Me You Madness” solely on its own merits, one does have to wonder what some in Linton’s husband’s political circle would think of his wife’s on-screen antics. What would a certain ex VP, who presided at her wedding, think of Catherine’s tawdry sex, drug use, cannibalism, and even flirtations with necrophilia? Just something to ponder.

This devil of a reviewer gives “Me You Madness” 3 out of 5 imps.