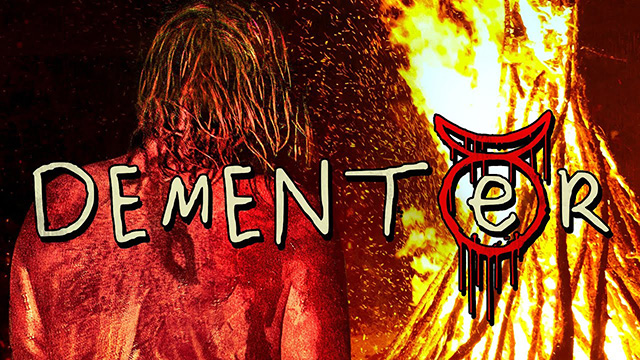 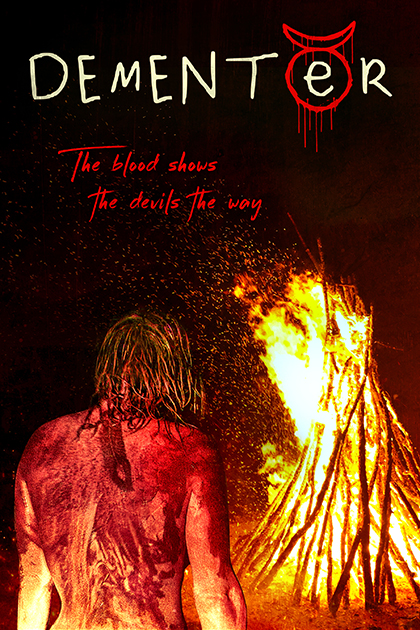 In 2013, director Chad Crawford Kinkle gave us the excellent “Jug Face,” a film about an insolated rural community led by Larry Fessenden torn asunder (often literally) by their desire to appease a demonic supernatural force centered in a wooded pit. In a way, “Dementer” could be seen as a potential extension of that film’s people and their beliefs. But it is also a very different film in tone, style, and, finally, artistic success.

Most all of the characters and the actors (in truth, predominantly non-actors) who portray them are eponymous with one another. Attempting to distance herself from years with a rural cult community, Katie (Groshong) arrives in a new town. Seeking work, she applies to a community skill center for intellectually disabled adults. There she meets Stephanie (Kinkle), one of the clients to whom she is assigned. Katie is immediately struck by something about Stephanie. Katie believes that an evil energy has targeted Stephanie. When Stephanie appears to be stricken with illness, Katie endeavors, at any cost, to protect her.

As noted, much of the cast of “Dementer” are non-actors. The people in the care of the skill center where Katie works are all genuine people with intellectual disabilities. And Stephanie is portrayed by the director’s sister, a woman with Down Syndrome. The film is short in a very cinema verité manner, necessitated by the reliance Kinkle decided to put upon these cast members. It is very much to his credit (no doubt informed by his relationship with his sister) that he never presents them in a manner that seeks to exploit, demean, or belittle. They are simply a portion of the world that exists and a part of the story’s setting. But they are also crucial to that story.

Unfortunately, and not a result of the shooting concessions Kinkle had to make while working with a cast who are not actors and, more challenging for him as a director, not used to the rigors and demands that a film requires, the film’s unhewn style sometimes works against itself. The film’s structure meanders and is often confusing. Much of this is centered solely around the scenes dealing with Katie. Her past and her strange impressions of Stephanie’s malady are often confused and unfocused. It’s initially unclear that Katie senses Stephanie is in danger and not something else entirely. A scene at a slaughterhouse comingles with Larry Fessenden as the patriarch of Katie’s former community in a way that leaves us unclear that what we are watching has become a flashback. Confusing and confounding an audience can be an excellent cinematic tool, but here it fails to serve the story in a positive manner.

Chad Crawford Kinkle’s previous film suffered, at times, from similar unkempt storytelling problems. But “Jug Face” benefitted from its clearly defined interpersonal and familial tensions, which gave it a clear emotional theme and focus. As admirable as “Demeter” is in its attempt to present its supporting characters without prejudice, the film never quite sticks the landing when it comes to a basic story. It’s there, yes, just not conveyed with clarity. And it isn’t the result of budgetary or other issues. It’s just a matter of a filmmaker lensing a concept rather than a fully realized narrative.

“Dementer” is an admirable attempt to create a supernatural film that would also touch on topics very dear to the filmmaker. But personal sentiment and heart, no matter how strong, needs an equal dose of the head in there. Had Kinkle stepped back just a bit and reassessed his raw storytelling, his outcome would have been more effective.