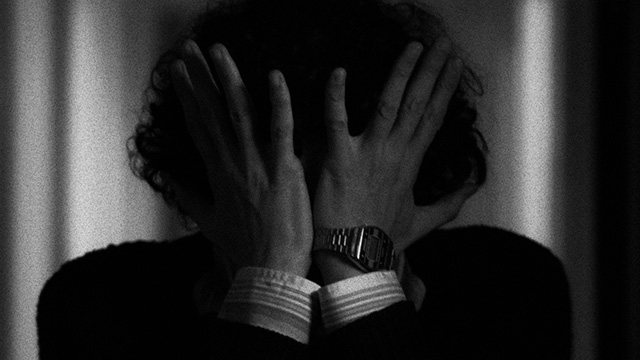 Fantaspoa 2021 review - History of the Occult

This film was part of Fantaspoa, which ran on the streaming platform Darkflix, from April 9th through the 18th. All film screenings were geo-blocked to Brazil, with additional details available at fantaspoa.com

Get the film today on Amazon 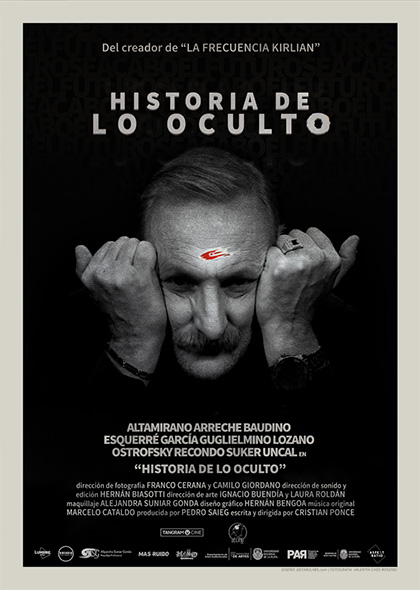 "Historia de lo Oculto," and entry in the Brazilian Fantaspoa 2021 festival, comes to us from Argentina, a country with a history of deep political unrest and distrust. The film is inspired, no doubt, by the tenure of José López Rega, a politician in the early 70s who earned the nickname El Brujo "the Warlock" thanks to his ties to the occult. And it is an imperfect film with a genuinely fresh and unsettling concept.

The film concerns itself with the final broadcast of "60 Minutes to Midnight," the nation's widely-watched expose investigative news program. Following the fleeing of its advertisers, this last show has been made possible by a single sponsor, Von Merkens Laboratories. It promises to unveil a crushing secret about the country's Prime Minister. The film unfolds in essentially real-time, alternating between the studio and the show’s team of investigative reporters, watching from afar. The show’s host unveils the events of a mysterious John Doe and introduces his key guest, the industrialist Adrián Marcato, who claims both ties to the occult and the current PM. As Marcato enigmatically unveils details, the broadcast is fraught with mysterious interruptions, and the team of reporters finds their reality may be slipping away from them.

“History of the Occult” is a movie that attempts to do a lot in a brief amount of time. That compression both benefits and hinders the storytelling. On the one hand, the sheers density of events means the film is never boring, but it also requires the film to tell far more often than show. “History” is talky. Really talky. Though expected in a picture set half in a panel-talk-show studio, it is worst when the film focuses on the group of reporters. They are heavily responsible for establishing the story's backbone, often expounding on topics more for our benefit than each other’s. The result is a rather clunky exposition in a film that really wants to build its tension and portent as it delves deeper into its revelations.

Some equally uneven performances don’t help this awkward storytelling. Our team of reporters lacks much in the way of distinctiveness or flair. The characters are, for the most part, unremarkable and a bit on the uninteresting side. These are supposed to be dedicated reporters, intrepid, professional, and truth-seeking. Still, they often come off as though they’re the “investigators” of some bogus paranormal TV show, playacting at being reporters.

This is not to say that “History of the Occult” Is not without reasons to recommend. There are many. It is a film with a truly unique and original concept that opens up a host of possibilities for consideration once it clarifies its final revelation. It does a great job of recreating a convincing early 70’s milieu, with particular attention to details of that era’s technology, especially its frequent use of period phones. The broadcast captures dead-on in pacing, format, and graphic visuals the programming of that time. All of this works in service of the story and the film’s eye-opening conclusion. And the visual manner in which it begins to unravel its secret to its characters is both subtle and stunning.

“History of the Occult” is, in many ways, a potentially great film let down by its format. The talky expositional nature of its script would make for a terrific play. Its density of information and complex political and psychological propositions seem to cry out for a more elaborate timeline, such as a 3-4 part miniseries. Had the filmmakers worked out the film’s structure and pacing a bit better and fleshed out some of the characters, it could genuinely have been a minor classic.

From its references to “tannis root” and the use of the character name “Mercato,” it’s obvious the filmmakers have a love for “Rosemary’s Baby.” One has to wonder if, in this story, there are the bones for making a film where the occult could pervade Argentinian politics in the manner that Polanski’s classic had it invade the urbane walls of New York City’s Dakota Building. We will probably never know, and in that question, "Historia de lo Oculto" will leave us ever-inquiring.