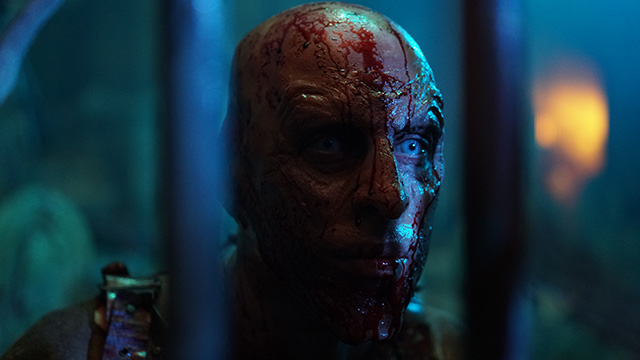 This film was part of Fantaspoa, which ran on the streaming platform Darkflix, from April 9th through the 18th. All film screenings were geo-blocked to Brazil, with additional details available at fantaspoa.com 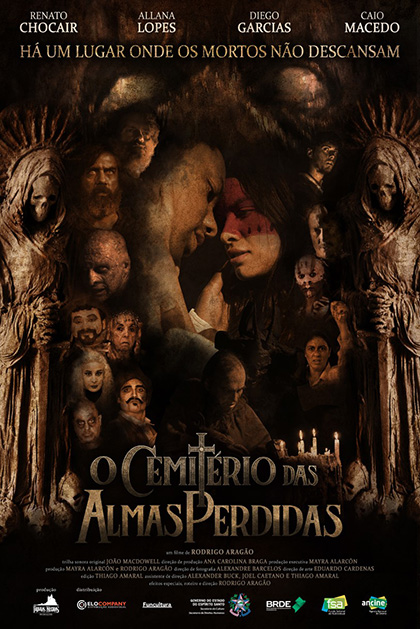 There a not-so-fine line in film between pastiche and homage. Pastiche grabs onto basic, bold tropes of a genre or a particular movie and apes it to give a knowing wink to the audience. Homage is subtler. Whether the audience notices it bears little to no effect on the understanding and progression of the film. And then there are films with an eerie ability to evoke a profound and much more immersive sense-memory.

“O Cemitério das Almas Perdidas,” or “Cemetery of the Lost Souls,” is an entry in the Brazilian Fantaspoa 2021 festival. It evokes the late ‘70s and early ‘80s Italian and Spanish horror in such a manner that it almost feels as if it could be a rescued film from that era. Writer/Director Rodrigo Aragão does this effortlessly and with a purity of style that is stunning.

It’s also as enjoyable as hell.

Centered around a band of Portuguese explorers cursed for centuries to live in the subterranean bowels beneath an ancient cemetery, “O Cemitério” follows the sailors, led by the cruel and demonic priest, Cipriano. As the men rape and massacre the indigenous people they encounter, they find themselves damned into the darkness, becoming quasi-vampiric zombies. When the present-day members of a traveling horror-themed carnival set up camp in the shadow of the cemetery, the terrors they portray in their show pale next to the night they are soon to experience.

“O Cemitério das Almas Perdidas” is a triumph of horror excess. For the first third of the film, set in the 16th century, we witness the bloody brutality of the Portuguese. This is savage stuff, and Cipriano and his men are brutal and ruthless. As we move into the second third, and present day, the tone becomes more humorous with the introduction of our carnies. Soon, as their night descends into nightmare, the proceedings become ever bloodier until, in the final third, all hell (literally) breaks loose. We are gifted with a non-stop spectacle of severed heads, limbs, and gouts of blood, flying demonic Jesuits, and more. It is deliciously over-the-top and a bloody feast for any horror fan who has a love of Italian zombies and the Blind Dead Trilogy, and of course, Coffin Joe.

One of the conceits with many of the films that “O Cemitério” evokes is a certain looseness with the logic and story structure in service of the horror aspects. But while there definitely is a bit of WTF? factor to much of the ending mayhem, the script holds together nicely, and the colonial invasion sequences do not flinch from the horrors wreak by the Portuguese upon the native peoples of Brazil.

Director Aragão and Cinematographer Alexandre Barcelos have given us a gorgeous film, filled with moody photography and dynamic, sweeping camerawork. The effects team keeps it chunky and gory, with just enough campy cheese to make it fun. The film’s editing is as brisk and as vigorous as the film’s action and frights. This is a complete, cohesive package. Standouts in the cast are Diego Garcias as the heroic Jorge and the luminous Allana Lopes as Alyra. But the standout is Renato Chocair as the cursed Cipriano. His performance is lusty, robust, mad-eyed, and an absolute treat.

“Cemetery of the Lost Souls (O Cemitério das Almas Perdidas)” is a blast. Moody, gory, and manic, it is tonic for the horror soul!