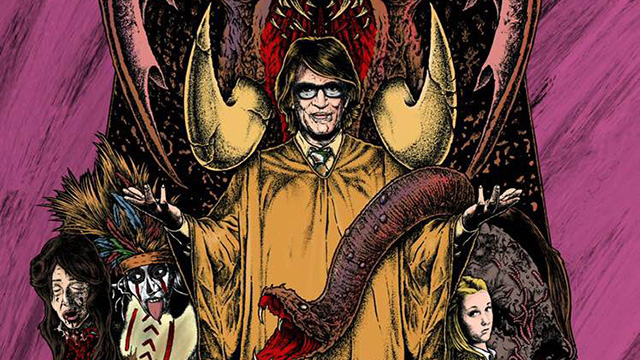 Get "It Wants Blood" today on Vimeo!
vimeo.com/ondemand/itwantsblood 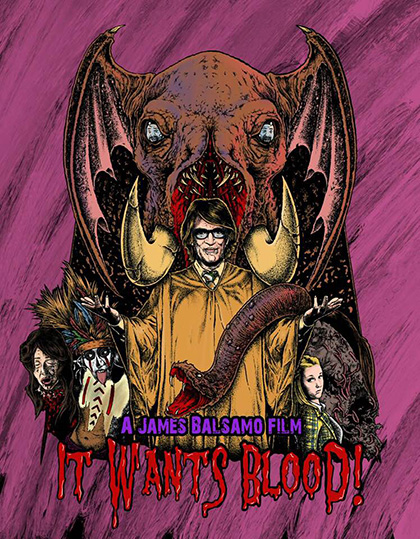 Politics can be an ugly business. There are lies, innuendo, “fake” news, scandal, and, in James Balsamo’s ridiculously excessive “It Wants Blood,” ancient monsters. Bloodthirsty, toothed, and tentacled monsters.

For nearly half a century, the bodily-fluid-covered yardstick for gross-out, all-in, political-correctness-and-good-taste-be-damned horror and genre filmmaking has, of course, been Troma. And they have been an inspiration for countless filmmakers seeking to make their film no matter the lack of budget or anything else that most would see as a roadblock to fulfilling their twisted visions. And we’ve seen so many filmmakers copy Troma down to the last viscous drop. Balsamo, however, has managed to take inspiration from cinema’s least appreciated studio and forged a look, feel, and sensibility all his own.

The plot of “It Wants Blood,” what there is of it, concerns two rival California politicians. The incumbent Senator Du Sand (an always welcome Eric Roberts) is willing to sacrifice anything (and anyONE) to remain in office. His challenger, Bruno Bastine the 3rd (Bill Victor Arucan), is a Filipino Colonel Sanders look-alike determined to unseat his rival. Navigating between the two is the political oppo research slimeball Phil (an appropriately oily Balsamo). Du Sand has enlisted the African demonic beast Nodoto to ensure he has success at the ballot box. But Bastine has a beastie of his own up his white coat sleeve, his beloved pet Zawaza. So who will come out on top? Who will be torn asunder in these two political cutthroats’ quest for power? Will Phil survive perhaps the evilest runoff of his career? And if no, will he get to bed one more beautiful woman before he meets his demise? And the biggest question of all: does anyone care when there’s as much outrageous behavior, scheming, blood, guts, T, A, and nastiness as “It Wants Blood” throws our way?

No one would ever accuse Balsamo of making (or ever even attempting) high art here. This is exploitation filmmaking. And “It Wants Blood” doesn’t shy away at the goods. Scummy characters? In spades. Naked female wrestling? By golly! Gore and brains? Ew, hell yes. If that’s what you want, you’ve come to the right horror film. Balsamo and company are clearly enjoying themselves, and unflinching is being as over-the-top as they can be. No apologies given; none suffered.

With his heavy-lidded eyes, rich crop of hair, and that infamous smile, Eric Roberts has always been able to navigate between malevolently classy and unctuously sleazy. Hair tamed, shoulders back, and tie tight; he’s the former. Let that hair flop into those eyes, drop those shoulders, and unfetter that tie, and he’s the latter. It’s sleazy Roberts we have here. He holds court while slumped in a chair, inviting those who have failed him to partake of his wine cellar (which seems to be his backyard), where they fall prey to the horrifying Nodoto. As Bastine, Arucan is a blast, mannered and ever gentlemanly; he’s deceptively devious. And Balsamo smokes and screws his way through the film with seedy, sordid glee. As with any Balsamo production, there is an array of cameos from the cinematic, horror, and wrestling world. Brinke Stevens, Steve Railsback, Amy “Lila” Dumas, Felissa Rose, and “Thriller’s” Ola Ray, and more grace the proceedings.

As for Nodoto and Zawaza? A combination of fantastic stop motion and impressive full-scale puppetry, the two demons are both stunning and delightfully grotesque. They are the highlights of the film, and any picture would benefit from the inclusion of Joe Castro and crew’s unique creations.

If there could be one key criticism lobbed at “It Wants Blood,” it would be that the film is a bit overlong. Tightening across the board would have heightened the absurdities and the sensory assault and just given a good, fun movie all the better punch. But for those people who enjoy a gooey, trashy, and endlessly fun romp into the horror (and what is scarier these days than politics?) exploitation genre, James Balsamo’s “It Wants Blood” could be worthy of your vote.