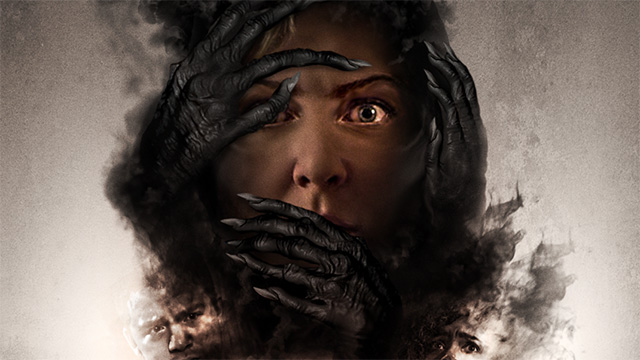 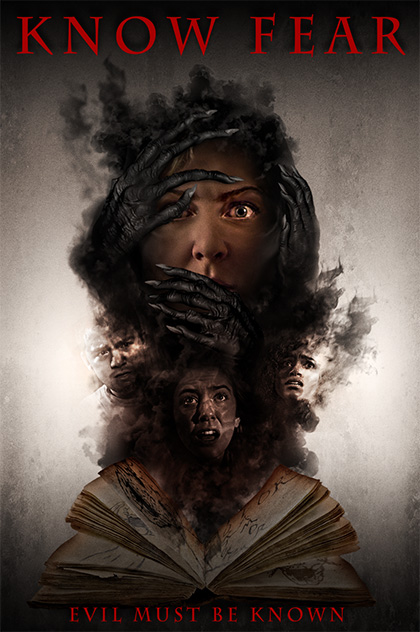 The story is a familiar one. A couple moves into a new house. Poking around the items left behind by previous owners, they come across an ancient book filled with cryptic writings and symbols. Soon, mysterious occurrences arise, and the pair find that they have unleashed a demonic force hell-bent on destruction.

Director Jamison M. LoCascio’s “Know Fear” may not be the most original of basic concepts. Still, it’s interesting what this ambitious and prolific filmmaker does with the material, and, especially, with his cast. LoCascio has directed two features previously, along with a slew of shorts, in disciplines ranging from dramatic and horror to documentary and animation. And while “Know Fear” doesn’t always succeed in the director’s favor, it is at least a look at a director with some promise, even if his tendency might be to play it a bit safe.

Where “Know Fear’s”—and LoCascio’s—strengths lie most confidently is in its cast. All of the actors have done some manner of time in various TV work, especially in various roles within the “Law and Order” brand. Most notably is Amy Carlson, familiar via that particular franchise’s “Trial by Jury” series, as well as television’s “Third Watch” and, most recently, “Blue Bloods.” Carlson is one of those actors who gets work for a reason. She’s just flat-out good, and here is no exception. David Alan Basche, while perhaps less immediately familiar, is equally reliable and, more importantly, believable as Carlson’s husband.

Joining those two veterans is a trio of younger actors, all of whom hold their own admirably. As (respectively) Carlson and Basch’s college students, Meeya Davis and Jack Defalco, along with Mallory Bechtel, are more than credible, engaging, and appealing in their roles. In particular, Bechtel, who some may recognize as Alex Wolff’s crush in “Hereditary,” is excellent as the couple’s niece—a lay YouTube paranormal investigator.

But it is in some of the other basics that “know Fear,” and its filmmaker’s skills, begin to fall a bit short. Surprisingly for a director with experience as an animator, LoCascio’s visual style is a bit lackluster and straightforward. The same could be said for his editing style. Nothing is egregiously wrong, but neither is it notable in any way. It just simply IS. And on a film like this, it needs every ounce of style and panache to sell the story. Likewise, the script by LoCascio and Adam Ambrosio, while proficient, doesn’t really bring any flair to the table.

Still, the film never really drags, and the dialogue is well-written and the story decently structured. It seems, more than anything, that “Know Fear” suffers from squandered opportunities. LoCascio can bring the scares, but, in one example, he misses an incredible chance of using his acting assets to good effect. The demonic grimoire assigns three responsibilities to each of the younger characters: One is the ears, who can hear the demonic presences, a second can read the tome’s writing, and the third can see the evil menacing them all. The latter role falls to Bechtel’s character. The actor is so good at conveying the horror that the cutaway to stock and standard hooded entity ruins what could have been a genuinely great cinematic moment of implied horror.
It would be interesting to see what LoCascio could do if paired with a better, more original idea and, perhaps, a more visionary cinematographer. He is a director who knows how to cast and work with actors. But his creative instincts seem too reserved and tepid. While his cast may have cut their teeth on episodic network television, “Know Fear” shouldn’t feel like the safe horror fare could share time slots with those shows. But it does.