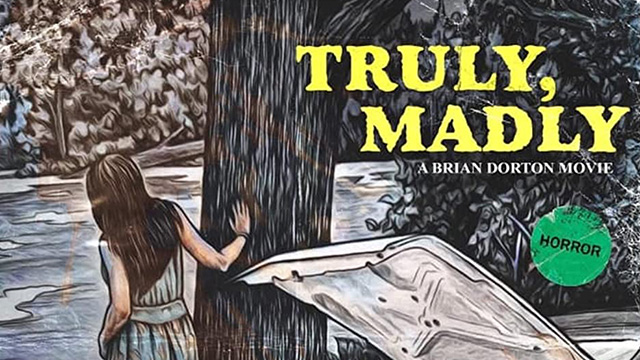 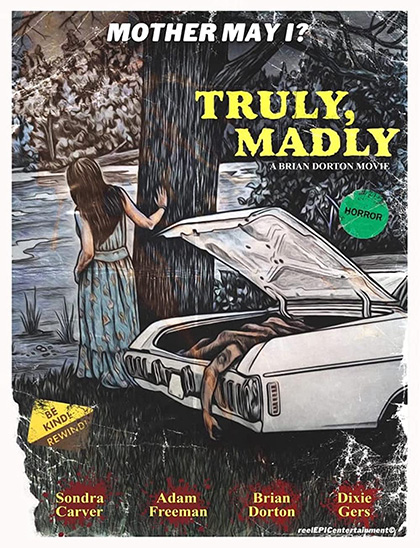 Kentucky indie filmmaker Brian Dorton’s latest film, “Truly, Madly” opens with a reassurance that the “film age, grain, distorted audio, edit jumps, and other effects” are intentional and not a result of any media or playback problems. Probably an unnecessary message, but better to be safe. It’s about the only way Dorton plays safe in this small-town tale of a woman, although well regarded in her community, who harbors a disturbing obsession with her young, gay son and willing to eliminate anyone who comes between the two of them. The film is a ragged, unpolished picture of a Kentucky community, its families, and the seedier underbelly that even a “proper” Christian town can harbor.

The film introduces us to Anthony, just weeks after his father's death in a suspicious accident. Anthony is still stuck living with his mother, Barbara. He spends much of his time hanging out with his transgender friend Geena and sneaking local men in for dates under his mother’s nose. Barbara is an assertive, outspoken woman presenting herself as pious. Preoccupied with Anthony and a desire to keep him all to herself, Barbara is willing to eliminate anyone she views as a threat or beneath her self-sanctioned moral judgment. And eliminate them she does with calm, cold, calculated savagery.

Dorton’s film might be awkwardly staged, with some less- than nuanced acting, but it is probably a more accurate portrait of small-town America than most movies. The combination of nosy gossip and self-righteous hypocrisy are familiar tropes, but there’s also a qualified acceptance of Anthony. A character boasts about her knowledge of the gay community thanks to her lesbian cousin. Yes, it’s a far cry from open acceptance, but it shows that there is at least acknowledgment even in the smallest American communities. The disdain and unwelcome curiosity that greets Geena while she is out in public shows there is still a long way to go.

But “Truly, Madly” is, despite its social depictions, a horror film, and the villain of this one is Barbara. Sondra Carver creates an unsettling and disturbing portrayal of Barbara as a ruthless Jocasta, mother to a less than reciprocating Oedipus. Her scenes with Adam Freeman’s Anthony range from controlling to downright cringe-inducing. It’s a genuinely unsettling performance. Freeman gives us a portrait of a young man slowly realizing that his mother’s pathology may more far-reaching than he ever could have suspected. As Geena, Dorton himself fills the role. She is Anthony’s best friend and confidant and one of the film's lynchpin characters.

As previously noted, Dorton was not concerned with making “Truly, Madly” a slick or polished product. However, it never falls prey to the so-common tendency to rely upon its grindhouse stylization in place of its story. At the same time, where “Truly, Madly” feels lacking is in fulfilling the promise of its story. Dorton never quite sticks the landing on the multitude of narrative threads he presents to the audience. Every one of them is enticing, but they are almost all just fragments. The film hints at Barbara’s dark past but never develops it beyond a few tawdry details. It would have been nice to see maybe a few of the townsfolk’s stories jettisoned in favor of developing her and Anthony just a bit more.
Dorton has a definite talent at creating characters that are far from cookie-cutter. And “Truly, Madly” gives the audience, in Barbara, a woman to be reconned with and feared. Along with its fresh depiction of its small-town community, the film manages to pull out an 11th-hour twist that is guaranteed to startle. It’s a final payoff that would have been welcome a bit more frequently in a picture that sometimes teases more than it wholly fulfills.

This devil of a reviewer gives “Truly, Madly” 3 out of 5 imps