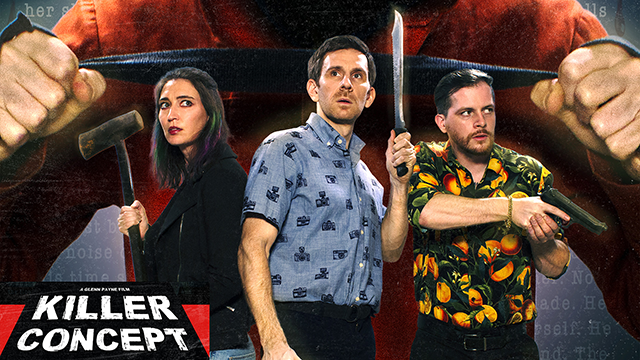 Killer Concept is a thriller centered on three individuals working together to write a screenplay on an active serial killer in their small southern town.

While serial killer films can often blend into one another, Killer Concept is able to weave in dark humor, character fantasies, and the creative process in a way that provides a breath of fresh air to a typically strangulated genre.

Killer Concept is anything but standard. The casting of Coley Bryant, Casey Dillard, and Glenn Payne as our three creatives, brings together three very different personalities and presences on camera that work well together in a very dysfunctional symbiotic manner.

The scenes are well lit, the color tone choices solid, and composition of shots effective, creating a visually pleasing experience for the audience. The film’s beautiful shots throughout create an aesthetic cinematic experience. The obvious attention to the film’s color palette subtly enhances the tone of the film providing an atmosphere evocative of the character’s internal state of being.

At times the dialogue does feel a little forced, but the comedic relief and overall scene choices, pull the audience back into the world created by screenwriter Casey Dillard.

While comedy is used with finesse throughout the film, the filmmakers are able to end on a dark and disturbing note that leaves the viewer unsettled and yet thoroughly entertained.

I would highly recommend adding Killer Concept to your watch list. It will not disappoint! 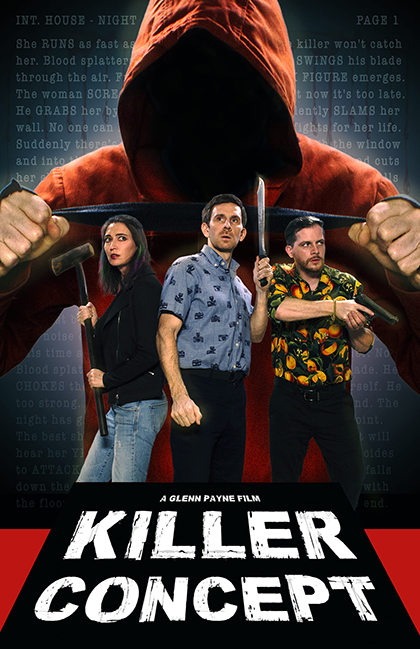