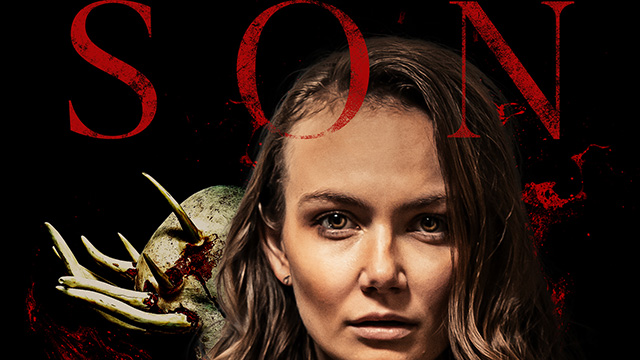 Son sets the overall tone of intense with an immediate audible and visible bang. With such a strong opening, there is no question that this film is going to take us for quite a ride.

Throughout the film the deliberate shot and color palette choices create a visually appealing experience. While the blood and gore initially feel gratuitous, they reveal themselves to be completely necessary, if not downright entertaining. Who doesn’t love a bloody good time when tackling the subject of cults and the supernatural?

Towards the beginning of the film the transitions between scenes, although shocking, feel almost playful; like a gory horror pun accompanying startling dialogue. As the film progresses the relief between intense moments becomes less and less light, and the overall tone pulls us steadily into a darker space. The film relies heavily on jump scares and disturbing imagery reveals; but a strong cast and captivating script help carry the continuous jumps, and the viewer becomes desensitized as the film progresses. It’s as though the viewer is directly connected to and experiencing the same space of processing and disconnect as Anna. Intentional? Perhaps. If so…brilliant.

Many of the scenes are absolutely poetic and shot in a way that are a physical representation of the internal psychosis of our lead character Anna played by Andi Matichak. Subliminal images and inserts are very reminiscent of the Exorcist, along with the overall Haddonfield vibes of the town they live in, are effective in supporting the increasing uneasiness and intensity of the film.

The filmmakers of Son are not new to storytelling and the art of
filmmaking. They effectively use each setting to develop and magnify the story. One memorable scene in the film is a wide shot on a porch with countless crosses of varying sizes, textures, and materials, along with uncommon, and yet effective, lighting color choices, that sets the expectation of what madness we are about to find when we are finally introduced to the character of Jimmy. The viewer can’t help but lean into each scene, waiting and anticipating.

Acting can make or break believability in the world of horror, and in this film, the world absolutely delivered. Though his overall time on screen was limited, Blaine Maye’s portrayal of Jimmy left the greatest impact. The natural chemistry and connection between the characters of the son and the mom is extremely important to this entire film landing on its mark. Andi Matichak and Luke David Blumm not only execute believability in their unbreakable and authentic bond, but also deliver the complex layers of their own individual character arcs, resulting in compelling performances. Emile Hirsch delivers a stellar performance as Detective Paul. His ability to finesse subtle layers within his character, while still projecting an overall hero
archetype, is what ultimately helps tie the overall storyline together and create an even more terrifying impact.

Son captures the essence of memorable horror films from the 70s and 80s, while building on top of the foundation of southern gothic tropes; creating a nostalgic experience and overall love note to the artistry of the horror genre over the past few decades. Through the gore, the scares, and the increasingly intense storyline; the viewer is not sure where the final destination is of this ride, but it doesn’t matter. Layer after layer this film builds, speaking to and disturbing every sense in the body. The look, feel, and beautifully dark twists of this movie, make this an epic horror film of a spiral into deliciously evil madness. 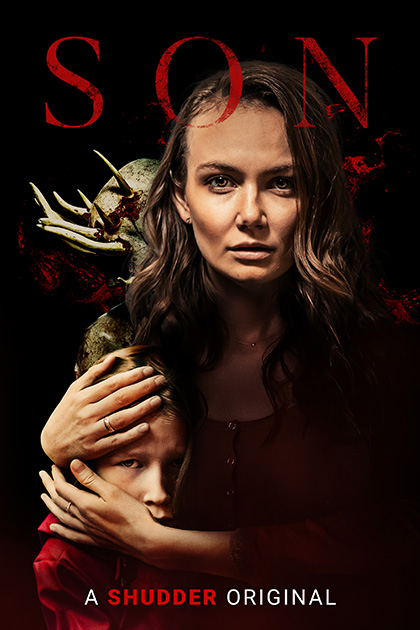