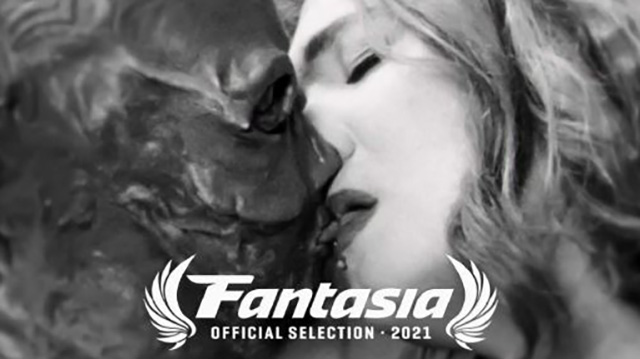 MONSTER DYKË: a shocking and wild experience, to say the least…
Film Review by Ashley Turner


MONSTER DYKË is a short film shot on 16mm and created during the pandemic. Created by Mariel Sharp and Kay Adelaide, featuring original music from Montréal’s Kue Varo; starring Kaye Adelaide and Andromeda.

Synopsis: A transgender sculptress has a lesbian awakening when her creation comes to life to rock her world. A sexy, gritty, campy yet tender portrayal of transgressive love and lust. 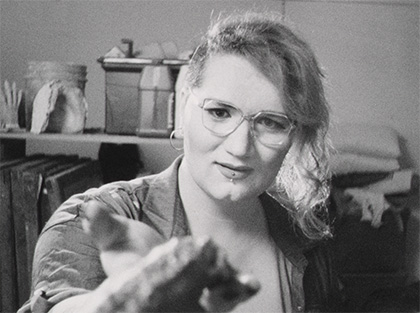 The film opens on an intentionally shaky b&w shot, immediately establishing a raw and gritty tone. We are instantly introduced to the plight of our main character: the human struggle of love and loneliness with added layers of dehumanization and condescension received in what should be endearing and basic human interactions. Anyone who has ever been belittled by a partner can relate to and sympathize with our main character. 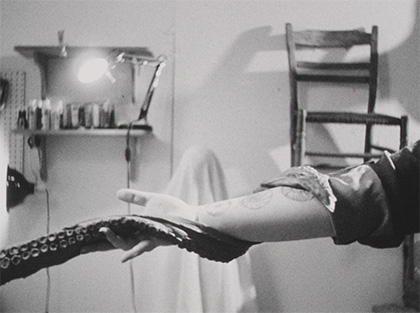 We see our sculptress losing herself in shaping her monstrous clay creations….and then the film takes an abrupt turn onto Shockville Lane. Allow me to just sum it up: We are taken on a very detailed and extended length journey of a lesbian awakening experience with a clay alien-like octopus brought to life. It’s worth mentioning that the emergence of what appears to be a hidden second vagina looks remarkably like an alien face-hugger and the horror nerd in me was secretly hoping this would take a gruesome turn…but that moment never came to fruition. Darn it. 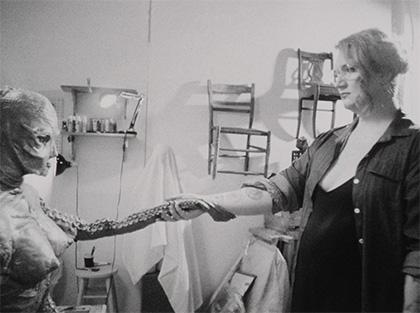 After watching this film, my immediate reaction was, “What in the actual *&%^ did I just watch?” Digging a little deeper beneath the surface, I see this as an expression of something more. The filmmakers use the campy and gritty tones to offset the very real idea of internalizing one’s monster of the world’s perception of us, and then embracing it. Our sculptress became close to and literally one with her monster, and through that experience, she was able to find the confidence and internal power to be unaffected by the venom thrown at her from the external world. This notion that by embracing what others may demonize in us, we are awakened and liberated from that judgment is a powerful statement. 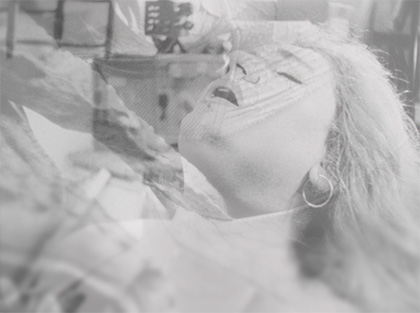 While lasting only about 4 minute, MONSTER DYKË is a film that stays with you long past its viewing; but be forewarned that this may not be appetizing to everyone’s tastes. 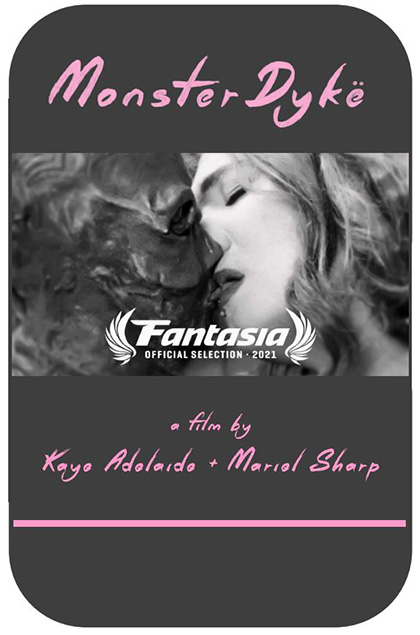