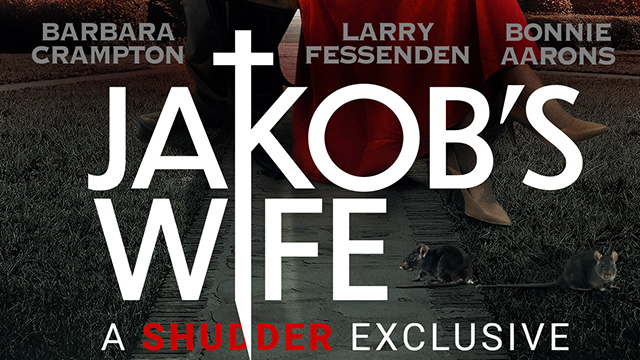 Jakob’s Wife Review (may contain spoilers): The Vampire genre is back, and it is back with a vengeance…
Film Review by Ashley Turner

Anyone who knows me, knows that I have been OBSESSED with the vampire genre since I was probably too young to be watching it. From mainstream titles to abstract underground indie films, classic to modern, and everything in between…I have completely eaten that genre up. Pun absolutely intended. 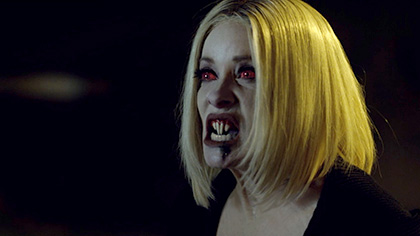 For quite some time, post 90’s to maybe early 2000s, it seemed like the vampire genre had mostly floundered, with a few random gems scattered throughout; but we all know the 80’s really owned the vampire scene. The genre needed some new blood (yep I did the pun thing again; I just can’t seem to help myself) to bring it back to life. 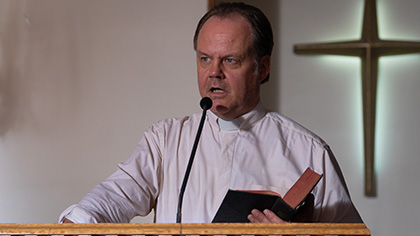 With zero presupposition that I was watching a vampire flick, I found myself slowly pulled into the dynamic of a repressed and consistently shut-down preacher’s wife living in her own cage of silence and obedient routine. We are quickly introduced to a dark world of potential supernatural elements, but the film knows how to deliver in layers and subtlety. A major nod to the filmmakers for taking this genre and developing their story with a steady hand for reveals. They understand the art of finessing the build up of tension, layer-by-layer, to deliver a powerful impact. 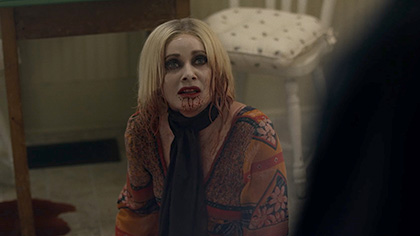 Barbara Crampton and Larry Fessenden absolutely shine as Anne and Jakob Fedder. Oftentimes we find in a film with feminist undertones, the characters who are directly feeding into the suppression of our protagonist are often one-note and do not tend to go through any kind of transformation themselves. In this film, not only does Barbara Crampton deliver a phenomenal performance that is layered with self-discovery, embarrassment, guilt, confidence, fear, and pride; but we also see an equally powerful transformation within the character of Jakob. Jakob, the initially pious and cold preacher, experiences a building war within himself and eventually unravels in his desperation and love to save his wife. We see their connection truly strengthen and come alive through this unique “domestic situation”. 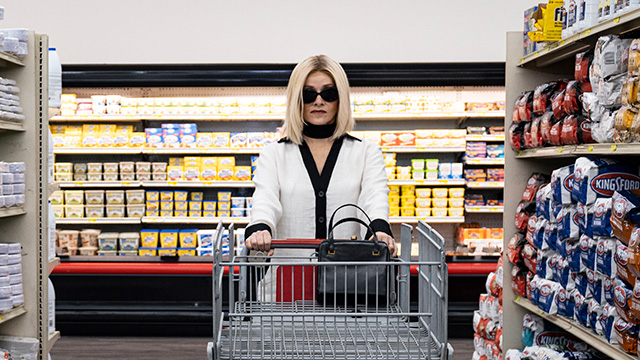 Wife have an insatiable thirst for blood? No problem! Jakob is a problem solver….get her high to curb the insatiable lust for blood! Jakob even learns to have a bit of humor through the process. Way to loosen up a bit, Preacher Jakob! 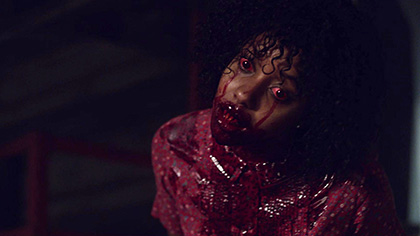 Through incredibly difficult times, relationships can find what they need to reconnect and strengthen. Funny how a little vampirism can open up the lines of communication, trust, and redemption between a couple. Have a problem in your marriage? No sweat…get bitten. If they can get through this, they can get through anything! 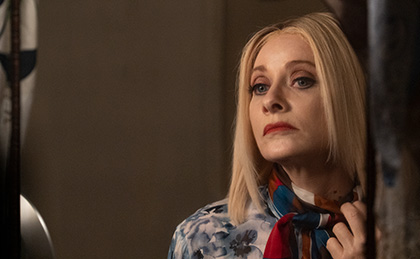 I also loved, loved, loved (did I mention loved?) the spin on the master vampire, played by Bonnie Aarons, coming from a lineage of female master vampires. The vampire felt like a love note to the Nosferatu-inspired form of the vampire in teeth placement and shape choice, the ears, and overall slender and creature-like appearance. It is truly a love note to the vampire genre of the past. The film weaved in the old-school vampire nostalgia we’ve been missing for so long with the Nosferatu-like vampire style, gore, and layered storyline; while also giving it the much-needed breath of fresh air it needed to electrify the genre back to life. 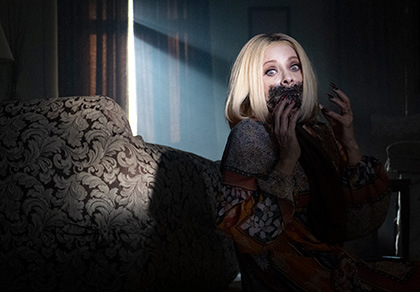 The effects within the film are true to the vampire genre and are terrifically lovely. The smoke and sound effects during the vampire burial scene are fun and plays into the commonly-embraced vampire-rules of the genre, because: stakes and holy water. Obviously. The vampire killing scenes are gruesome, gory, and deliciously horrific. Although I saw it coming, I tensely leaned into the scene at the dentist’s office with the UV teeth brightener. I was all for the special effects laid out during the film. 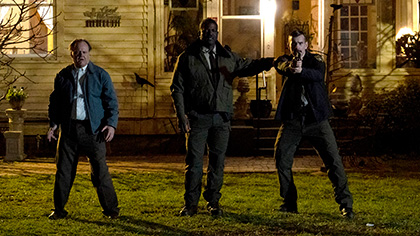 The vampire in this film seemed to represent liberation and freedom; it represented feminism. This idea that she was “bitten” by these notions of liberation, confidence, and power; but the ultimate choice to completely choose that life and complete her transformation was completely her decision and required a very deliberate action by Anne. It was a beautifully executed correlation. 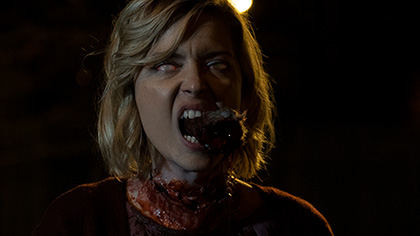 At first I wasn’t sure how I felt about this idea of independence and autonomy being demonized and represented by a monster. Then I realized that perhaps this is being represented exactly as such because that is how Jakob and Anne view those characteristics in such a demonized light. I actually really like that we are viewing it from their perspective and creatively manipulated into responding in a way that mirrors their own visceral reactions. Well played, filmmakers, well played. With that said: Own your vampire, Anne! Eat those men, errr I mean antiquated traditional concepts, up! 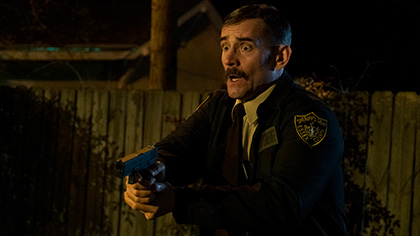 The ending (don’t worry, no spoilers here) is probably the most realistic ending you could expect in the world and scenario presented within the film, and I found the final shot brilliantly captured the foreshadowing dynamic of what they will be living in from this point forward. What happens when you cross a femme-fatale vampire and a preacher? An epic love story filled with horrifying, bordering darkly comedic, shenanigans and blood, that’s what.

If you couldn’t already tell, I highly recommend watching Jakob’s Wife. You will have a bloody fantastic time! 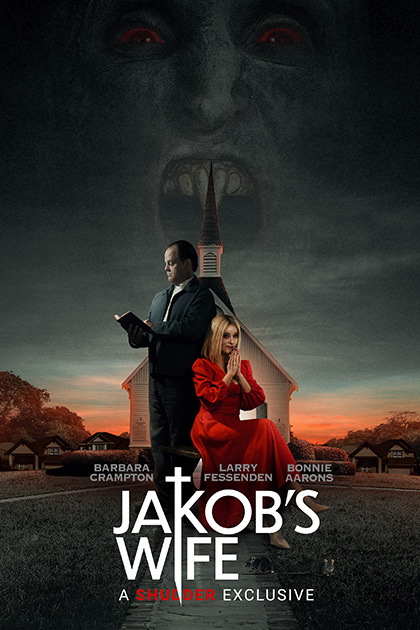