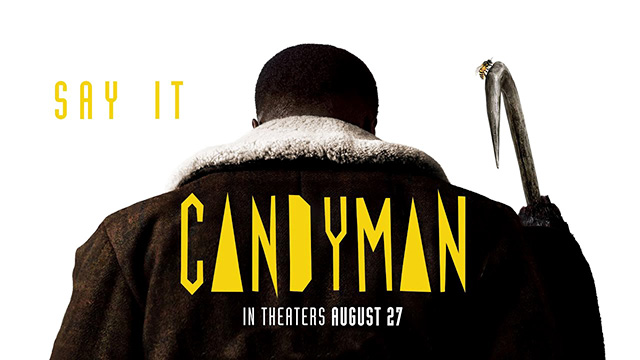 Synopsis: A sequel to the horror film Candyman (1992) that returns to the now-gentrified Chicago neighborhood where the legend began.

I’ve always been a fan of the Candyman movies; in fact, truth be told, I still can’t bring myself to say his name five times in a row. Judge me not, ye horror hounds. The film series has always carried a terrifying premise mixed with smoky, and dare I say sexy, undertones that are largely attributed to the charisma of Tony Todd and a great film score.

We are brought to present-day Chicago, with highly gentrified neighborhoods woven in with the cut-throat pretentiousness of the highly coveted art world. Our shift to African American protagonists played by Yahya Abdul-Mateen II and Teyonah Parris is refreshing within the horror genre. We are given different perspectives culturally, socioeconomically, and unique to each character’s origin story. The difficulty of navigating the present, with the past still erupting the earth beneath their feet as they try to navigate the hopes of their future, is so subtly finessed into character motivation and sprinkled in quite well throughout the storyline.

Oftentimes in horror film series, we have already been given the rules of the world that these characters exist in. We have bought into the framework and so we hold those expectations throughout. If the rules are modified, added onto, or eliminated; they have to be done in a way that is palatable. With the revival of the Candyman film series, we are given a story layered with complex details and a slow unraveling, true to the stylistic storytelling method of the Candyman film series. The expansion of the world and added rules feel a bit confusing and disjointed at first due to the slow unraveling of the story. Initially I thought I was watching a completely different actor being portrayed as Candyman and wanted to yell, “Imposter,” and throw my popcorn at the screen. Yet as the story unfolded, I realized where they were going with it and suddenly I was intrigued. Halfway through the film, they were able to connect the pieces in such a way that I realized, “I think I dig it. Ok, ok, I’m into it.”

Strong acting, with lead actors able to emote such powerful scenes, delivering each and every time, helped sell the expansion of the world of Candyman in this film. Each and every actor knew when to give the emotion, and they knew when to deliver those slight moments of reprieve with just enough dry comedy.

Jordan Peele and team once again artistically weave in contemporary social issues facing many minority communities, and apply that social commentary into a powerful script, while still following the horror formula that speaks to every horror fan regardless of background. They also know how to execute a technically beautiful film in composition, lighting, color, sound, and cinematic choices.

It takes a great script to lead me to a place where I am leaning forward and urging the character, “Say his name. Unleash him. Get them.” That’s absolutely something. I love what they did and how invested I was by the end of the film. They had me deliciously leaning into the madness and embracing the darkness.

Without revealing too much, I will say that the filmmakers pushed the envelope to the very edge of how to expand this world and review the series, and still pay tribute to the original; beckoning in new fans and embracing nostalgic fans alike. If you're going to do a revival from a well-known and unique horror film series....this is how you navigate it. I definitely recommend giving the film a chance. You might just “bee” surprised. Yes, I just went there. Groan away. 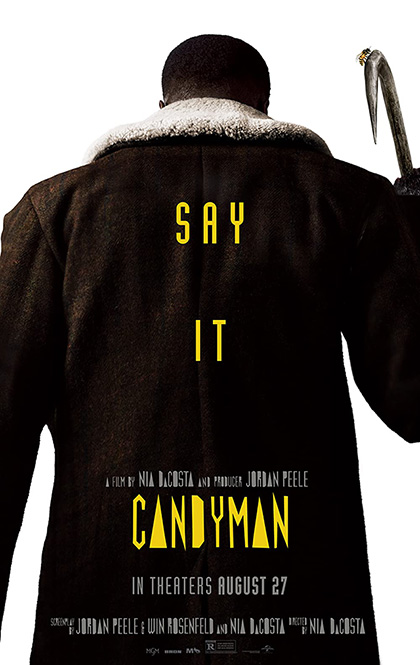