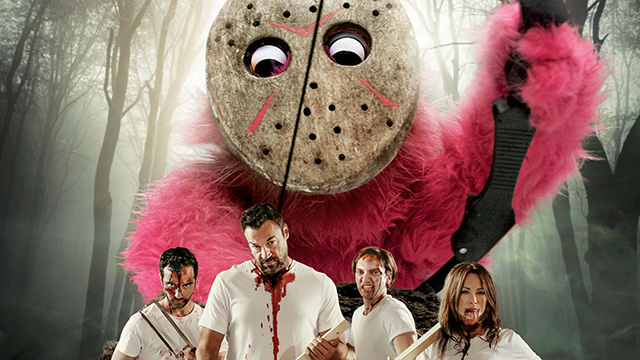 Puppet Killer will premiere in Regal Theaters in the USA on September 21st.

Who’s pink and furry and full of fury?

‘Puppet Killer’ has garnered an impressive 73 nominations and 30 awards and is labelled as a film that is “destined for cult status”. Director Lisa Ovies wrote the story and collaborated with screenwriter Kevin Mosley. ‘Puppet Killer’ Executive Producers are Evan Tylor, Caterina Scrivano, Lisa Ovies, and Jack Fox and is produced by Lisa Ovies, Aleah Anseth, Michelle Muldoon, Eric Carbery, and Aleks Paunovic.

‘Puppet Killer’s killer score comes from Composer Stephen Gallagher, most notably known for ‘The Hobbit’ Trilogy, 'Lovely Bones’ and ‘District 9’. Stephen (Gallagher) was drawn to the project as he recognized all the elements that he loved of classic horror films alive in the film. Puppet maker Jack Fox is the creative talent behind the puppet Simon.

Ten years after the disappearance of his stepmom, Jamie and his friends head to his family cabin in the woods to celebrate the Christmas break. They soon realize the demons from Jamie’s past have been waiting for his return as they are forced to fight a psychotic killer obsessed with horror movie icons.

Follow the film on social media for theater listings, giveaways and more. 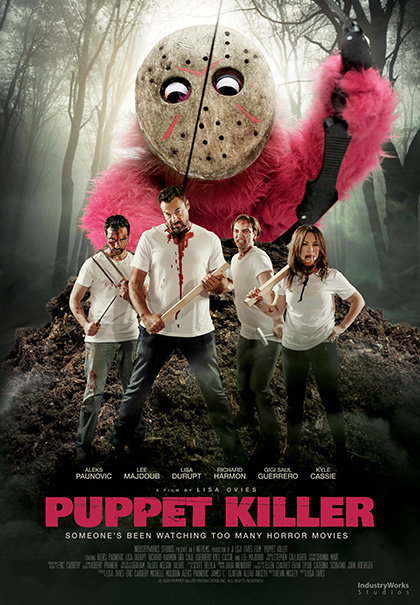