Review of “Ramekins: Ramekin II” by The Headless Critic 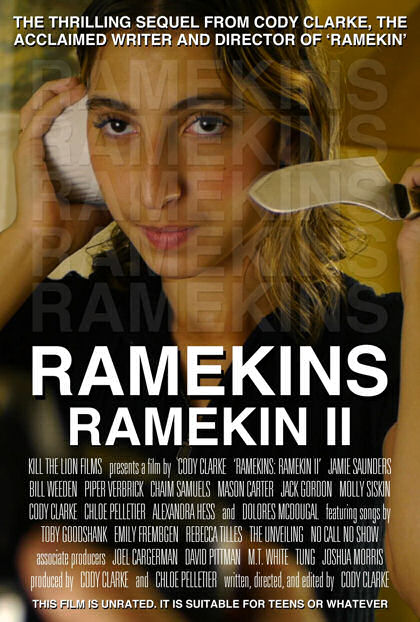 Emily (Jamie Saunders) loves her life. I still don’t know why a young person would want to live with an old person in an apartment like that but I’m happy to hear it. Emily lives with her great uncle Jared (Bill Weeden) and he’s a great, Great Uncle. They don’t like titles though. They live in Emily’s Grandma Iris’s apartment and she was the best. Living where Grandma Iris did and sleeping in the bed where she slept and all her possessions around them down to the ramekin dishes in the cabinet, it feels like she’s still there with them. Emily wants to be an actor but New York City is just so big and Emily is just Emily. Emily’s still sending out self-tapes, those are different than selfies by the way, and she’s applying for roles. It’s just so tough. Jared still believes someone is going to see Emily one day and know she’s got what it takes because he sees it in her every day. Then one day someone finally saw the inspiration in Emily that even Uncle Jared didn't see.

Independent filmmaker Cody (Cody Clarke) saw Emily’s self-tape on an acting database and came up with an idea of a movie for her to star in. It's about a killer ramekin dish that gets in Emily’s ear telling her to do things, bad things and traps her in her own apartment so she can't leave. So cool. When Cody and Emily meet at Emily’s apartment to talk about the film, Emily’s apartment is even the perfect setting for the film that Cody had been looking for. There’s even great elephants and tigers on the wallpaper, the place is just great.

Uncle Jared decides to get out of the apartment for a while, get a little wind in his hair so Emily and the film crew can use Grandma Iris’s apartment to shoot the movie there. Grandma Iris even had that ramekin dish in the cabinet they can use for filming. Emily’s friend Mark (Chaim Samuels) and Jane (Piper Verbrick) are even actors who would be great for the supporting roles. It’s crazy synchronicity. It feels like this film is destined or something. I guess Emily deserves it or something. She certainly feels like she can do anything now!

I highly recommend the original Ramekin as a film study on how to make a great movie on basically no budget. When I saw it, I hoped for our sake there was a number two. Ramekin II is Cody Clarke’s A New Nightmare of filmmaking. Cody takes his first feature film Ramekin, and turns it into a movie, creating a new world with its characters playing themselves as actors in the sequel. Similar to Heather Langenkamp playing Nancy Thompson in A Nightmare on Elm Street, then an actress named Heather in Wes Craven's New Nightmare, Jamie Saunders plays Emily in Ramekin and an actress named Emily who’s starring in Ramekin in the second film. Director Cody Clarke even co-stars as himself of sorts.

Both films have their own stylistic way that adds a weird energy no other film has, because no other film has Cody Clarke directing except his own movies. They are a great film study for do it yourself filmmakers to create their own individuality that includes more than dubbing sound, yeah I caught that. Just as Quintin Tarantino films are all different while keeping a similar style and energy, Cody Clarke does his own version of that on limited resources proving that the only thing you need to make a good movie is great dialogue, individuality or at least a creative story to tell. Something ninety-nine percent of films made without resources just don’t seem to comprehend. Cody Clarke is the greatest living filmmaker and the greatest human being I’ve never met. 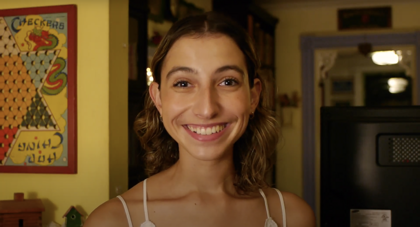 Ramekin star Jamie Saunders isn’t crazy, she’s just a little weird. She’s exceptional once again as Emily, playing perfectly into their weird energy Cody creates. She has a bond with Cody as a director that crosses universes and bends the very nature of reality as we know it. They are inextricably linked in my mind.

The rest of the small cast of the original film is expanded upon, adding amongst others the director himself and his girlfriend or sister or something Chloe Pelletier, blowing up their spot, creating that additional layer of a movie within a movie, or perhaps a real story within a movie? I’m not really sure. I mean how would you like to see the woman who stole your man read the book you wrote in his next film? That’s real horror isn't it? And of course there’s incomparable Bill Weeden. The original Ramekin movie was psychological horror, for the sequel Bill Weeden brings the blood. Bill steals the film both figuratively and literally, taking over the Ramekin role with both his fantastic acting and ability to take her out. He's the ramekin whisperer of the Ramekin movies, truly enslaved to the role.

Watch the First 20 Minutes for FREE!