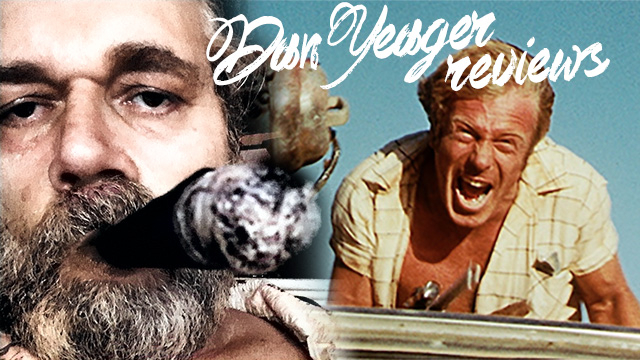 A Review of "Wake In Fright"
By "Leather Face" Dan Yeager 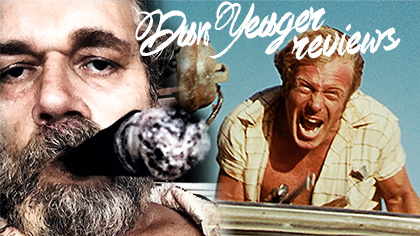 Wake In Fright is an Australian film from 1971, and it's a bit of an artifact. It is definitely a movie from its time with a real Cinéma Vérité vibe. Despite having Donald Pleasence in a prominent role, it is not a horror movie. I know we argue a lot about what is and isn't a horror movie, but I think I'm on pretty safe ground with this one. To be one of those name-dropping Hollywood pricks for a moment, I was sitting one night talking to Tobe Hooper until 3:00 AM, drinking scotch and smoking cigars, when the question of “What makes a movie Horror?” came up. It was his position that “It isn't a horror movie unless it has a cemetery in it,” so I usually hang my hat on that.

To reiterate, this movie is a bit of an artifact of a different time. Before it starts, there's a disclaimer about the depiction of kangaroo hunting. It is very graphic. We don't make movies like this anymore because it's already been done and the gratuitousness of the savagery doesn't really move the story forward. Before the end credits, there's a “Producer's note” to the effect that the footage was shot during an actual kangaroo hunt by licensed, professional hunters, and it was left in its entirety in consultation with wildlife conservation authorities. The kangaroos are now severely threatened. 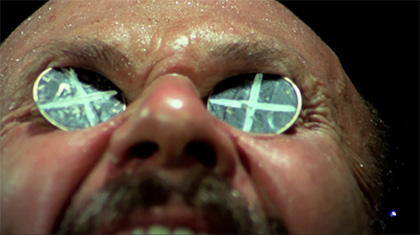 Beyond the animal killing, the movie tells the story of this fairly straight-laced school teacher in a one-room Outback schoolhouse, played by Gary Bond, who is going to spend Summer vacation in Sydney. He hops a train but decides to get off in “The Yabba,” a weird, Felliniesque town still many miles from his destination. It's a town full of characters operating outside the bounds of what we would recognize as normal. He gambles all his money away and ends up at the mercy of some local characters, particularly one played by Donald Pleasence, who is his usual creepy and twisted self in the role of Doc Tydon, a truly remarkable doctor/hermit who lives by his own rules in a bizarre little shack. There's a lot of homoerotic subtext that will bother the folks who are probably less likely to be offended by the animal violence. It really does have something to offend everyone.

It's an interesting movie, and if I tried to explain it to you, you'd probably not want to see it. It's like when people try to tell you about their nightmares. It doesn't translate well. My only criticism is a technical one. I saw a screener that I streamed from an online source, and there seemed to be a frame-rate issue with the upload. I assume this is where the glitch occurred as the movie has been recovered and preserved by the National Film and Sound Archive of Australia. Even this abnormality only contributes to the disorienting unease one feels while watching the story unfold. 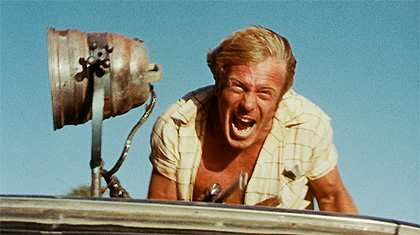 Regular readers of WYH are known to be horror fans, and as I've said, I don't think this one qualifies as horror. It certainly has horrific elements, but I wouldn't wish to mislead anyone. As a student of the cinematic arts, I think anyone with an interest in motion pictures would get something out of it. It is not a pleasant experience, but neither will it leave you unaffected. It might make an interesting double feature with Mad Max. 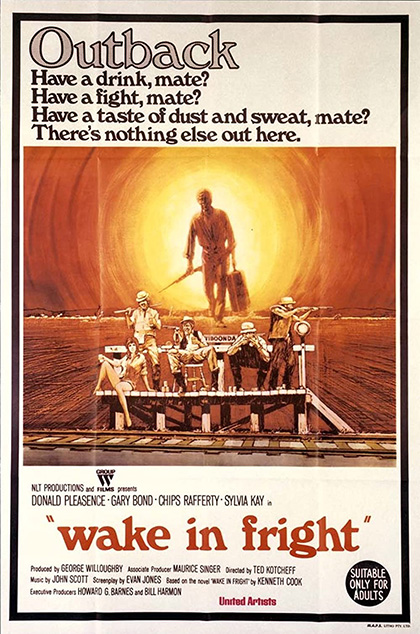