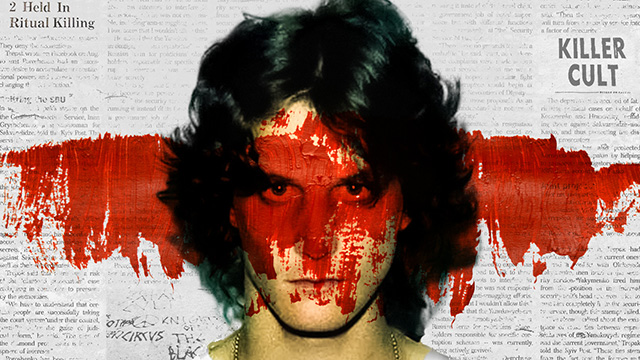 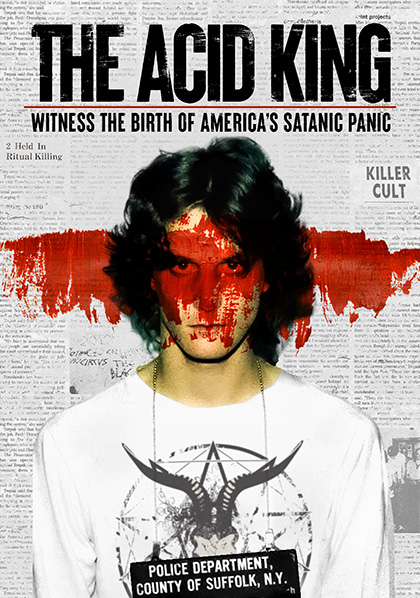 “This is a story about trauma and disconnection.”

For those of us of a certain age, we lived through a particularly odd time in the thinking of white suburban American parents and people in power known as “Satanic Panic.” The 60’s Age of Aquarius ended with Altamont and the murders in Laurel Canyon. That hippie interest in planes of existence and New Age thinking began to darken, along with people’s faith in their government. As Satan and the occult began to work their way into pop culture throughout the 70s, kids began to take notice. Hell, with even comic books like “Ghost Rider and “The Son of Satan” on the racks, how could they not? Then, finally, the cynicism and hypocrisy of the Moral Majority, Regan-era 80s collided with heavy metal music and ever-increasingly disenfranchised teens. And all manner of misguided judgment of American youth was the fallout.

The murder of teen Gary Lauwers at the hand of 17-year-old Ricky Kasso, the “Acid King” of the title of this documentary, was possibly one of the most infamous of these Satanic Panic cases, with Kasso becoming the poster boy for Devil-worshipping crazed killer. The truth of the tragedy of what happened in a small Long Island community in July 1984 is something far more mundane and all-to commonplace. And it is far sadder and more terrible than any ritual sacrifice could have been.

Jesse P. Pollack (who authored a book of the same name) and Dan Jones wrote and directed the film. “The Acid King” is a measured, thorough, and respectful look at the life of Ricky Kasso, the events that led to the death of Gary Lauwers, and the media-frenzy that sensationalized the case and cast a shroud of shame and ignominy over the town of Northport, New York. The film features interviews with long-time residents of Northport who grew up with and knew Kasso, Lauwers, and the other two young teens involved the night of the murder, Jimmy Troiano and Albert Quinones.

Pollack and Jones detail the drug use and rough street life led by Kasso that helped a troubled kid, kicked out of his home at age thirteen and forced to fend for himself find a fascination with darkness, crime, and drugs. But the pair are careful, through the frank and often raw recollections of Kasso and Lauwer’s teen peers, to show that it wasn’t the heavy metal music—or even the drugs (though the latter were unquestionably a factor in both boys’ decline)—that drove Ricky Kasso to murder. The filmmakers instead excoriate the lack of family and attachment that Kasso especially lacked in life.

Equally condemned is the blow-up of misplaced and often outright irresponsible media coverage that sensationalized the incident. They took what was, at heart, an LSD-fueled angry retaliation over a drug ripoff and painted it as the work of a Satanic cult. And it played right into mothers’ and fathers’ growing frenzy over musical lyrics and a blindered refusal to acknowledge their own failures as parents. As Northport’s Brendan B. Brown, of the band Wheatus, says in the film, “What the fuck is going on in the suburbs?” The answer is not the work of The Devil.

Anyone who looks a bit different, or doesn’t quite fit in with the way Mommy, Daddy, or the “cool kids” expect, or just feels abandoned by the world at large, will get this film immediately. It should be a welcome and worthwhile viewing. But it’s a story they know all too well, and while they will appreciate it, “The Acid King” is something that a broader, more mainstream audience should instead see. They might learn a thing or two from it.

While Ricky Kasso wasn’t innocent like Damien Echols of the West Memphis Three, his story is complex and tragic. He may indeed, as one interviewee calls him, have been “evil,” but the story of what happened that night in July, deep in the Aztakea Woods of Northport, is something that needs to be told in an unvarnished—and unembellished—manner. In doing just that, the filmmakers of “The Acid King” pay respect to the community of Northport, NY, and to the memory of Gary Lauwers.

This devil of a reviewer gives “The Acid King” 4 out of 5 imps.