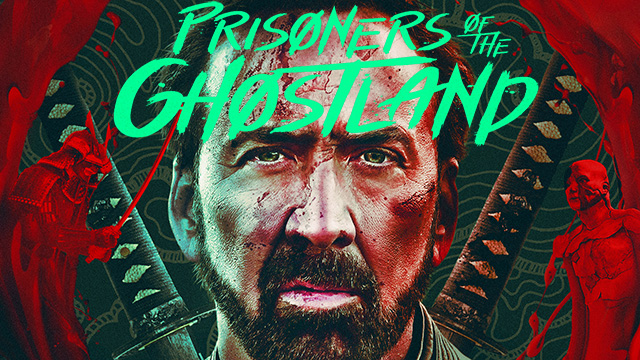 Slashley Reviews: Prisoners of the Ghostland

‘Prisoners of the Ghostland’ an aesthetic overload of concepts...
Film Review by Ashley Turner

Prisoners of the Ghostland immediately sets the overall tone of the film with a vibrant, and yet surreal, environment. It’s hard to immediately determine the world we are existing in…is it modern? Stuck in time? Where and when exactly are we? We have a neon world colliding into the traditions of the past, and it’s not just one tradition. We have influences of geishas and samurais awkwardly crashing into the Wild West. It’s like Kill Bill meets the Fifth Element…and I’m still unsure if it completely landed. 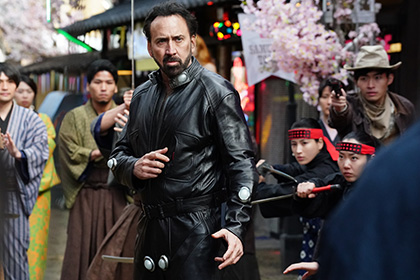 We are quickly introduced to our villain, the Governor (Bill Moseley), and our anti-hero, ironically named Hero (Nicolas Cage). The Governor is clad in all-white pristine formal western wear along with red gloves (lovely creative nod). After all, such a worshipped figure such as himself must have figurative blood on his hands, while openly toting around his harem of “granddaughters”; his sweet peaches. Hero is the rebellious middle-finger we absolutely need to offset such a creep as the Governor. 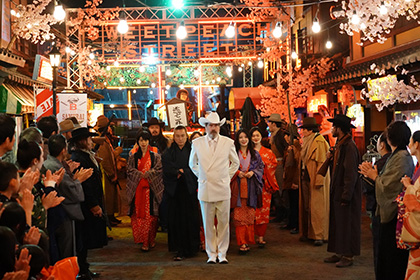 The dialogue between the Governor and Hero quickly establishes what we are to expect as the general nature of our characters. The dialogue does feel like an attempt to embody the long-winded exposition and overall quip in the same vein of Tarantino. Unfortunately, the delivery of this style of dialogue is not so easy to capture and doesn’t quite land in this film. It unfortunately feels a bit forced and creates a bit more disconnect in an already unbelievable world. 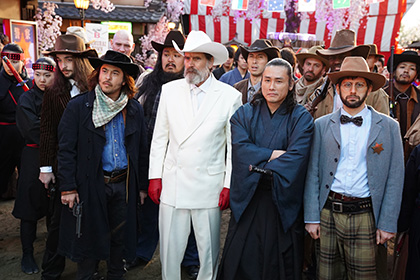 Three characters shone through this film and to me, inadvertently created the connection I needed to commit to seeing through and eventually buying into this movie. Sofia Boutella, the escaped prized peach and geisha “granddaughter” that Hero is tasked with bringing back from the Ghostland delivered such a powerful performance; not an easy deed in such an outrageous world. Despite overall limited dialogue, her ability to strongly emote so many emotions during her screen time sold her storyline completely. She gave the audience something with substance to connect to. 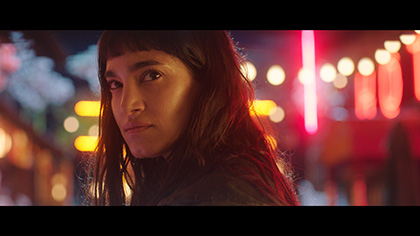 Oddly enough, the character of Ratman (Young Dais), although difficult to understand most of the time (more of an audio issue versus delivery), quickly became endearing and you couldn’t help but cheer for this odd, creative, tinkering character; such a key element to the overall success of the main characters.


Lastly, Yasujiro (Tok Sakaguchi), another character limited in dialogue but given such a powerful and relatable motivating force, delivered a strong performance. His conflict and actions were so real and consistent in such an overwhelmingly bizarre world. 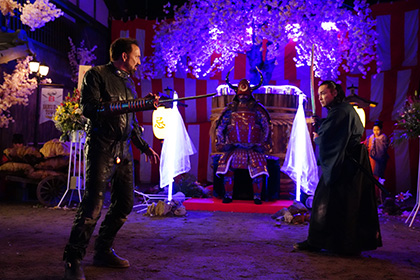 I’ll try to tackle the bizarreness of this world without giving away too much of the plot. I think a lot of the negative reception of this film is in the overall clash, amount of warring concepts, and quantity of styles put into one movie. I had to pause and really digest what I watched and ask myself, “Why? Why are there so many different styles, eras, tones, levels of reality in one film?” To me, it all lies in the source of the plant explosion. Let’s get psychological for a moment…a nuclear explosion occurs, nobody saw it coming, in such a modern world where a melting pot of backgrounds exists. How do people react to such a strong, devastating event? How do they live in the apocalyptic aftermath? I think that’s what we see in this movie. Some people literally hold onto the past, refusing to move forward because the idea of the unknown is terrifying. They are paralyzed in time by fear. Some cling to the past, because that’s the comfort of the known; trying to find some sense of normalcy in a really messed up situation. You have predators immediately preying on the weaker ones and those trying to find a sense of a new norm. But then…then you have people like Ratman. People who adapt, create, and rise from the rubble; somehow their light unscathed from the shock. 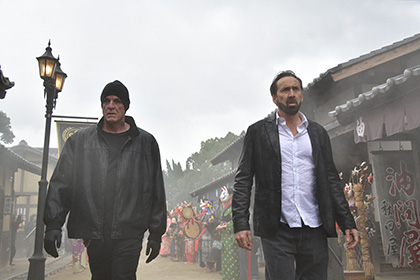 One thing I really appreciated was the filmmakers continuing to layer in (yes, I know...overload) additional layers of human nature such as the human tendency to continuously punish themselves by carrying their demons long past their bad deeds and the journey to self-forgiveness. The writers also handled the long-lasting impact of abuse trauma and how it can affect each victim differently. It was believable, relatable, and absolutely real. 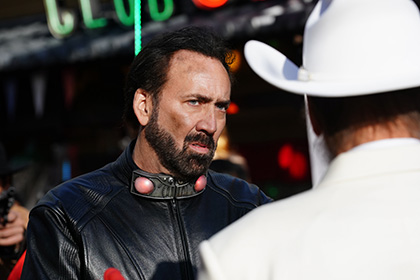 Overall, the film was no doubt well shot, with stunning visual after stunning visual. The clash of so many worlds paired with awkward dialogue may turn off some, but if you decide to go for it anyway, go with a very open mind or a very open bottle of wine. 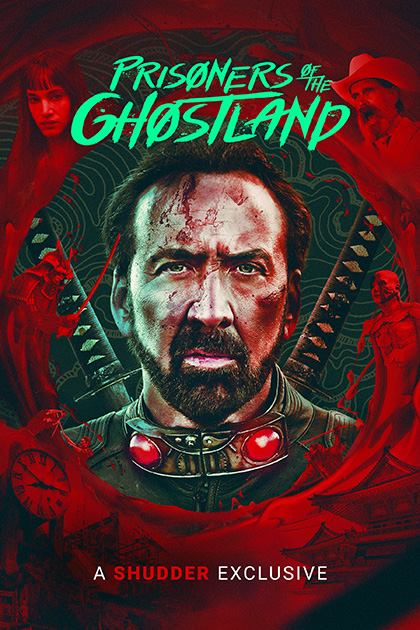