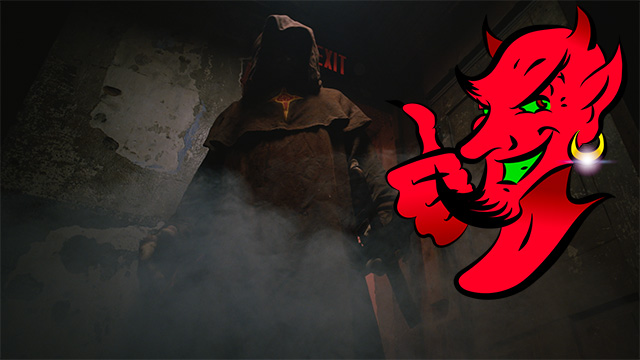 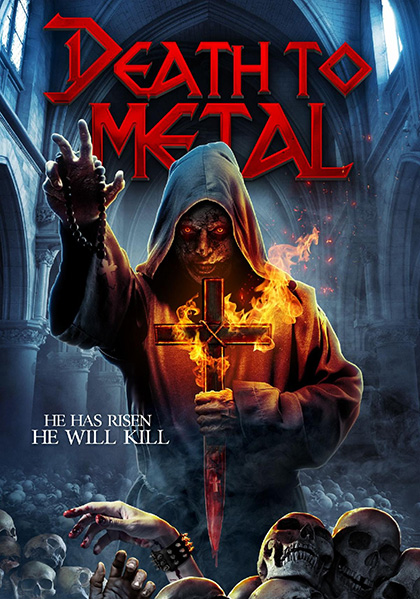 FULL DISCLOSURE:
The screener provided for “Death to Metal” had major, almost fatal sound mix issues with both the dialogue and, often, the live music performances depicted in the film. From the very beginning, while the ambient sounds, sound effects, and other audio portions were, overall, at proper levels, the dialogue tracks varied from a (very rarely) normal mix level, to barely audible. The result is that about 90% of the film was extremely difficult to understand, sometimes to the point of complete unintelligibility. It assumed these issues are specific to the screener, as otherwise, they would result in this film being considered as almost unwatchable.

This review is written with all attempts to ignore these audio problems. 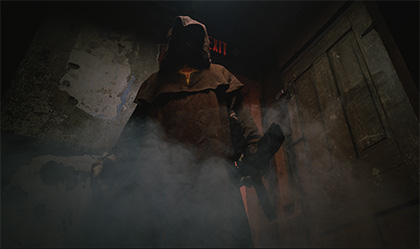 “Death to Metal” is essentially two stories that converge in the film’s third act. One is the story of Father Milton, an over-pious, sin-hating priest who is turned into a holy, metal-hating killing beast following his exposure to toxic waste. The other follows Zane, a metal singer, dumped by both his band and his girl in the same day, who just wants a chance to open for his heroes, Grandma Incinerator. 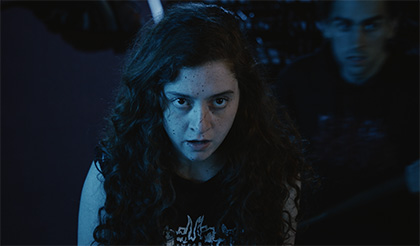 Surprisingly, it’s the latter of these two that is the most engaging and successful. Zane struggles to make it through possibly the most disappointing day of his life. He’s a nice guy, constantly reminded of the fact that he is no longer the front man for local metal gods Withered Christ, who are due to open for his favorite band. His one positive constant is his friend Mariah, a frizzy-haired sprite of thing who stands by Zane despite her distaste of metal and all his friends. Portrayed by Alex Stein and Grace Melon, the two are a highly likable and sweet pairing. Both actors are charismatic, earnest, solid, and enjoyable. 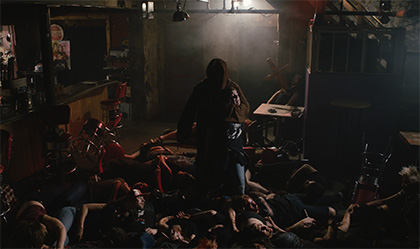 Less successful—not a boon for a horror film—is the Father Milton portion of the movie. It’s a full third of the way into the picture before Milton is transformed and begins his reign of holy terror. Then, he’s largely absent for much of the running time as we follow the film’s other plot thread, along with performances from several metal and stoner rock bands, plus the trials and tribulations of club-owner Ryan Rammer. When Father Milton does return to wreak havoc on the sinful, Satanic metalheads, the blood and gore is fairly rote, and too often offscreen. The not-so-good Father is a rather unimpressive terror. 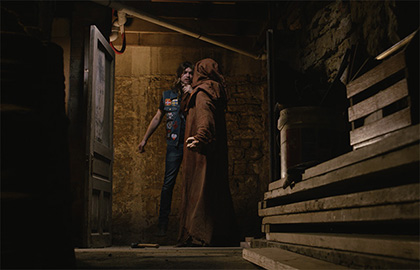 Which is too bad. Director Tim Connery and cinematographer Jackson Cooper Gango keep their camera interesting, fluid, and often creative. And the characters of Zane, Mariah are nicely fleshed out and nuanced, giving the actors a lot to work with (which is good, given that the film often rests on the pair’s shoulders). The humor with Rammer is less successful, but his charm comes through, and the bits of business with his young son are sweet and fun. There’s a lot of talent in the picture, but it’s just too unfocused. 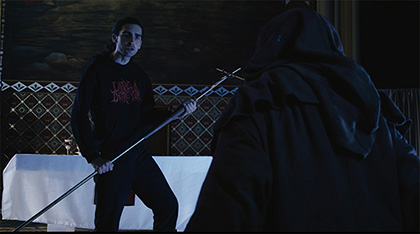 As a horror film, “Death to Metal” sadly falls woefully short. The scares and the thrills just aren’t there. Even as a love-letter to metal it seems to be lacking, though this may have been an unfortunate consequence of the poor screener mix. Still, the film cries out for more horror, more gore, more evil, and more metal.

This devil of a reviewer gives “Death to Metal” 2 out of 5 imps.