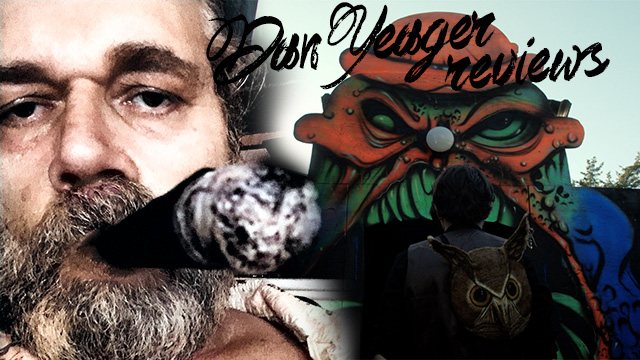 Autumn Road: What Can One Say?

A review by
"Leatherface" Dan Yeager 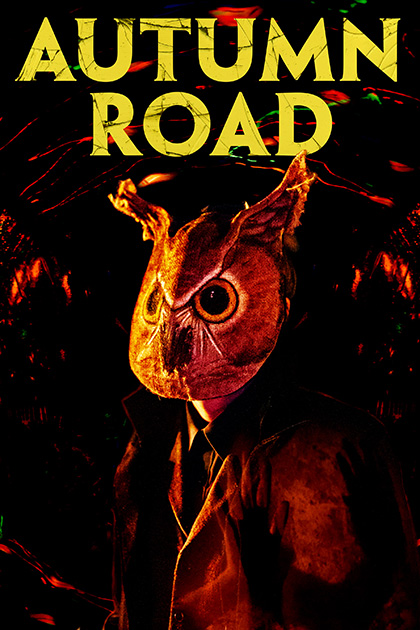 Man, this is another tough one. I hate shitting on the work of other people, and I knew the day would come when I'd be forced by the sheer magnitude of some cinematic atrocity at hand that I wouldn't be able to avoid the situation. The last time I was faced with a stinker I panicked and told the publisher that my dog ate my review. He pointed out that I used a computer and usually just emailed him a text file for my reviews, so how could a dog have eaten that? I then told him that the dog actually stole my computer and while he was on the run, he got mixed up in a drug deal gone bad and was hiding out in Honduras under the alias “Esteban de Pabon.” He pointed out that “Pabon” in Spanish means “turkey,” and I said, “Yeah, turkey, which is often what we call a bad movie.”

He didn't fire me for some reason but instead gave me one more chance. He claims he doesn't screen movies and just sends out reviews to the next writer in rotation, so I find it hard to believe that after the Esteban de Pabon affair, the very next movie he sends me would be an even worse example of how and why to make a movie. I asked the legal department about how bad I could say a movie is before I'm in danger of libel, or even violating a filmmaker's Constitutional Rights. They said case law isn't very clear just where the line is, but that I didn't cross it talking about Tarzan the Ape Man, “so how much worse can it be?” I told him it was so bad it made me glad I didn't have children.

I decided early on that, being the selfish being that I am, I should never have children. I knew if I had a kid, I would raise her to love movies. And she would eventually want to try her hand at it after hearing Papa (she'd definitely call me Papa because we'd always stay home to watch old black and white movies where kids always call their dads “Papa” every Sunday and have pancakes and orange juice while her “Mother” took her little brother to church where she'd eventually face charges for lewd acts with the minor son of the pastor thereby destroying our family) tell everyone over and over that “there's nothing better than making movies...” I knew I'd have to one day look into those sweet green/hazel eyes and tell her as we both welled up in tears that it's never a good idea to write and direct and then give yourself not one but two of the main roles of your film. She'd then turn away because she wouldn't be able to fathom how someone she looked up to and who had encouraged her, who told her that every crayon picture she ever drew was a masterpiece and that she danced like Cyd Charisse and sang better than Judy Garland – how could this person become an unrecognizable monster critic and tell her that her dialog was infantile and her story lacked any recognizable narrative structure. All the horrible things I'd say about her movie would be devastating to her. I wouldn't believe I could hear myself screaming at her as she ran away, “It was a fucking location looking for a story!” and would realize right then she was right, I was a monster.

She would eventually die of a heroin overdose, an addiction that began with meds she took for the pain of her botched gender reassignment reversal surgery. Such is my hesitation (terror) of writing a bad review.

I'll end with the things I liked about Autumn Road. 1: the title (it has little to nothing to do with any discernible story, but it's a nice title). 2: The little joke at the end where it says the thing about “any similarity to actual events or persons living or dead...” being purely coincidental. I never got that joke until seeing this movie. 3: It wasn't longer. 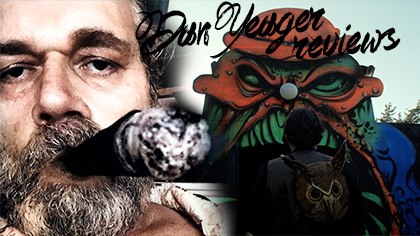