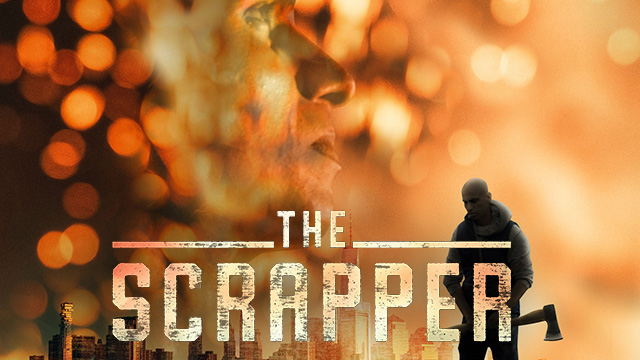 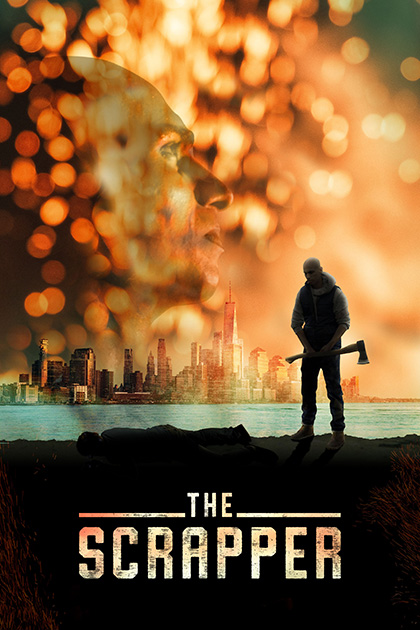 The Scrapper (2021), from writer-director Bari Kang, is a standard service, yet ultimately satisfying, low-key crime-thriller. Though noteworthy for keeping its action sequences quick and grounded, the exercise is punctuated by several brief moments so brutal you can almost feel them. The undertaking also benefits from a serious tone that, though formulaic for chronicles such as these, still proves effective. The gently used score from Julian Cassia is equally fitting and successful.

One of the strongest elements of the confidently paced 85-minute effort is the quietly stalwart presence of Kang. His portrayal of the ex-con turned title-referenced central figure, Jake, is constantly engaging. This is in a way that is organic yet brimming with untapped power. The rest of the wonderfully diverse and well-chosen cast also delivers in a correspondingly robust fashion.

The plot revolves around Jake, who is attempting to craft a tranquil existence, being pursued by a variety of violent felons after a robbery goes haywire. There is a reliable simplicity and familiarity to the utilization of this time-tested narrative. It mechanizes finely with the understated nature rooted in much of the smaller details of the enterprise. This is while simultaneously holding it back from being a genre standout.

The thematic emphasis on family in the account is also indistinguishable from similar fare. Even if this factor gives the venture a general ambiance relative to a far more believable, harder-edged variation of the currently nine-film The Fast and the Furious series (2001-present), this device still flourishes as a convenient, easy to root for manner of giving Jake motivation for his measures. It is also prosperous in developing both the character of Jake as well as the on-screen personalities that surround him in an efficient fashion. This is especially true of the first act of the endeavor, which frequently focuses on Jake’s mounting household trials and tribulations.

The one-dimensional villains, double crosses that inevitably take place as if by design in cinematic offerings such as these, and some of the dialogue heard within the construction are uniformly rote. Regardless, Kang offers a sturdy directorial hand that make these flaws in his otherwise competent script easy to forgive. What also balances out these faults is that Kang’s screenplay offers a third act that ups the ante, as expected, in the excitement department without ever becoming overdone or stalling the storyline. The finale also offers a poetic note that is a wonderful punctuation point for the dramatic bits that arrived beforehand. 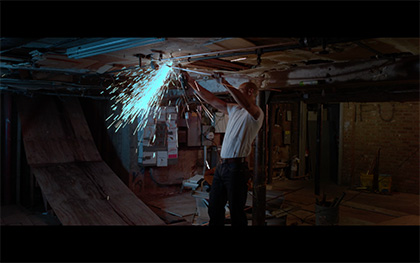 From a technical perspective, the affair is also admirable. The cinematography from Saro Varjabedian is appropriately gritty and impressive. It is much in line with the atmosphere of the piece. The project also utilizes its Queens, New York City setting to heighten these qualities to intimate and intense effect. Furthermore, the editing from David Andalman and special effects from Shea Kelly Benezra are top-notch. The sound, make-up, and camera work are just as good. 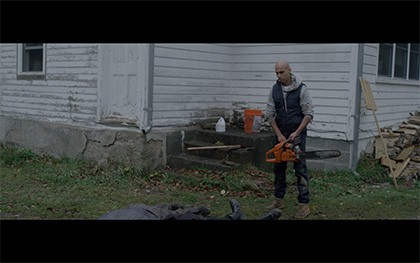 The Scrapper, a Lucky Movies production, has its share of redeeming attributes. Foremost, the picture is triumphant in how it implements both its violent and pensive scenes. Likewise, the fabrication is just as victorious in shaping its performances and echoing its ambiance. It’s routine in terms of structure and in the overall tale it tells. Nonetheless, Kang’s latest feature is a rewarding and convincing portrait of the frantic lengths one man will undergo to protect his loved ones. Though it may not prove entirely memorable, the presentation is realistic, ambitious, entertaining, and elevated by welcome touches of social commentary. It’s a rough, yet commendable, celluloid journey that is worth pursuing when it arrives December 7th, 2021 on Video on Demand. 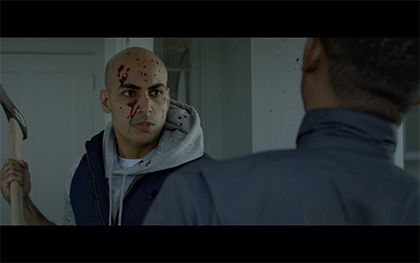