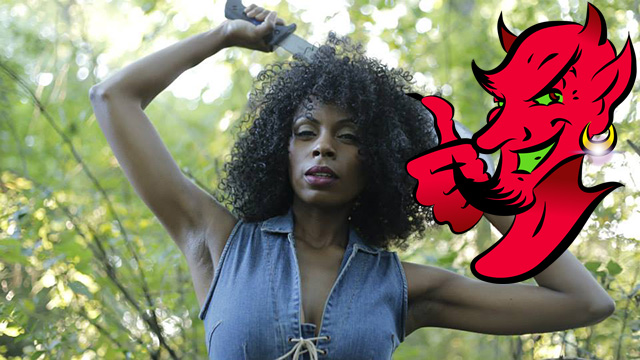 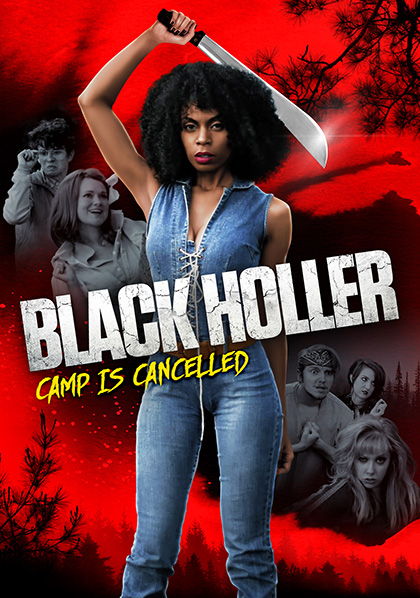 Comedy is probably one of the trickier things to pull off in a movie. Humor is, first off, highly subjective. Secondly, a film requires actors who have at least a modicum of comedic timing and ability. It’s the bane of low-budget movies that so many filmmakers insist on sharing their attempts to be funny. It’s all the more welcome when a picture actually pulls it off, even if not with 100% success. 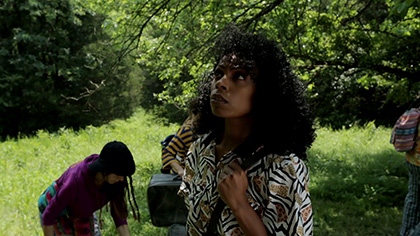 “Black Holler” is a comedy-horror film (emphasis on that relative priority) from first-time director Jason Berg, with a script by Berg along with Heidi Ervin and Rachel Ward Heggen. They are also part of its ensemble supporting cast. A pastiche of various ideas and threads, “Black Holler” takes place in 1989 and follows Laquita Johnson, a young African American college girl stuck on a school camping field trip with a bunch of very white, and often horny peers. Of course, something begins killing the kids off one by one, and Laquita must use her savvy and the martial arts skills bestowed upon her by her two dads to defeat this mysterious evil. 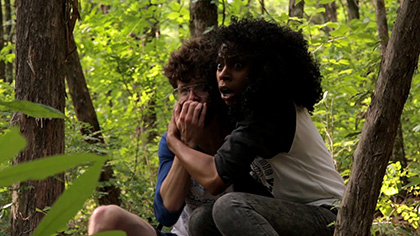 Though “Black Holler” opens with a pretty fun and bloody intro, it soon becomes evident that the film will lean much more heavily on the laughs than the gore. This is not a picture that expects to go down in the annals of horror. It’s here to entertain and make you laugh with the scares taking the back seat. The humor is irreverent, politically incorrect, and often tacky, but it’s never savage or mean-spirited. If you’ve enjoyed any of the past decade of SNL, then you’ll see quite a similar tone to much of the humor here. To the film’s credit, it sticks the landing to its jokes with a comparable average as well. It even dares to stretch one repeated joke about a to the breaking point and beyond—so far that it becomes tired, then, by sheer audacity, to come full circle to hilarity. 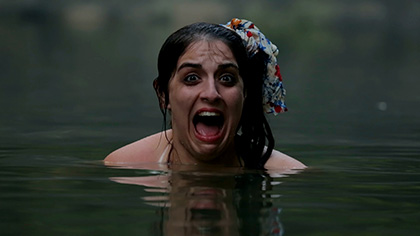 The cast is earnest and quite good. As our heroine, Tamiko Robinson Steele has both great appeal and style. She’s more or less the film’s “straight man” but still gets a chance to flex her comedic chops. Nicholas Hadden embraces the classic tropes as the class nerd Walter Love while still adding his own flair to the role. But it's “Black Holler” co-writer Rachel Ward Heggen who has a blast annoying everyone as spoiled, trampy Megan—perhaps the movie’s most enjoyable character. The entire ensemble keeps it broad, fun, and breezy. 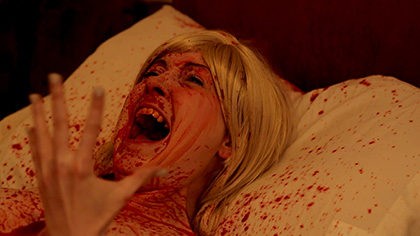 The story itself is a bit of a mess. Other than an excuse to pastiche the era (and only half-heartedly), why the film finds itself in the late 80s is a mystery. Also a bit of an enigma is what is going on with the killer forces at work. It’s a mess of Native American-themed gobblty-gook that never quite makes sense. But it really doesn’t matter. The horror is just along for the ride, and whatever we glean about its whys and wherefores works well enough. 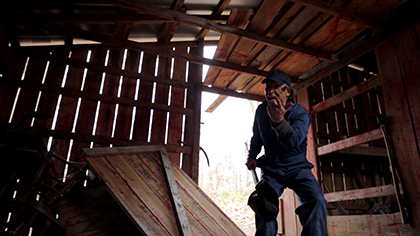 For a film that seemingly doesn’t take itself seriously, “Black Holler” manages to sneak in some nice messages about inclusion and friendship. It’s a film with a pro-LGBTQ undercurrent woven through the bathroom humor, quippy silliness, and blood. Besides Laquita’s two (and mixed) dads, her best friend is unabashedly out and proud. Even geeky Walter comes out over the course of the picture. 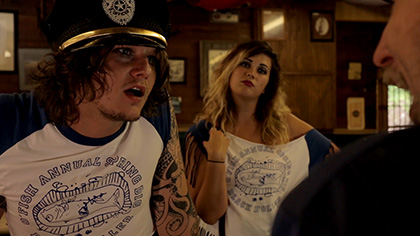 “Black Holler” is cotton candy horror fare. It’s not “so bad, it’s good,” but, instead, “really good at being so bad.” Director Berg gives the picture just the right amount of style, and the script’s jokes are just clever enough to make this a cut above. It’s a film with a completely different body count than a teen comedy like “Spring Break,” but maybe that’s where “Black Holler” earns its 80s cred. Check your brain at the door, and just enjoy.

This devil of a reviewer gives “Black Holler” 2.5 out of 5 imps.