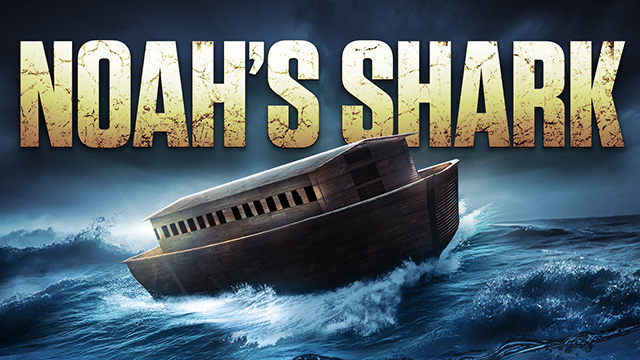 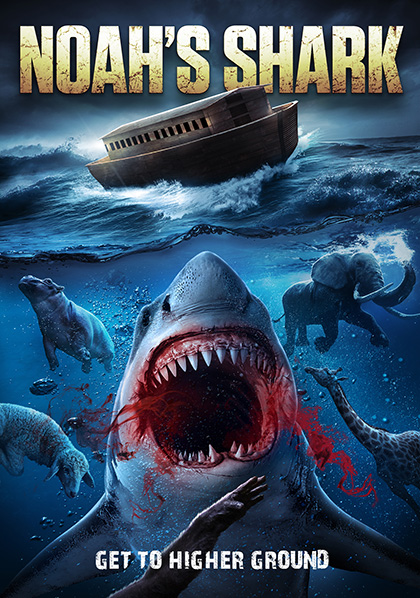 There is an everything-but-the-kitchen sink fusion of genre elements utilized in the cleverly titled Noah’s Shark (2021), from prolific microbudget director Mark Polonia and writer John Oak Dalton, that makes the appropriately brief and efficient seventy-one-minute picture work. Polonia also takes the wisest approach possible to a storyline as gleefully ridiculous as the one found in the composition: he makes nearly every facet of the effort unabashedly tongue-in-cheek. 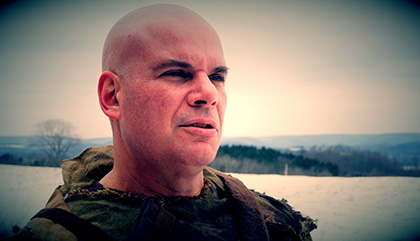 This quality resonates through the tone, many of the performances, and much of the frequently funny and engaging banter between the leads. For instance, there is a gag involving possessed wood, which arrives in the first act, which is genuinely hilarious. This aspect is also evident in the plot itself. It concerns notoriety-obsessed televangelist Father Brenna (in an endlessly entertaining turn from Jeff Kirkendall) and a documentary crew who find Noah’s Ark protected by both a dangerous curse and a bloodthirsty ancient great white shark. This premise-perceivable spirit of unpretentious fun makes the technical shortcomings, such as the opening and closing two-minute credit sequence which is filled with cartoonish computer-generated-imagery, easy to overlook. Continually, these superficial faults greatly heighten the can-do charm of the project.

This indie allure is apparent in the rarely seen heading-designated beast. It is also unveiled in the effects which are tied to the entity. This appeal is also noteworthy in the repeated use of locations from other Polonia excursions. An example of this would be the house where Brenna conducts an exorcism early in the endeavor. This was the setting of the recent and similarly enjoyable Christmas-themed killer doll outing Hell on the Shelf (2021). The straightforward cinematography from Polonia also reiterates this uniquely attractive ingredient. 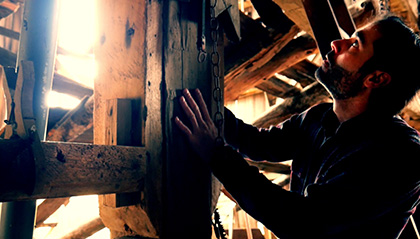 Sadly, the undertaking loses its steam in its final ten minutes. It also takes about the same amount of time to initially garner interest. Nonetheless, the venture never stops trying to craft wonderfully absurd scenarios to grand consequence. The piece also gets credit for rewriting bits of The Bible (publication date unknown) to the, often uproarious, benefit of the narrative. Though the flashback segments are regularly reused, they are effective in a manner much in line with the previously mentioned magnetism. 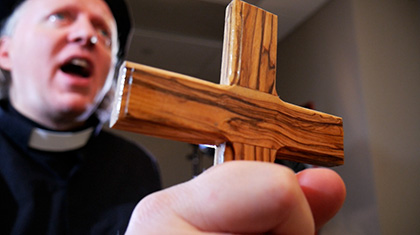 Likewise, the editing, on-screen rendition, and managerial contribution from Polonia are strong. Additionally, Jamie Morgan and Ryan Dalton (as Gina Jedlichter and Buster Pretorious respectively) offer skillful and amusing enactments. Furthermore, the characters all have a welcome variety to their personalities. Such an attribute helps them all standout. It also assists in generating sustained attention from audiences. This is especially beneficial during the numerous dialogue-heavy sections which fashion the bulk of the construction. 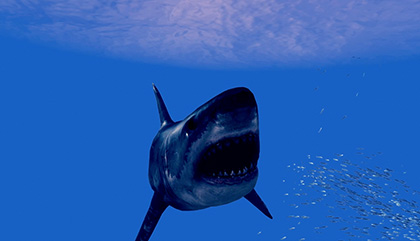 The structure, music, themes which revolve around reality television and the paranormal, narration, and small cast are sheer Polonia formula. Regardless, Noah’s Shark remains one of the better current films of the cinematic auteur. This is primarily because the exercise knows exactly what it is and what theater patrons expect from it. On that front, it delivers. Produced by Polonia Brothers Entertainment and recorded in Wellsboro, Pennsylvania, U.S.A., the enterprise may not have the game-changing impact of Jaws (1975) from director Steven Spielberg. But, in its own blatant midnight movie way, it has a distinct bite.