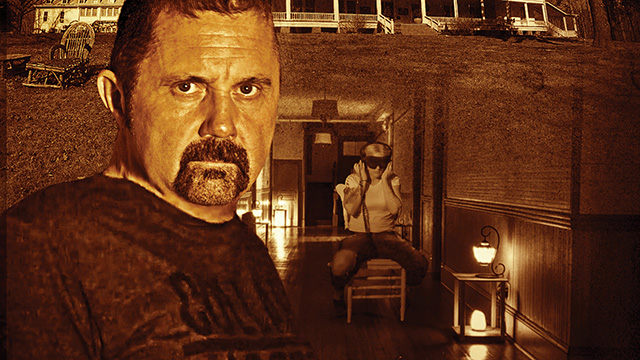 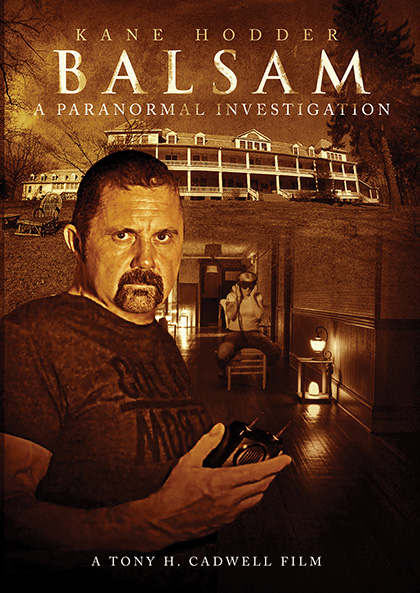 In terms of style, structure, and content, Balsam: A Paranormal Investigation (2021), from writer-director Tony H. Cadwell, is exactly what audiences have come to expect from a modern feature-length supernatural documentary. Even the final ten minutes of the brisk-in-runtime eighty-three-minute production are unsurprising. Regardless, the forty-thousand square foot location of the exercise, The Grand Old Lady Hotel in North Carolina, is exquisite. It offers plenty of naturally beautiful interiors and exteriors for the effort. There is also an old-fashioned charm to the longstanding building. It greatly enhances the underlying atmosphere of gothic-inspired dread inherent in the creation. Moreover, there is a good deal of historical information about the structure dispersed early in the venture. It adds an additional layer of enjoyable richness to the proceedings. 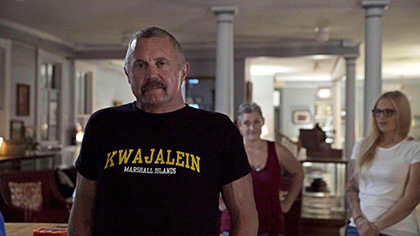 The sincerity, authenticity, occasional humor, and sheer likability stemming from horror icon Kane Hodder, who finds himself going on a personal journey as he explores ghostly claims in the previously mentioned attraction, consistently strengthens the material. The otherworldly researchers by his side (Amanda Hannah, Mark A. Richards, and Maeve Ybanez) are same said. What also makes the project standout from similar fare are the many memorable moments of anything-can-happen tension derived from extended sequences of unsettling quiet. All of which are finely erected in the film. This is especially evident in the second half of the picture. This section wisely gives cinema patrons just enough to allow their minds to conjure images far more frightening than anything on-screen. It’s a classic technique. Nonetheless, it’s still undeniably effective. The use of a spectral interaction item called an Ovilus throughout the movie is just as spectacularly successful in a related manner. 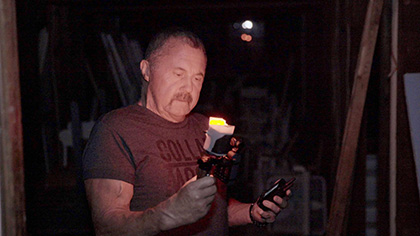 Yet, what I appreciated most of all was how Hodder refused to hastily formulate decisions about what was transpiring around him. It was refreshing. Hodder and crew know that they do not need to implement the oft-evoked maneuver of uncovering the ethereal in everything encounter to keep their viewers engaged. Even if the development is often intriguing but never fully captivating, this honest approach gives the design a credibility that is commendable. 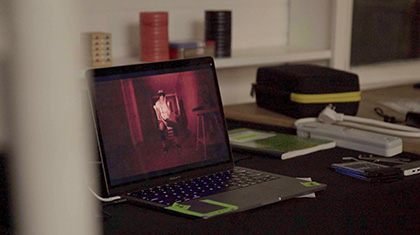 From a behind the lens perspective, the piece is also impressive. The cinematography from Caleb Childers is vibrant. The make-up from Elizabeth Davis is sharp. Sound mixer Jeremy Childers does a noteworthy job in his respective department. The camera work is solid and proficient. Likewise, the faintly used musical selections heard in the endeavor are appropriately moody and remarkable. My only complaint in this arena would be the end credits scroll. They go by so quickly that they are shaky and hard to read. 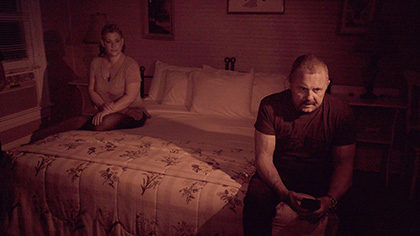 Minor objections aside, Caldwell and company have crafted an admirable, if overly familiar, account of a real life haunting. Even in one of the first segments, where we see a door opening slowly by itself, there is a sense of the routine to what is presented in this outing. But the construction overturns these less stellar fragments with its fairness, intellectually stimulating instances, and many well-done tonal elements. In turn, Balsam: A Paranormal Investigation is a worthwhile cinematic trip for anyone who ever considered the possibility of life after death. 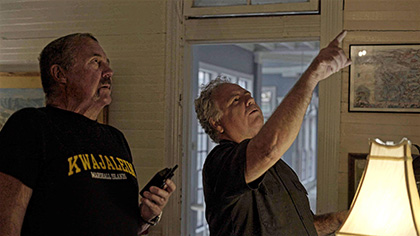