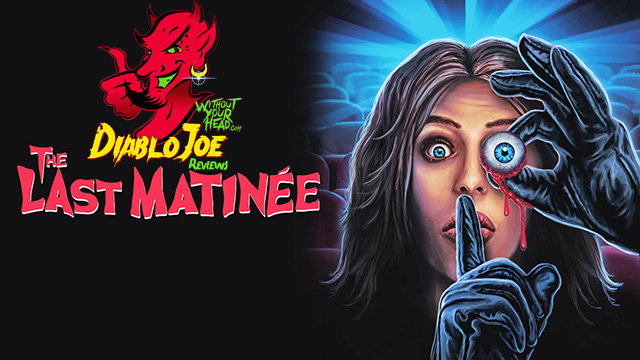 Before the days of multiplexes with their dozen or so screens, going to a movie theater often meant you entered a realm of almost regal splendor. Place where, once, grand performances of opera and symphonies played out live before literally a thousand or more had been converted to a new church of arc light and flickering celluloid, shown across huge, almost unbelievably expansive screens. It was cinema as an experience. 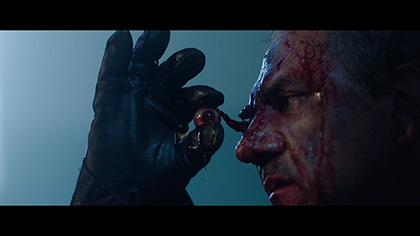 In many ways, “The Last Matinee,” a slasher film out of Uraguay, pays respect and homage to the twilight years of just such a movie house. The cavernous, once-grand Cine Opera is the stage for a terrifying murderer, picking off, one by one, ticket purchasers to a low-budget horror film on a dreary, rain-drenched 1993 afternoon. Using the scale of the auditorium as an asset in the service of the killer’s bloody swath, director Maximiliano Contenti both evokes a bygone era of movie viewing as well as serves up a wonderful ode to the slasher greats of yore. 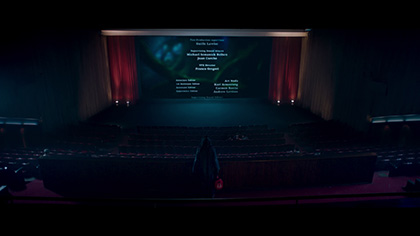 At its core, the film is just as basic as that: one crazed man killing many throughout the movie. But Contenti fleshes out that simple trope with wonderful character sketches and small, clever set pieces that add so much to the film while never diminishing its core horror elements. 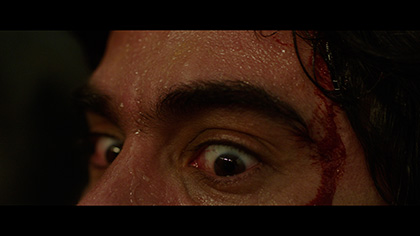 We are introduced to several groups of characters: Ana, the college-age daughter of the cinema owner—left in charge for the rest of the day, obnoxious usher Mauricio, young teens Esteban, Goni, and Ángela, stood-up Maite who the love-struck Goni is convinced looks like Brooke Shields, stunningly flirtatious Gabriela, out on her first date with the clumsily hapless Horacio, and lastly Tomás, an underaged boy who has snuck into the theater. These characters exhibit color and definition in a way rarely displayed in a film like this. The actors give each life and charm, heightening the audience’s vested interest and, subsequently, the film’s tension.

Contenti makes clever use of the expanse of the cinema to blinder each character from seeing or hearing the killer as he dispatches his victims. Timing the kills with an on-screen scream and carefully picking his victims far from the view of other patrons, the killer carves a swath through the theater. When he does make himself known, he has smartly ensured that his victims have little recourse for escape. 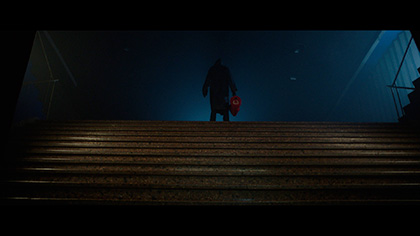 As much as Contenti has given us well-drawn and compelling victims, he has pulled out the stops for his killer. Lascivious, repellent, and unrelentingly foul, “The Last Matinee’s” raincoat-clad predator is a right nasty piece of work. For much of the film, he is almost a Giallo-style figure with his face obscured and his black-gloved hands. But once revealed, he is far from the classic model of that predator. There is nothing sexual in his nature, and while mentally unhinged, his perverse predilection is far more visceral and disturbing. He is primal and oh, so disgustingly memorable!

Much like a film from Giallo master Mario Bava, “The Last Matinee” is awash with brilliant color. Cinematographer Benjamin Silva’s diffuse, gauzy photography softens all of the highlights and lifts all of the shadows but still preserves the deep saturation of the film’s primary color palette. The gaudy yellows, electric blues, and rich, stunningly lurid reds of the cinema curtains, exit lights, and viscous blood are vibrantly rendered. We first catch sight of these colors in the film’s opening with the tumbling gumballs of a young boy exiting the theater, and it is a visual that is duplicated to grisly effect later in the picture.

Maximiliano Contenti gives us a compelling snapshot of a bygone era, both in setting and style. Ironically, one element that does seem anachronistic in “The Last Matinee” is the on-screen film viewed by the characters: 2011’s “Frankenstein: Day of the Beast,” directed by “Matinee’s” killer Ricardo Islas and decidedly too contemporary for a cheap film supposedly viewed in 1993.

That niggle aside, “The Last Matinee” is a bit of a welcome anomaly: a smart, highly stylish, and polished film, with interesting characters, appealing performances, and a repellent, absolutely unforgettable killer. It’s simple fun done with panache and vigor that any slasher horror fan should add to their must-see list.

This devil of a reviewer gives “The Last Matinee” 4 out of 5 imps.