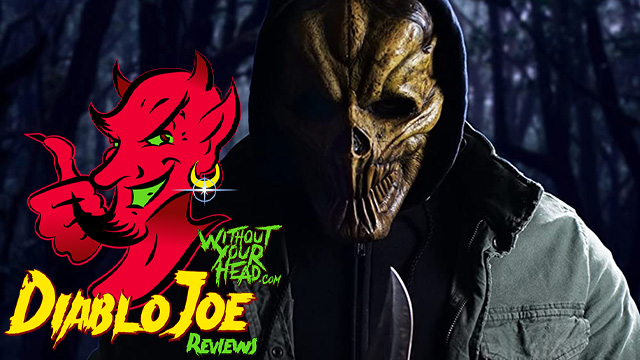 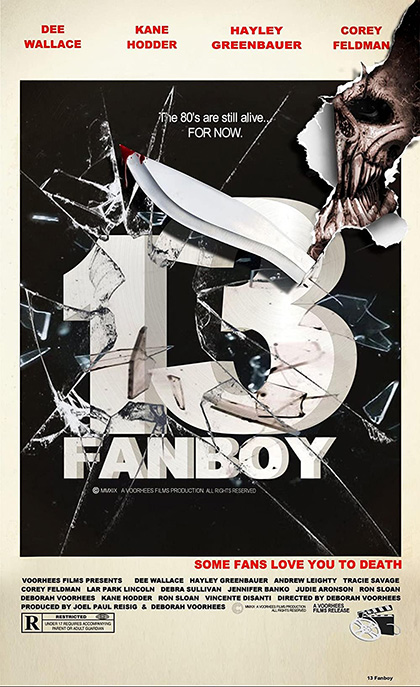 “Friday the 13th: A New Beginning” alum Deborah Voorhees’s homage to her film history, fellow scream queens and kings, and horror fandom, in general, is a bit of an anomaly. It’s a pastiche of reality, celebrity, and slasher tropes with plenty of winks, nods, and inner-circle references entirely outside of its bloody, lethal plotline to entertain truly hard-core horror fans.

The film opens with the brutal murder of the filmmaker herself. Flash forward ten years, and Voorhees’s cinematic granddaughter is now a scream queen in her own right, raised in part by her surrogate grandmother, the amazing Dee Wallace as, well, “Dee Wallace.” This cinematic bit of fantasy carries throughout the film with no less than nine horror stalwarts playing fictitious variations of themselves. One by one, these familiar and beloved faces find themselves at the mercy of a vicious murderer with an obsession for slasher movies.

Voorhees smartly—or perhaps for copyright reasons—doesn’t cling too tightly to Friday the 13th franchise mythos. The presence of Wallace alone takes the film out of a dogmatic realm and into a broader scream-queen milieu. It’s evident that Voorhees is working with dear friends. The scenes set at Monsterpalooza illustrate the synergy that so many horror celebrities develop with one another vis-a-vis conventions and other fan gatherings. As a result, the filmmaker has wonderful access coupled with the trust and enthusiasm of her familiar cast.

And it is Voorhees's ensemble that makes “13 Fanboy” worth watching. In particular, Dee Wallace reminds us why she is so beloved an actor. She is the consummate film “mom,” and her mastery of that role is evident throughout the picture. Stretching reality, “13 Fanboy” version-Dee is married to Voorhees’s Ft13th castmate Ron Sloan (playing a not-the-most-flattering version of himself). Other faces from the franchise are Judie Aronson, Lar Park-Lincoln, Tracie Savage, Jennifer Banko, C.J. Graham, and the always welcome Kane Hodder. For those not completely steeped in the lore, each actor is introduced with an on-screen credit identifying their series character.

Rounding out this reunion is Corey Feldman, the one alum not playing “himself.” Instead, he is Mike Merryman: obsequious and unctuous producer of the film within the film, “Bloodlust 3” starring “Kelsie Voorhees,” played by actress Hayley Reece Greenbauer. Adding to this love letter to Ft13th fandom are several real-world horror podcasts reporting on the “deaths” of the film's beloved actors.

If you’re keeping up with the meta-ness of all this, then good for you!

The film’s kills are often suitably gory, if not quite as graphic as they could be. Still, it’s fun to see old faces terrorized anew. And it’s great to see our pair of Jasons, Hodder, and Graham, each getting a turn to play hero for a bit. Through the quieter moments of “13 Fanboy,” Voorhees’s direction is, visually, often somewhat flat and uninspired, but her action scenes are frenetic and pack a wallop.

Less successful are the numerous and needless red-herrings. The surprise revelation of the killer is a shock and a bit from left-field, as some interesting groundwork laid early in the film is just tossed aside. Also, though he seems to be relishing the role, Feldman’s lascivious producer is a bit much in our “Me Too” world, and he’s so anachronistic as to be cringeworthy. Likewise, a scene featuring an unfortunate analog to the recent ”Rust” on-set tragedy is crushingly uncomfortable.

“13 Fanboy” is a bit of a difficult film to review. While certainly not a movie for everyone, it pretty much achieves (with degrees of success) everything that Voorhees seems to have set out to accomplish. Regular movie audiences and even causal horror fans will probably find the film more than a bit confusing. But hard-core fans familiar with “Friday the 13th” and its sequels, and who love conventions and the celebrities who frequent the signing tables, will have much to enjoy in Deborah Voorhees’s fun film.