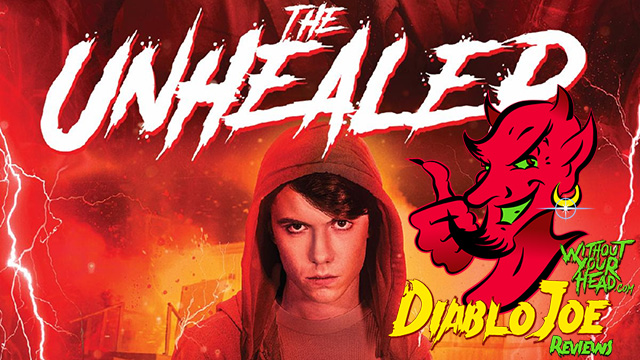 "The Unhealer"
review by Diablo Joe 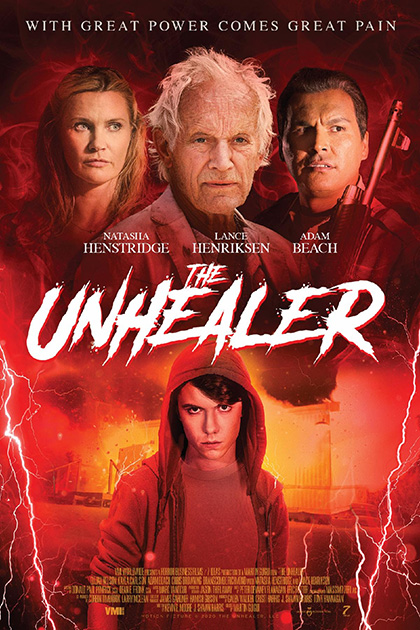 Lord Acton’s infamous condemnation to those who gain superiority over others still rings true of a century and a quarter after he wrote it. As of late, it has become fashionable to view the acquisition of special abilities through a bit more revisionist lens. “The Boys, “Brightburn,” and “Invincible” all depict super-powered humans twisted by the advantage their power gives them. 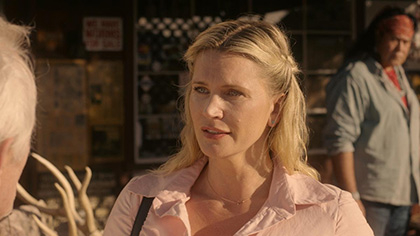 Kelly is an odd, gangly teen who is bullied mercilessly by the jocks in his school, and his craving to eat Styrofoam, paper, and other objects, earns him the nickname “Trashboy.” When grizzled faith healer Lance Henricksen attempts to use stolen Native American spirit-powers to heal the boy of his compulsive affliction, those forces instead graft themselves to Kelly. The boy discovers that he possesses a fantastic healing ability. And when he realizes that anyone attempting to hurt him instead has that harm inflicted back upon themselves, Kelly seeks to pay back his tormenters for years of abuse. 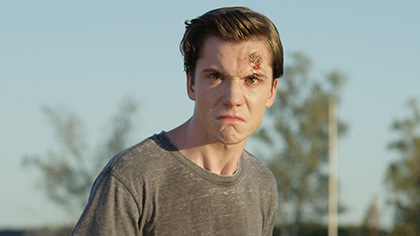 “The Unhealer” grafts an interesting premise onto the oft-told story of the school misfit. Kelly joins Carrie White and countless others as the subject of humiliation from the cool kids, liked and understood by a lone peer who tries to help them until supernatural forces intervene to the detriment of all. Kelly even has a single mom, though Natasha Henstridge’s benevolent Bernice is far from Piper Laurie’s fire and brimstone harpy of a mother. However, unlike Stephen King’s classic character, Kelly is all too aware of what is happening, and he relishes his chance to get even. He starts sympathetic, but the film quickly—to its detriment—tosses aside any goodwill the audience has invested in him. 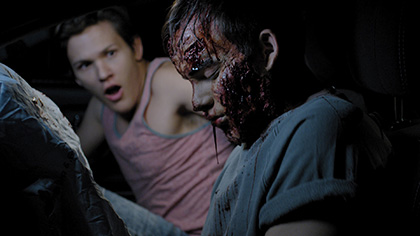 But it’s not just viewer empathy “The Unhealer” jettisons after its first act; it’s any sense of cohesive logic, subtlety, or reasonable sensibility. As Kelly seeks his revenge, the stakes don’t become higher; they teeter and fall into a morass of ridiculousness. Kelly is not only invulnerable; he can inflict harm to others through eating their clothes as if a sort of human voodoo doll. And in one bizarre scene, this ability extends to his sexual fantasies as well. 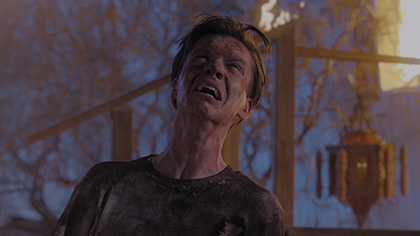 What began as a film with relatively believable, albeit cookie-cutter, characters soon devolve into absurdity. The football jocks who have terrorized him become caricatures. Not only do they become murderous, but as each dies bizarrely, the survivors seem to go about the next day as if nothing happened. The townsfolk, however, suddenly begin to regard scrawny Kelly as if he were the Angel of Death. When tribal shaman Red Elk (ridiculously lit from below in an effort to make him seem ominous) arrives on the scene to reclaim his people’s spirit power, the film reverts to tropes of Indigenous People that were tired decades ago. By the time the film reaches its climactic confrontation, a character’s absurd, suddenly out-of-no-where production of the largest fire extinguisher in cinema history just seems par for the course. 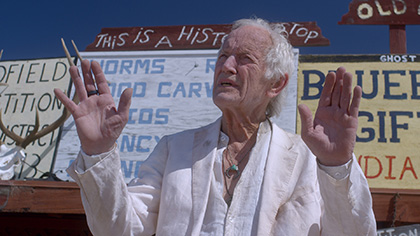 “The Unhealer” plays almost like three different films, with the same cast and character names. The first third is a well-shot, decently acted story, with an interesting concept hung off a slightly hackneyed basic premise. The middle is a messy, misguided mass of incohesive ideas and clunky direction and performances. But it’s the final act that takes such a chaotic and ridiculous turn that it becomes almost a parody of everything that preceded it. 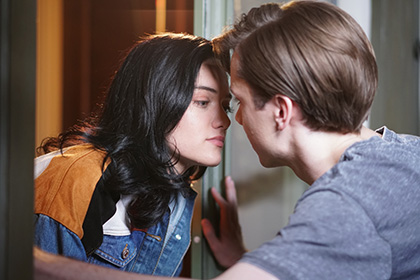 It’s as if the horrors “The Unhealer” unleashed upon its audience were turned back against the film itself.

This devil of a reviewer gives “The Unhealer” 1.5 out of 5 imps. 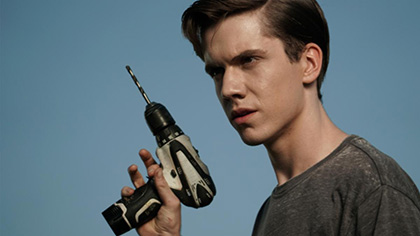