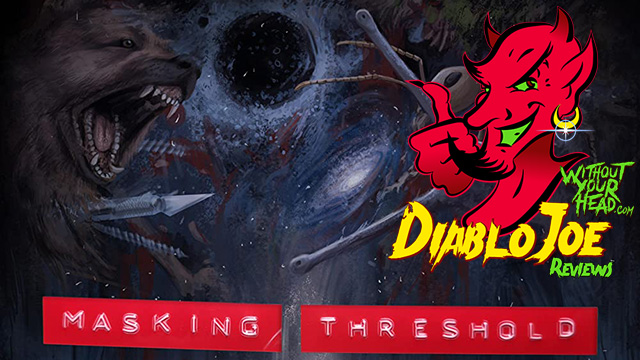 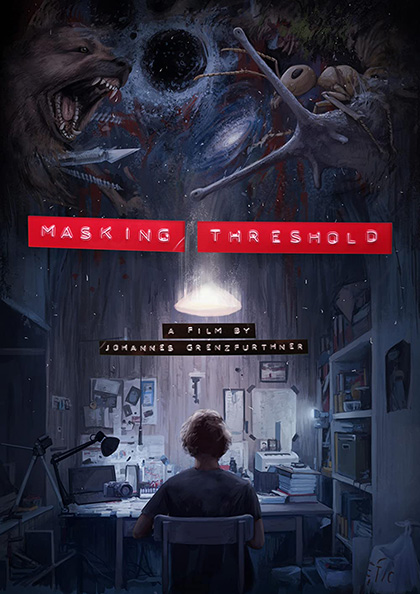 Screening as part of 2022’s Maudit 2.0 festival, Johannes Grenzfurthner’s “Masking Threshold” is unlike most any film you’re likely to encounter anytime soon. Narrated by a mostly unseen lead character, the film consists of a litany of imagery, much of it in tight, macro close-ups. Sometimes claustrophobic and often incredibly disturbing, it takes the audience on a ride-along into the disintegration of a psyche. Or could it, instead, be the expansion of one?

The “Masking Threshold” of the title describes what happens when one sounds is sufficient to drown out or negate another sound. Our “Protagonist” has hunkered himself in his apartment and set out on a series of experiments to help alleviate the persistent tinnitus that afflicts him. The incessant sound has robbed him of any normal life, and the film follows his methodical and detailed investigation to find relief where medical professionals have failed him. However, the deeper he delves into his work, the more he finds evidence that he may be on the cusp of a truly unique and unforeseen breakthrough.

The audience is subjected to an almost monotonous sluice of data, imagery, and often cringingly personal details about the “Protagonist.” The film, at times, threatens to become a cinematic version of journals of 17th Century diarist Samuel Pepys. Pepys comprehensive descriptions of his daily activities—from his comings and goings to his meals and bowel movements—provided historians with unparalleled insight into the gentry of that era (and established the concept of “TMI” long before it was a thing!). Similarly, however, this same sort of exhaustive accounting gives us a comparable knowledge of the “Protagonist.” We may never fully view him, but we are given a wellspring of familiarity with his intelligence and commitment to his mission. We also see—with equal clarity—his myopia, arrogant superiority, and general misanthropic air.

If there is one place where Grenzfurthner gambles on his audience’s patience, it is with the first act of the picture. He really tests just how far they will trust him as the “Protagonist’s” work is, more or less a catalog of mundane observations for that act. Just as we begin to tire and lose interest, Grenzfurthner allows characters from the outside world to make brief but important appearances. And the direction that the experiments take begin to take become more bizarre and grim.

A key element in engaging our attention throughout the film is the narrative voice-over of actor Ethan Haslam. His cadence and emotional beats rarely sound forced or awkward—a difficult feat to pull off in a movie that is essentially one long inner monologue. If anything, the “Protagonist’s” interaction with the other characters is what veers into somewhat self-conscious, stagey territory. But this seems to be more the script’s, rather than the actor’s, fault.

Perhaps more anything else, the collage of visual elements, ranging from super tight close-ups of the “Protagonist’s” testings and experimental subject matter to flashes illustrating his psyche and thoughts, are crucial to “Masking Threshold’s” success. The engaging and often kaleidoscopic imagery that Grenzfurthner has assembled for the film range from the ordinary to the terrifying. Much of what he subjects us to is highly unsettling and may seem for many as a filmmaker going too far in his art. However, the film’s credits may seek to assuage some of this concern, and sitting through the end titles is recommended for those who may feel outraged at certain things depicted.

“Masking Threshold” will test the patience, endurance, and fortitude of many viewers, but those who stick with the picture will find it worth their while. Intelligent, uncompromisingly original, and often darkly comical, Johannes Grenzfurthner has delivered a film that stands apart.

This devil of a reviewer gives “Making Threshold” 4 out of 5 imps.