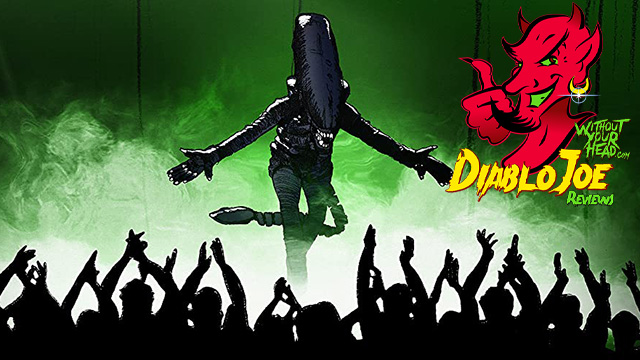 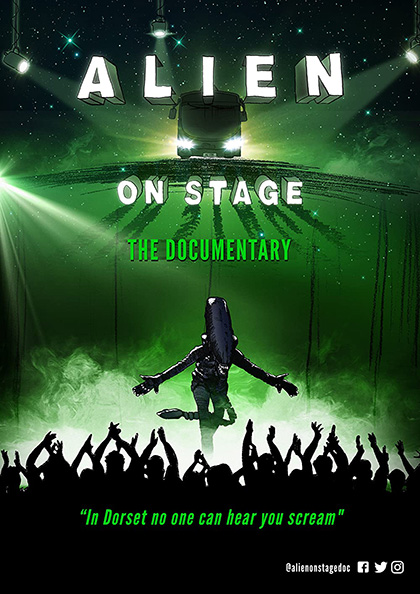 In 2019, a group of high school drama students in North Bergen, New Jersey presented an ingenious theatrical recreation of the 1979 classic film, “Alien,” gaining notoriety and acclaim across the media and from such luminaries as Ridley Scott and Sigourney Weaver.

This, however, is not their story.

For, you see, they were not the first. That honor would have to go to a scrappy company of middle-aged bus drivers from Dorset, England, who did it all six years before those wonderful teens. And with the documentary, “Alien On Stage,” perhaps, rightfully, their time for wider glory has come as well.

The film follows the group as they decide upon a recreation of cinema’s most malevolent xenomorph as a change of pace from their regular Christmas charity pantomime, that uniquely British—and normally family-friendly—musical farce that marks the holidays. It’s a gambit that doesn’t pay off as their production flops, failing to sell even two dozen seats. But word gets out about what they have attempted, and the troupe finds themselves invited to London’s prestigious West End for a one-off restaging.

The first half of the documentary is a peek behind the scenes, showing the preparation and thrifty craft these plucky amateurs undertake in readying their little show for the big stage. While obviously frustrated by his cast’s inability to memorize their lines, director Dave still gamely displays Jobian patience. Everyone is dedicated and trying their best, and, bless them, their hearts are in this 100%. But as the sell-out curtain day approaches, everyone involved—and we, the audience—wonder just how London will receive a bunch of bus-driving thespians restaging a gritty, gory science fiction classic.

Shortly after the film plops the players into the 400+ seat Leicester Square Theatre, we get our answer. The second half of “Alien On Stage” is, well, “Alien On Stage,” and (SPOILER!) it is truly an entertaining thing to behold. And of course, not everything goes quite as planned, but that’s half the enjoyment of watching a group of woefully miscast but charmingly earnest amateurs gamely attempt to recreate the terror of a multi-million-dollar Hollywood production.

Part of what makes “Alien On Stage” such a joy is that each and every one of the Paranoid Dramatics members is so damned likable. There are no prima donnas here, and while no one has any delusions of stardom, this show really means the world to them. That love extends from the cast to the whole crew. And for director Dave, it’s truly a family affair as wife Lydia plays Ripley, while son Luc has written the book, and father-in-law Raymond has cobbled together the scenery. Even Ash-stunt double Susan, whose sole responsibility is to get her head knocked off and then lie inert, gives her task all she can—if with iffy success.

“Alien On Stage” is truly a feel-good documentary that should be seen, enjoyed, and celebrated. Anyone who has ever done any sort of amateur theater will find themselves swept up in the energy of these rag-tag Dorset bus drivers. And anyone who has ever cosplayed or even just dreamed of recreating their fannish loves will find inspiration and vicarious delight in this great little film.