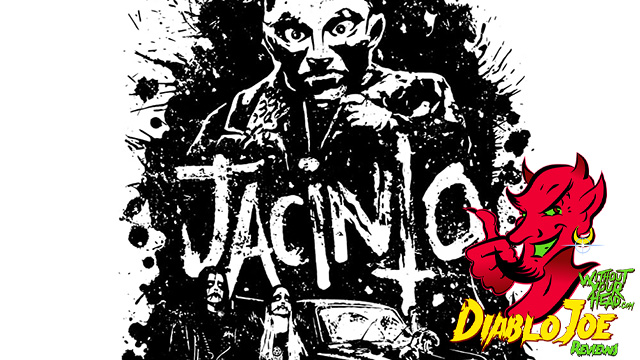 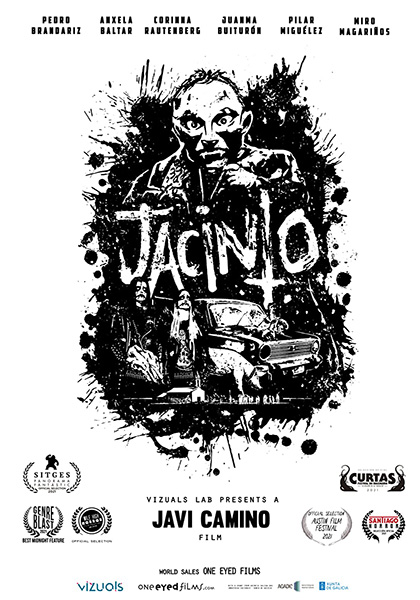 Spain is one of the European countries that is less a singular country than an often tensely allied group of autonomous regions. Galicia, in the northeastern corner of the country, is a primarily rural, somewhat impoverished region marked by a hardscrabble populous bound by piety and tradition. This locale of “Jacinto.” And the misfortunes that begin to befall one family following the arrival of two outsiders are the story.

The “Jacinto” of the title is that family’s eldest son, a mute, emotionally fragile man-child. Jacinto Becerra spends his days playing with his beloved pig Martiño, diligently attending local mass, and watching score after score of vampire films on old VHS tapes. His father, tired and bitter, berates him, while his gentle mother, the real backbone of the household, dotes on him as best she can. Brother Millán, a rake of a fellow, visits the family when he is short on money and struts about the town, racking up a tab at the local bar. The village’s bucolic norm is rocked, literally, by the arrival from Sweden of Alexandra and Ana, who move into the house once owned by Ana’s grandmother. Death metal musicians, clad in black leather and inverted cross jewelry and obsessed with image and social media, the villagers do not quite know what to think of them. But when trouble begins to plague the Becerra household, Jacinto knows precisely what they are—vampires—and that he is the one who must protect his family from their evil.

As Jacinto, Pedro Brandariz Gómez is impressive. It’s a role similar to many we have seen before (the most recent being, perhaps, “Game of Throne’s” Hodor). But the actor resists playing it too broadly or with the usual tropes, and if anything, underplays the part to the benefit of the character. As his mother, Pilar Miguélez is likewise excellent, as is Juanma Buiturón as Jacinto’s brother. The latter imbues that character with an unctuous swagger and charm for the first half of the picture (more on that later). Less successful in the roles of Ana and Alexandra are Anxela Baltar and Corinna Rautenberg, who, saddled with much of their dialogue in non-native English, come across as dry, stilted, and awkward.

For a film set in a town lagging so much behind the times, “Jacinto” carries with it the feel of a movie from a bygone era. Until the arrival of Ana and Alexandra, you could have mistaken the picture for one shot in the 1970s. Filmmaker Javi Camino’s simple, spare direction, the unadorned cinematography, and rustic setting all suit the contrast brought about by the sudden presence of the two young musicians. As the film progresses, we’re made aware that this small town isn’t quite as quaint and trapped in the past. The local watering hole has the best wifi, enabling the local folk to laugh at YouTube prank videos of the town delinquents tormenting simple Jacinto.

But as we get a better sense of the reality of Jacinto’s family, his small village, and its people. What seemed like a snapshot of reality begins to lose its charm in both appeal and believability. The film starts to veer off into ridiculousness. Character arcs begin to stretch credulity and logic, particularly the roles of brother Millán and Alexandra. Both characters take exceedingly dark turns that the film never satisfactorily sets up. The story becomes mired in a socio-political theme that is both clunky and misguided. It suffers a momentous change in tone that completely squanders the tremendous goodwill earned by its first half. And the absurd staging of parts of the movie’s conclusion clash renders its third-act confrontation almost laughable.

“Jacinto” is a film with such a promising and well-executed first half that the disappointment of the rest of the film is positively crushing. Javi Camino obviously has talent, and one hopes that he makes wiser story decisions in his future films. His picture could have been a small, magical cinematic gem, but instead is revealed as anything but precious.