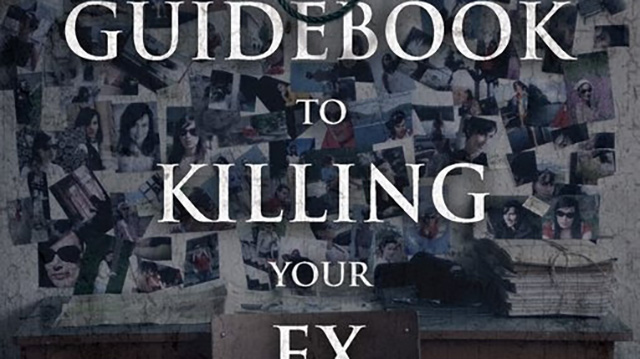 A Guidebook to Killing Your Ex review 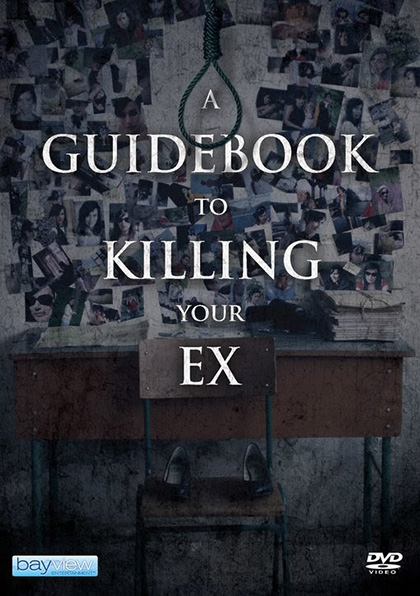 A Guidebook to Killing Your Ex (2016), from writer-director Jozsef Gallai, calls to mind a slew of serial killer-guided, reality-mirroring horror/crime outings. Chief among them is the brilliant and satirically stinging black-and-white Belgian faux documentary from directors Remy Belvaux, Andre Bonzel, and Benoit Poelvoorde, Man Bites Dog (1992). It is also heavily reminiscent of the cold, clinical, and altogether grueling genre masterpiece from director John McNaughton, Henry: Portrait of a Serial Killer (1986).

Both films are rated NC-17 for their unflinching violence, endlessly grim subject matter, and ruthless tone. Likewise, these exercises are expertly casted. This is especially noteworthy in terms of the portrayals of their central madmen (Poelvoorde as Ben and Michael Rooker as Henry respectively). They are also known for their graphic and haunting imagery, much of which lingers in the consciousness indefinitely after being spied. Gallai masterfully incorporates all these elements into his swift-in-runtime seventy-minute picture, which utilizes the oft-done found footage gimmick to tremendously successful and increasingly uncomfortable effect.

Taking course over three days, Gallai chronicles the events of an isolated and homicidal individual by the name of John Doe (in a magnificent turn from Balazs Szitas, which is chill-inducing in its believability). Throughout this epoch, he tapes videos where he presents tips on how to do as the title of the offering suggests. This is as he prepares to do so himself. In some of the most unsettling and well-executed incidents in the first half of the attempt, he records himself as he encounters and takes advantage of the trust and vulnerability of folks in public spaces. Regardless, Doe soon realizes that his best-laid plan to slaughter his former lover will bring about the unexpected.

Despite the inherent familiarity to much of what transpires within the plotline, Gallai quickly establishes a bleak, authentic, and claustrophobic underlying atmosphere in the opening moments. It only amplifies as the enterprise unfurls. In consequence, the work becomes even more brooding and voyeuristic as it goes along. This is glaringly evident in the second half, which is far bolder and more engaging than what arrived beforehand. The latter section also smartly gives Doe more to do. Appropriately, Gallai ends his narrative with a terrifically tense and uncompromising twenty-minute finale. It is one which is sprinkled with some welcome bits of genuinely side-splitting dark humor.

Though the commencing thirty-five minutes often showcase Doe speaking to the camera by himself, this portion superbly develops the lead as a frighteningly relatable on occasion, three-dimensional character. This is while allowing an understanding into his motives and mentality. By the conclusion, Gallai fleshes both Doe and the story out in an incredibly balanced and organic fashion. It mechanizes beautifully with the many other same said technical aspects in the venture.

The low-budget, indie quality of the article greatly enhances the grainy efficacy of the project. Such a fine detail is perceptible in the sparse cast and locations. This attribute also covers the rugged look of the uncredited cinematography. There are even brief instances of vibrancy to this angle. For example, the visually striking shot which begins the third day of content in the construction. Such a trait adds a refreshing contrast to the drab veneer of much of what is revealed to spectators in the production.

What also strengthens the proceedings are the caliber of the previously unmentioned representations. The highlights in this department are from Timea Virga as The Ex and Olivia Barta as Escort Girl. They match the enactment from Szitas in raw credibility. An extended mid-point sequence involving Escort Girl in the living quarters of Doe provides proof of the deft skill of the performance from Barta. It also delivers one of the most memorable segments in the movie.

Directed and penned in a straightforward and honest manner that is suitable for the material, Gallai has crafted a methodically paced and worthwhile excursion for those who are up to the task. Complete with an interesting post-credit scene that slyly alludes to a sequel, the endeavor is brutal in what it portrays on-screen. It is just as savage in what it wordlessly communicates through these sights. Issuing sharp editing by Gergo Elekes and Sandor Gal, the Veszprem, Hungary photographed effort is a tough, yet unshakable, undertaking. Though not on-par with Man Bites Dog and Henry: Portrait of a Serial Killer, A Guidebook to Killing Your Ex is still a powerful, grisly, and compelling glimpse into a damaged psyche.