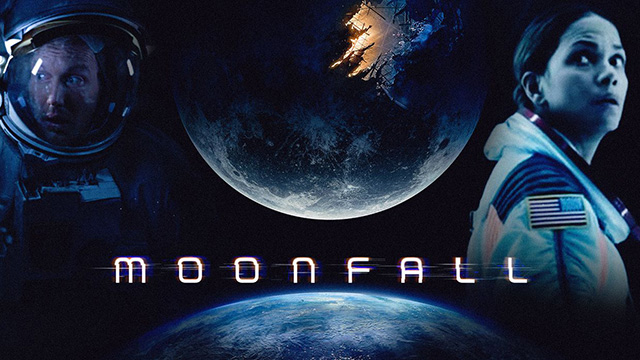 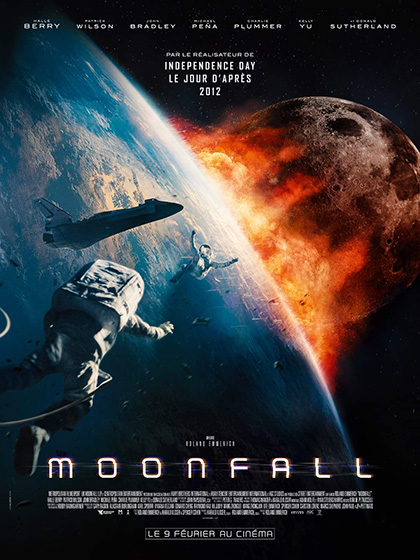 The third act of Moonfall (2022), the latest science-fiction/disaster epic from director Roland Emmerich, is when the 130-minute exercise finally finds its footing. It’s surprisingly thoughtful, theological, and occasionally awe-inspiring. Even the human element, the overall stakes as well as the once routine and blandly erected relationships that stem from the characters and their arcs, are more organic, compelling, and believable. The visual scope of the project is better recognized and so is its ambition. In this section, Emmerich is allowing himself to have fun and take chances. It shows in the quality of the product itself. Sadly, these components aren’t enough to shake the dishearteningly familiar and ultimately generic sensation that sinks in long beforehand.

Herein lies one of the fundamental problems of the movie: If you’ve seen an Emmerich film of this ilk, you’ve seen it all before. Worst of all, it exhibits Emmerich replicating all the lingering missteps from his previous endeavors. For example, his overreliance on unnecessary humor that often falls flat. Such is immediately and unmistakably evident in the otherwise fair, if forgettable, opening scene. It also incorporates his cringe-worthy brand of inane dialogue and far too many central figures. Most of whom are plot-servicing archetypes. The structure of the piece is also trademark Emmerich. It is built-up like a less confident version of his uneven box-office smash Independence Day (1996). But this time around, the midsection doesn’t have any palpable emotional or narrative tension.

Working from a rote and underdeveloped script from fellow co-writers Harald Kloser and Spenser Cohen, Emmerich tells the tale of an enigmatic force causing the moon to come hurtling towards Earth. With a timeframe of a few weeks to save the planet from annihilation, a NASA executive and former astronaut, Jocinda Fowler (Halle Berry), another astronaut that Fowler has worked with beforehand and now has a turbulent rapport with, Brian Harper (Patrick Wilson), and a conspiracy theorist, K.C. Houseman (John Bradley), unite to prevent the impending tragedy. Leaving behind their family, they take a spaceship to the moon in hopes that their collective skills will be enough to figure out a solution to the oncoming catastrophe. What they unveil is an experience that will forever alter their perspectives and beliefs.

As one can tell from the above summary, the story is standard service big-budget blockbuster formula. Though the first act is promising enough, with the quirkiness of Bradley’s affable charm and a noteworthy sense or urgency making the heavy clichés offered-up easy to consume, the undertaking isn’t ever genuinely captivating. We, as cinema patrons, are always painfully aware that we are watching expensive images on-screen. This is while Emmerich checks off every box he deems necessary to craft a picture precisely in the mold of so many other Hollywood entries in this genre. It makes the proceedings too safe, stale, and, despite having numerous mechanical sequences of personal drama, devoid of any real heart. If only Emmerich had brought more of the ideological aspects and creative touches he fashions in the climactic stretches to the forefront the effort could’ve amounted to more.

To be fair, the performances from Berry, Wilson, and Bradley are fine. Even if the leads themselves and the material they are provided are rigorous and one-note, their enactments are watchable. The same can be said of nearly the rest of the cast. Donald Sutherland makes an exception to this rule with his screen-commanding, and all-too-brief, turn as Holdenfield. Though his role is meant sheerly for exposition, his presence is illuminating and welcome.

Despite some eye-popping instances, the cinematography and special effects are often drab and unremarkable. There are even a few moments showcasing the sky from Earth in the first act where it is abundantly clear a green screen had been utilized. Yet, some of the subsequent shots of the moon closing in from the point of view of Earth are intriguing and memorable. The bulk of the segments set in space, especially the meticulously detailed interior bits, are equally impressive.

Demonstrating fitting, but typical, music and a triumphant use of sound, the latest from Emmerich is best described as “hit and miss”. It is unchallenging, garden variety, and all too eager to give spectators what they expect. But this production hints at so much more in its concluding passages that one can’t help but wish Emmerich had greater expectations with the work. Keeping in mind Emmerich’s solid trek into war territory with his underrated remake from 2019 of Jack Smight’s classic Midway (1976), I think he, too, wants to branch-out into new directions. I hope that with his next venture these inklings take full control.

As it is, Moonfall is a decent distraction with some doses of sound science to back it up. Yet, I will give credit where it is due. The opus has the distinction of having one of the coolest and most hysterical cat names in cinema history: Fuzz Aldrin. It’s an honor that not even all the tropes and tired situations Emmerich conjures here can erase.