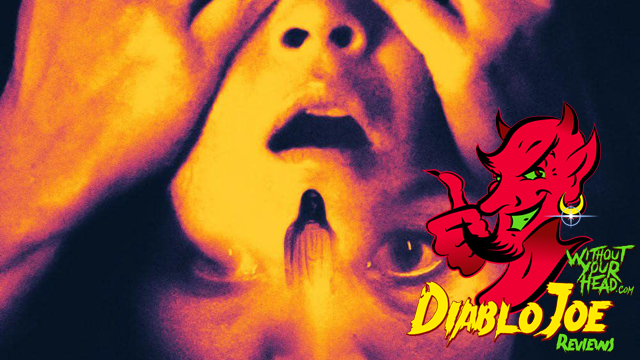 Diablo Joe Reviews They Live in the Grey

"They Live in the Grey"
review by Diablo Joe

Watch "They Live in the Grey" now on Shudder! 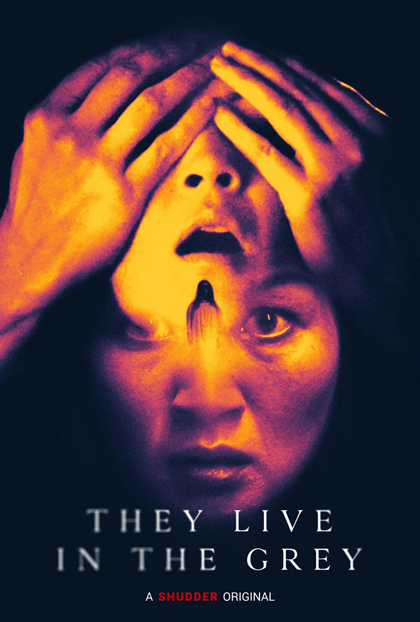 "They Live in the Grey"

A Child Protective Services caseworker mourning the loss of her son is tormented by terrifying spectral visitations of those who have died violently. While working on a case involving the abuse of a young girl, she discovers that the family may have a supernatural being of their own to contend with that may provide answers to the child’s injuries.

Streaming on Amazon Shudder, “They Live in the Grey” presents itself as an atmospheric exploration of a woman’s grief and psychological state while also probing the tether between our world and a purgatorial afterlife. Michelle Krusiec (“The Invitation”) is Claire, the CPS agent and mother whose link to the dead is more a curse than a blessing. Her grief has eroded her mental health, destroyed her marriage, and threatened to upend her career. Her visions, frightening manifestations that come without warning, have forced her to spend her homelife in constant fear and dread. When tending to the case of young Sophie (“Don’t Breathe 2’s” Madelyn Grace in a fine performance), a girl who appears to be a victim of parental abuse, Sophie’s mother makes her aware of a fearful force that has plagued their home as well. This rageful specter of a woman begins to manifest herself to Claire with ever-increasing intensity.

Co-directed and co-written by Abel and Burlee Vang (billed as The Vang Brothers), “They Live in the Grey” spends much of its time as a low-key, slow burn of a picture. Krusiec’s, measured, dialed-down performance suits that mood well and helps allow the unexpected scares and supernatural apparitions to punctuate the film with maximum impact on the audience. But, as the film progresses, it becomes apparent that The Brothers don’t have a ton more to offer than these shocks and frights. Despite an attempt to bring in subtext surrounding Claire’s Fresno cop ex-husband and the drama of Sophie’s abuse and family issues, the film is, when you get down to it, not much more than “Claire sees dead people.”

And “They Live in the Grey” seems to owe a lot to “The Sixth Sense,” with its jump-scare phantasms pleading and bleeding. Despite a less than successful effort to paint her character with a modicum of depth, Claire is really just an adult Haley Joel Osment, but without the dewy eyes and catchphrase. Krusiec tries to give Claire more emotional gravitas, but the movie just doesn’t know where it wants to take the character. Why IS she experiencing all these visions? What about her grief makes her special, and where is this all taking her? Her arc is a bit all over the place.

And, “all over the place” is also the major issue with “They Live in the Grey’s” thematic problems. Just as it doesn’t seem to know where to take its protagonist, it doesn’t know where it quite wants to take its audience. At a needlessly overlong running time of just over two hours, the Vangs certainly have enough time to develop things, but, again, the film is too much of the same. There’s no clear thread to the ghosts plaguing Claire, nor to her son. As a result, the audience doesn’t piece together the importance of the woman haunting Sophie’s family until the filmmakers force-feed her relevance to us in a clumsy, frenetically overwrought, and embarrassingly over-acted finale.

“The Live in the Grey” starts promisingly. But the over-ambition of The Vang Brothers to attempt too much results in a film that delivers too little. Though its jump-scares work throughout the course of the film, they aren’t enough in and of themselves to engage the audience in what is a smeary, disjointed, and lackluster story, especially for two full hours. And at that length, it begins to feel that we, like Claire’s spectral visitors, are trapped for an eternity.

This devil of a reviewer gives “They Live in the Grey” 2 out of 5 imps.