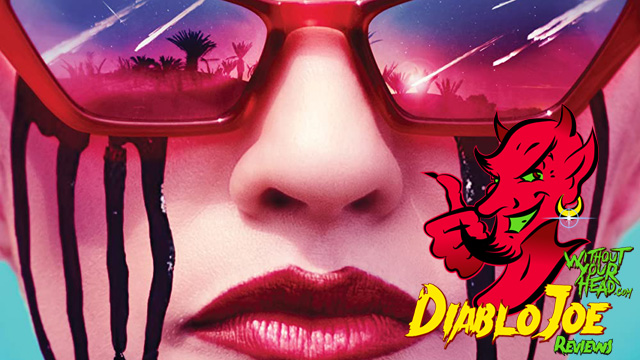 "The Seed"
review by Diablo Joe

Watch "The Seed" now on Shudder! 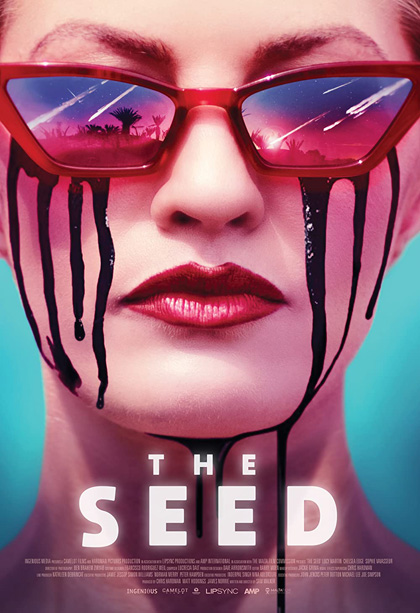 We are not alone.

Aliens among us as a cinematic topic has been a wellspring of great (and awful) cinema. From the terrifying invasions of "War of the Worlds" and "Invasion of the Body Snatchers" to the benign "ET" and the ridiculous "Earth Girls Are Easy," visitors from other worlds run the gamut from the horrifying to the humorous. Writer/director Sam Walker's enjoyable film," The Seed," encapsulates a whole lot of both in an ooey, gooey, and lascivious visit from another world.

Dierdre (Lucy Martin), Heather (Sophie Vavasseur), and Charlotte (Chelsea Edge) are three friends enjoying a weekend away at Heather's dad's ritzy and remote home. The trio intends to tan, party, and generally relax their cares away to escape the dregs of a First-World existence, as well as enjoy a once-in-a-lifetime meteor shower. But the astronomical event proves a bit too spectacular for the three as it deposits a weird creature into their good times. At first, seemingly harmless, even vulnerable, this grotesque homunculus from the heavens soon exerts a peculiar influence on the girls. A seductive power that the ladies find hard to resist.

"The Seed" is a fine example of a filmmaker using his resources to maximum effect. Get a solid script, a small group of good, appealing actors, a cool location, some fun practical effects, and you've got yourself a formula that's hard to beat. Walker makes the most of every inch of what he has at hand, and it pays off wonderfully.

As an ensemble, the three leads are excellent. Each takes Walker's clear and distinct characterizations and brings them to life with great success. These are characters who might have too easily have fallen into stereotype or a general homogeny of flavor, but the cast and filmmaker give them verve, life, and individuality. Martin and Vavasseur are both veterans of television's "The Vikings," but they are miles away from that world here and entirely at home. Edge is perhaps a less familiar face, but her performance as Charlotte is spunky and a real highlight. All three are great and thoroughly convincingly American (the three are all from the UK), but it's Edge who truly makes her mark in this film.

"The Seed's" fourth main character is the film's unexpected guest. Resembling a cross between a giant fetal puppy and a skinned armadillo, the alien creature is a terrific practical effect. Wide-eyed, covered in slime, and continuously licking what seems to be a perpetual smirking mouth, it's wonderfully disgusting. It's the perfect amount of convincing and gimmicky, giving the creature an unassuming quality one moment and a perverse salaciousness the next. And when this party-crasher gets down to business, the effects team has a ball.

Walker’s story is just fun enough, just perverse enough, just gross enough, and just bleak enough to hit its audience on a bunch of levels and in a delicious and enjoyable fashion. It never tries to be more than it is, and, as such, it just flat-out succeeds on all levels. “The Seed” is good, solid genre filmmaking that satisfies like a big bowl of mac n cheese and a cold beer—horror comfort food at its tastiest.

This devil of a reviewer gives “The Seed” 4 out of 5 imps.