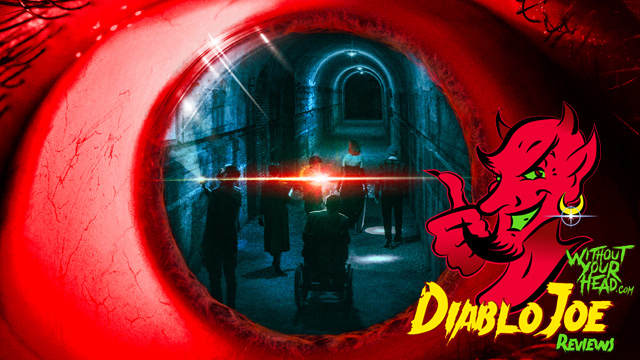 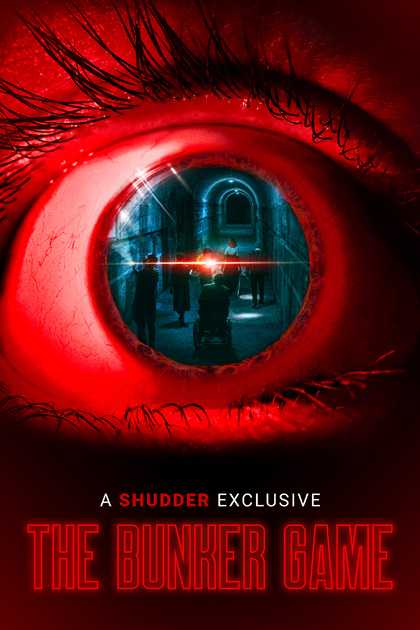 Roberto Zazzara’s “The Bunker Game” opens, in a quasi “Man in the High Castle” fashion, with the gritty newsreels detailing the triumphs of the Third Reich over the Allies and the coming of the atomic Third World War. This bleak introduction segues into a Nazi nuclear shelter where survivors live and socialize.

It’s all a bit of narrative sleight-of-hand.

In truth, this is an elaborate Live Action Role-Playing Game played deep in the bowels of a historic subterranean bunker. When an accident forces the game's end and the players' evacuation, the remaining staff—the “NPCs” of the game—find themselves dealing with the disappearance of the game’s creator. Searching throughout the concrete labyrinth, the group realizes that they are not quite alone. Supernatural remnants of the bunker’s Nazi history begin to manifest, showing a particular interest in the beautiful Laura and the deeply personal secret she keeps.

Stunningly shot, filled with mood and shadow, sporting an interesting, diverse cast inhabiting equally distinct and original characters, and presenting its audience with a unique and exciting premise, “The Bunker Game” would seem to have everything to offer.

Director Zazzara’s background as a cinematographer means that his film is never less than visually striking. Using an actual bunker in Rome, Italy, as its location, the picture is often hauntingly evocative and claustrophobic. The movie’s production design is a believable mix between historical accuracy and the sort of extrapolation and recreation that a high-level and complex LARP might offer its players. To put it plainly, “The Bunker Game” looks terrific.

Likewise, the film’s cast is a fine combination of talent and charisma. As Laura, Gaia Weiss (familiar to fans of television’s “The Vikings”) exhibits an appealing spunk and verve along with just enough vulnerability to temper her character within the story’s needs. Tudor Istodor gives the brusque Andrej the shallow abrasiveness that his character requires without making him annoying. As the smart, sensitive, non-binary Robin, Felice Jankell is absolutely superb. And Serena de Ferrari imbues the mysterious and ethereally beautiful Clara with a combination of wan frailty and firm resolve. The entire cast is strong and gives their all to their characters.

So why doesn’t “The Bunker Game” quite fulfill the promise and the potential that those elements would imply? Between story and screenplay credits, the film lists no less than five writers, and it’s unclear whether that was a team effort to correct fundamental script issues or was itself the cause of the film’s narrative problems. But no matter the reason, it’s the script that is to blame for the movie’s flaws. The repeated poor decisions driving the film’s characters deeper and deeper into their plight within the bunker is annoying. But the film’s major flaws lie with its supernatural components as the film draws itself closer and closer to its conclusion. While we might be willing to tolerate many of the other script flaws, especially in light of “The Bunker Game’s” strengths, the over-wrought, more than a little overly maudlin final act neither delivers nor satisfies.

“The Bunker Game” is one of those films that horror fans won’t feel a driving need to seek out. Its uneven balance between its pros and cons keeps it from being a must-see. Far from a bad film, it’s not quite a good one, either. Horror fans could do worse than “The Bunker Game,” but most won’t find it engaging enough to carry the movie’s goodwill too much beyond its hour and a half run time.

This devil of a reviewer gives “The Bunker Game 2.5 out of 5 imps.