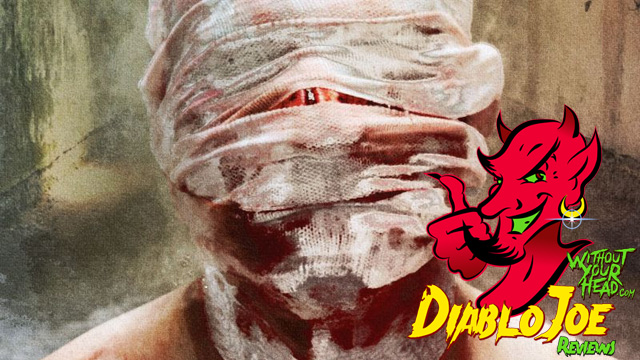 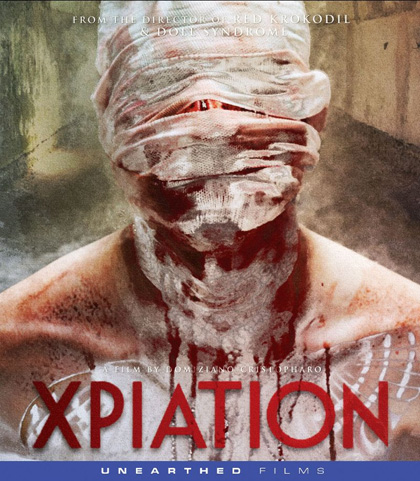 "Extreme" horror. It's a descriptor that, in this case, is more apt than others in terms of using that particular adjective in other genres or conventions. Extreme sports are just ones with a bit more flash, panache, and occasionally, risk. But extreme horror is just that. Horror pushed to the limits of what is ethically possible and arguably responsible. It depicts the depth of atrocities and evils that one human can inflict on another. It is raw, uncompromising, and unapologetic.

But many filmmakers use extreme horror as a grisly, shocking drape to clothe substantive messages and explore social concepts—or, by contrast, to strip them bare. Domiziano Cristopharo's "Xpiation" is an easy film to describe but a more challenging film to describe well. In a dark, filthy tunnel way, a fashionably dressed woman watches cooly but attentively as a bound man, naked and gagged, is slowly, deliberately, and brutally tortured. Throughout the torture, the film flashes back, revealing her past history of abuse at the hands of men. But "Xpiation" is about more than that. And while it is thematically ambitious, it doesn’t quite succeed on all its levels.

Taking its name from the word "expiation," it grafts some complex religious and moral metaphors onto this pageant of cruelty. While the film's female character is the director of the brutalities inflicted upon her subject in the chair, a drooling, wide-eyed, drug-addled assistant is responsible for the physicality of the punishments. As much as he relishes the suffering he is meting out, he too is tormented. Demonic, lizard-like drug dealers haunt his visions, and he is obsessed with removing any trace of religious iconography tattooed upon the bound man.

Expiation is not atonement. Sins are not cleansed through one's actions or penance. Instead, they are expunged through the power of absolution by god or authority. Christopharo presents us with the process of purging of sins, but not quite in a way that we might expect. By the end of his film, it is up to us to consider whose offenses have been cleansed. In this, “Xpiation” thematically rises above many of its extreme horror peers.

In other aspects, the film has a more uneven record of success. As the woman, Italian model-actress Chiara Pavoni is chillingly effective. There’s a broken splendor to her. She is stylish but in a dated, somehow sad manner. It is a vulnerable, fragile, and naked (sometimes quite literally) performance of a woman whose life has waged war on her beauty. In contrast to that stoically underplayed role, Simone Tolu is less successful as the drug-addicted torturer. It’s a distracting, over-the-top performance filled with tics and tongue-lolling. His character comes across as less an addict and more like the village idiot in some Ken Russell film.

Cristopharo’s imagery is often striking, but a clunky cinematographic unevenness is jarringly present. Shots are gauzily beautiful, while others are harshly overlit. If meant to be artistically deliberate, this contrast often seems more accidental. The gruesome effects veer from some disturbingly realistic prosthetics to less-effective closeups of blood-covered raw globs of gelatin “skin.” These inconsistencies suggest that perhaps “Xpiation’s” production itself may have been equally uneven.

At 73 minutes, “Xpiation” should be a film that moves apace. But the movie’s length belies a turgidness that is its greatest fault. Somehow, despite the complexity of its ideas and the relentlessness of its horrors and nightmarish images, it seems, dare it be said, quite dull. For all its blood-letting, flesh-grinding, and crushing of body parts, none of the torturous acts ever really seem to hit home with the visceral punch the film needs. Somehow, someway, the brutality just seems a bit wearisome.

While “Xpiation” offers up numerous original and interesting concepts, the unevenness of many of its key elements works against its success. In the end, though, many extreme horror fans may find the film’s inherent tedium a sin too difficult to absolve.

This devil of a reviewer gives “Xpiation” 2.5 out of 5 imps.