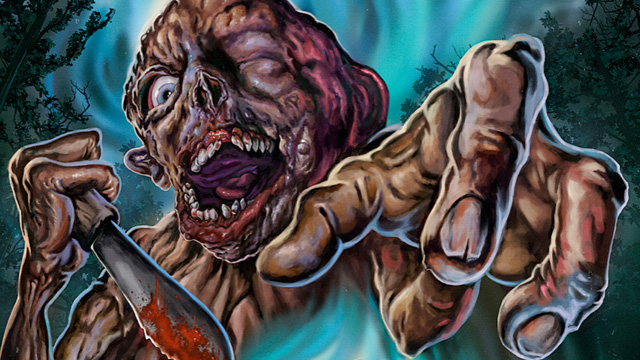 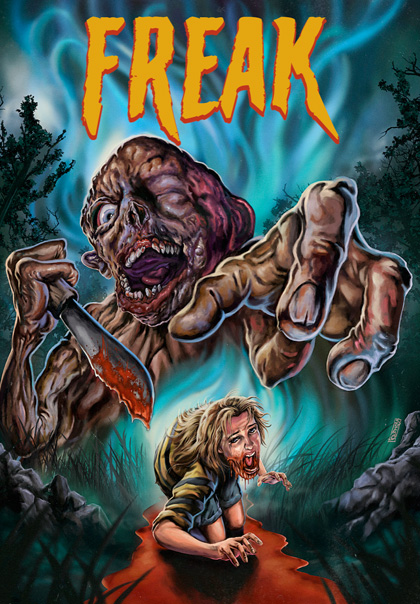 Freak (2020), the debut feature from writer-director Lucky Cerruti, triumphs over its deliberately routine characters, dialogue, setting, and plot with the sheer power of its incredibly efficient fifty-one-minute runtime. This is also a courtesy of the unique and unsettling practical effects-driven creature from Matthew Sorensen and Puppet Bucket Productions. It is simultaneously one of the most frightening and charming movie beasts in recent memory. These smartly and potently erected qualities are also assisted immensely by the well done, inventive, and plentiful gore spied in the fabrication. 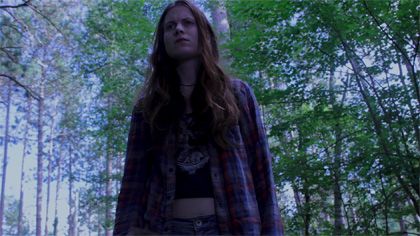 These factors are brilliantly demonstrated in the remarkable six-minute prologue. This segment showcases the brutal creativity inherent in the striking number of kills in the attempt. The dark cinematography from Kagan Rice takes full advantage of the natural beauty of the woodland surroundings of the picture. Likewise, the moody, proficient, and haunting score from Cerruti, which is also perceived early-on, enhances the wonderful straight-to-video, 1980’s slasher style effectiveness of the project. 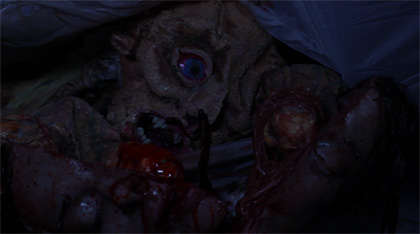 A Dead Vision Productions release, Cerruti tells the tale of a band of youth who go into the forest one weekend to camp and party. Their plans become quickly interrupted when they find out that the rumors of a ravenous brute who roams the area are not merely a local legend. As the entity begins to claim the lives of those in their company, the young ones are forced to fight for survival. But these odds of endurance are rendered evermore unsure as an ominous secret about the fiend is unveiled to the group. 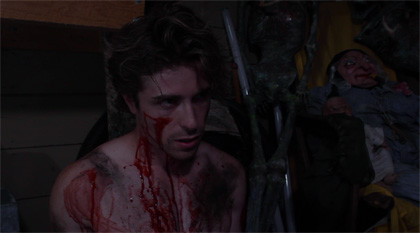 Though sharply executed, this late-dispelled mystery is ultimately another aspect of the time-tested dread-infused conventions Cerruti’s story lovingly evokes. Still, it helps make the final act especially electrifying and tense. The strong, organic performances from the entire cast, especially in this previously stated section, also overcome this familiarity. Kent Streed as Mr. Crenshaw, Annachristi Cordes as Kendra, and Cerruti as Justin deliver some of the most extraordinary of these enactments. 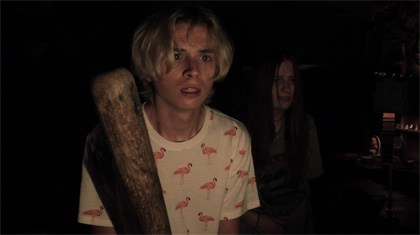 Another herculean attribute of the endeavor is the straightforward, confident yet claustrophobic behind the lens guidance of the venture from Cerruti. Much like his evenly structured script for the undertaking, it is a beautiful fit for the Friday the 13th (1980) meets monster-on-the-loose scenario he has crafted in this ever-resourceful opus. The aforesaid composition of the narrative is one of the elements where this is most readily perceptible. In the first half, it successfully builds underlying intensity and intrigue while maintaining a stalwart focus on its central leads. This is while just as victoriously mirroring a wild thrill ride in the latter portions. 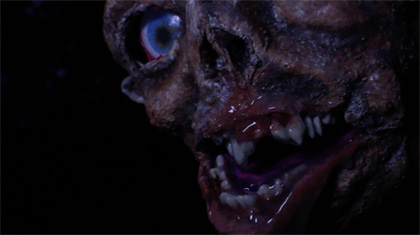 When combined with the smooth and impressive pacing and editing from Cerruti, such makes for perfectly rounded cinematic comfort food. The opening and concluding credits, the former of which pleasantly reminded me of the related commencing bit in Stanley Kubrick’s masterpiece The Shining (1980), are skillful bookends to the exercise. Furthermore, the work benefits from masterful makeup effects from James Bell and Dead Vision FX. It is also elevated by a deeply satisfying, ambiguous climax. 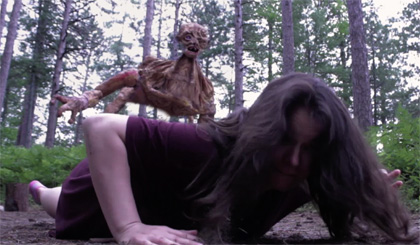 Recorded in Onchiotta, New York, U.S.A., Freak is bloody, unpretentious fun. It gleefully provides exactly what audiences anticipate from the material. Even during its more formula-heavy instances its technical deftness and admiration for the genre is endearing. Additionally, the minute-long post acknowledgments sequence offers a quietly clever sequel setup. This wit also extends to the decision to only allow the briefest flashes of the title-referenced behemoth. In turn, Cerruti proves both the continued prowess of the classic horror tradition and the immortal, awe-inspiring joy of the indie filmmaking spirit.