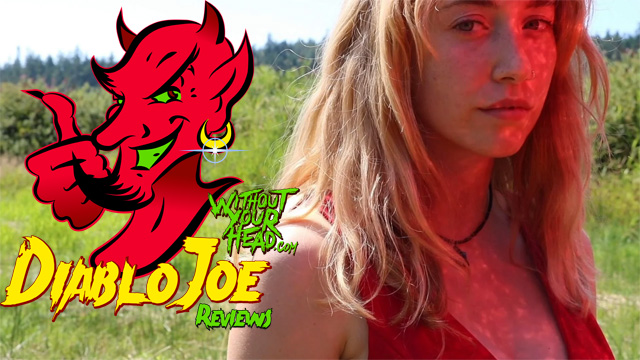 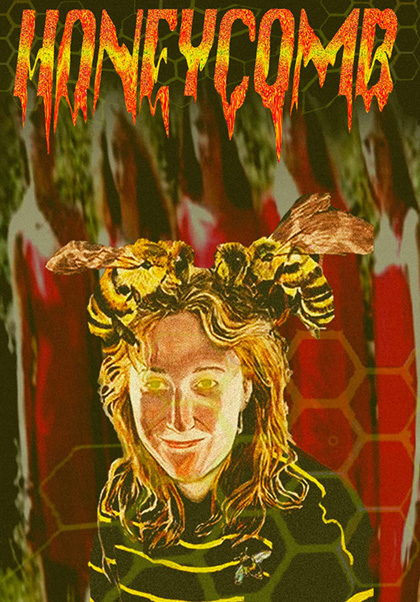 Presented as part of the 2022 Boston Underground Film Festival, "Honeycomb" is the debut feature from filmmaker Avalon Fast. It's a quasi-experimental narrative exploring the social and emotional de-evolution of a small group of young women drawn to a remote house in the woods.

Gathering together and organizing themselves as a micro-society, the film follows the group as their pledge for an inclusive, transparent, and egalitarian sisterhood quickly goes awry. Spiraling into petty squabbles, sexual tensions, and vengeful assertions of power and dominance, the girls find themselves idyllically oblivious to how far from the mores of the outside world they have become.

"Honeycomb" is an admirable film for a young, first-time filmmaker. Despite evidence of a low budget and what appears to be a cast and crew of friends and non-professionals, "Honeycomb" is not a film without some admirable creativity. Fast frequently has an eye for engaging visuals. There are moments, often dreamily focusing on one of the lead characters, that are positively hypnotic and stunning. Fast's script explores similar concepts of female-centric societal breakdown explored by the much higher profile "Yellowjackets." Unlike that series, "Honeycomb's" band of young women seems to be drawn into a more metaphysical milieu. While they never physically stray far from the small town whose mundane day-to-day they seek to escape, the group seems eons away psychically from their former lives by the film's end.

Two of the rules enacted by the girls as part of their new society are a ritual sharing of thoughts and state of mind with the rest of the group and swift settling of grievances vis a vis an equal-for-equal, eye-for-an-eye retaliation. The latter, predictably, spirals quickly out of balance. The former allows for fourth-wall-breaking that Fast uses to explain what transpires away from the camera.

While far from professional actors, the cast still gives an earnest honesty to their performances. "Honeycomb's" script is not overly strong on character development. However, Avalon has a gift for casting the right face and attitude to match her characters, and the film is stronger because of this. The actors become an essential shorthand for much of the finer details of their characters.

If one can level a single honest criticism against "Honeycomb," it is the film's inconsistency. Besides the issues mentioned above of insufficient character depth and complexities, the movie's tone is often erratic, especially in the picture's middle third. Much of this arises as the girls deal with visits from the local boys. While, early in the picture, Fast deftly uses the girls' male counterparts to evoke the dull listlessness of small-town life, their place within the story seems less assured as the film progresses. Fast spends far too much time with them. In unfortunate contrast, just as the film begins to explore what might be the next step in this microcosm's future, Fast brings her brief movie to a close. The introduction of a mysterious new character brings a host of exciting potential that "Honeycomb" sadly never explores.

“Honeycomb” is a nascent work of a filmmaker with potential and an interesting perspective. With a bit more attention to those parts of her filmmaker’s arsenal that better help her explore the themes and expansive concepts she appears to be interested in exploring, Avalon Fast could become a unique voice in experimental and independent film. “Honeycomb” is far from a great movie. But it is a promising start.

This devil of a reviewer gives “Honeycomb” 2.5 out of 5 imps.