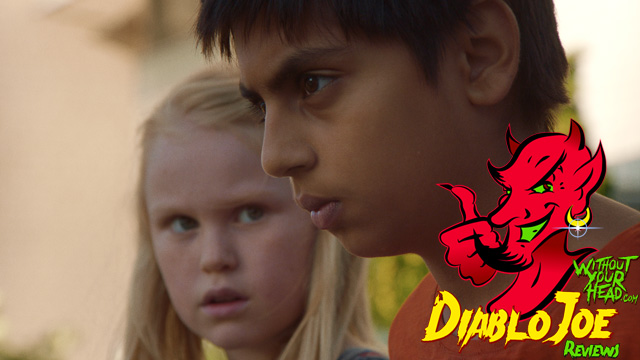 "The Innocents"
review by Diablo Joe 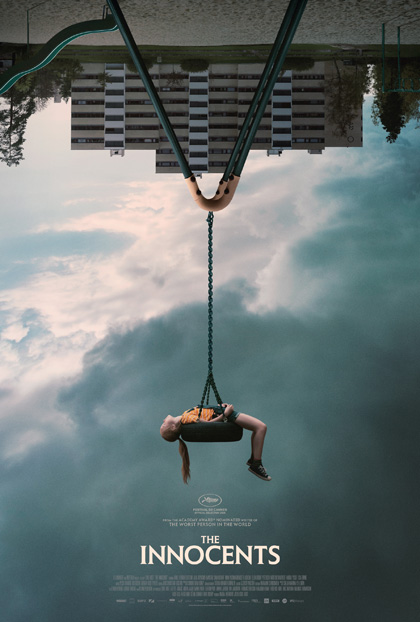 Screening as part of this past year's Boston Underground Film Festival and coming by way of Norway, "The Innocents" is a chilling, often unsettling supernatural thriller surrounding the sudden manifestation of uniquely special abilities in a group of young children. These powers, ranging from the sublimely beautiful to the terrifyingly malevolent, play off each other in an ever-increasingly dangerous tug of war.

Young Ida moves to a new city with her parents and sister Anna, whose condition prompts the relocation. Though older, Anna is almost entirely noncommunicative and profoundly intellectually disabled. Anna meets and befriends the slightly older Ben, who is a bit of a misfit. Ben reveals that he has a "trick," the power to move objects without touching them. Ida then encounters Aisha, a girl Ida's age who has abilities of her own. Aisha can empathically bond with Anna, bringing forth speech and a blossoming her cognitive behavior. But as the group explores these unique talents, the trio of girls discovers that Ben is a far more troubled boy than they had realized and that his darker side could be terrifyingly perilous to all of them. 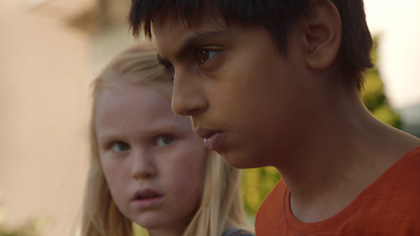 Though this is about children with super-human abilities, you would be wrong to lump "The Innocents" in with past meta-superhero films such as "Unbreakable" or "Brightburn." Filmmaker Eskil Vogt (whose script with Joachim Trier for "Worst Person in the World" received an Oscar nom for Best Original Screenplay this past year) has crafted this film in a very different and remarkable manner. First and foremost, this is a film about childhood interactions and emotions. So much so that the adult characters, while essential and well-realized, are a tertiary element in the movie. Vogt places our attention, concern, and identification with the children. His script treats them as fully realized characters, and his astonishing young cast inhabits them with absolute believability. That they are all under the age of twelve, with the majority much younger than that, is truly remarkable.

When we first encounter Ida, she is testing boundaries as kids are wont to do. She pinches her unresponsive sister and squishes an earthworm in the exploration of her crueler, sadistic nature. But when she meets Ben, that curiosity turns to horror. Ben, as the movie begins to reveal, is a pure sociopath. In contrast to the unadulterated empathy that Aisha experiences, Ben, while seeming at first to be a lighthearted boy, is utterly incapable of remorse. As his psychopathy develops throughout the film, his only regret is when he realizes that his actions have impacted his own selfishness. His lightheartedness is nothing more than emotional ignorance of so much of the world around him. He is a deeply disturbing and terrifying presence, as scary as any horror film monster. That actors of this age can portray these roles with such nuance, depth, and intensity is a testament to Vogt's cast and his ability to write for and direct them.

It is not without note that Vogt has set his film in the city and in summer. We're so used to thinking of Norway as snow-covered vistas. The season choice allows for stunningly sun-lit scenes that contrast with the dark tone the film develops. The urban locale provides a multi-cultural cast that only enhances the film's themes of being different and an outcast. Rakel Lenora Fløttum (Ida) and Alva Brynsmo Ramstad (Anna) may exemplify the Nordic mold, but Ida's unfamiliarity with her new city and, of course, Anna's disability set them apart. Sam Ashraf (Ben) is of Arabic descent, and multiracial Mina Yasmin Bremseth Asheim (Aisha) suffers from facial Vitiligo. These children would find themselves outside the norm in so many societies. That, even despite their unusual abilities, they would align themselves to seek unity makes perfect sense. 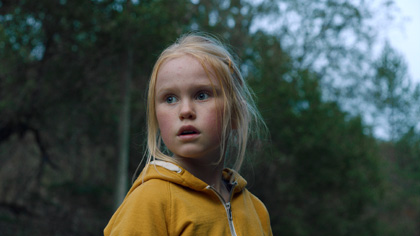 "The Innocents" is an engaging and unique film unlike any other you're likely to see anytime soon. It delivers emotion, pathos, and gut-wrenching tension in a deftly crafted, unsettling, and disturbing package. Its young cast are as exceptional as their characters' abilities and no less powerful.

With a picture of this impressive quality as a calling card along with his Oscar nomination, Eskil Vogt is on a roll.

This devil of a reviewer gives “The Innocents” 4.5 out of 5 imps.