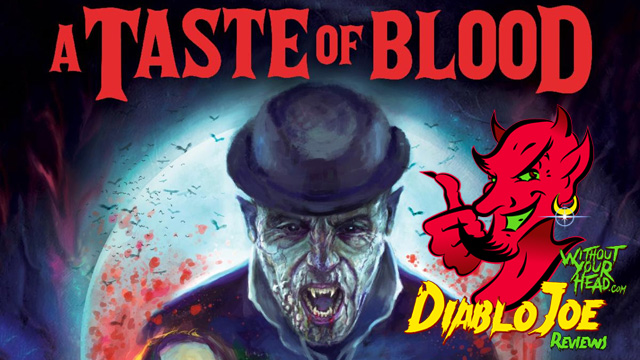 "A Taste of Blood"
review by Diablo Joe 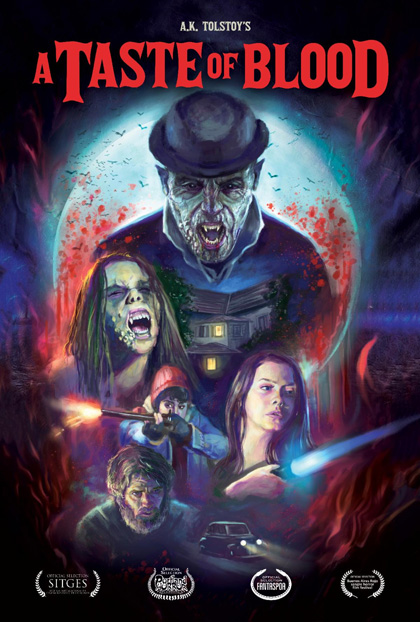 "A Taste of Blood"

"A Taste of Blood"—or as the opening credits call it, "A. K. Tolstoy's A Taste of Blood," a title that at least sets it apart from a myriad of other films with the same title—is an Argentinian film originally going by the far more evocative "Sangre Vurdalak." Anyone steeped in vampire lore will immediately know the Vurdalak, or "Vourdalak" in Russian, is a specific kind of vampire revenant compelled to drink the blood of those closest and dearest to it in life, eventually turning its entire family into vampires. Most prominently, we have seen this creature before as Boris Karloff's Gorca in Mario Bava's incredible 1963 film, "Black Sabbath."

Directed by Santiago Fernández Calvete, "A Taste of Blood" bears only the slimmest comparisons to the Aleksei Tolstoy tale that was also the inspiration for the segment in Bava's film. This is the story of Natalia, a young woman raised by her father, Aguirre, in a small, remote village. Her father admonishes her for her budding relationship with the young Alexis. Natalia longs for her freedom from a drab rural existence where she is forbidden to own even a cell phone. One evening, Natalia encounters the mysterious Lauturo, a man claiming to be her father's relation from Europe. It is then that the reason for Aguirre's protectiveness becomes terrifyingly apparent. Aguirre sets out to kill his vampiric cousin before Lauturo can infect his family. But when the man returns, Natalia and her siblings suspect that he too has become a Vurdalak himself. 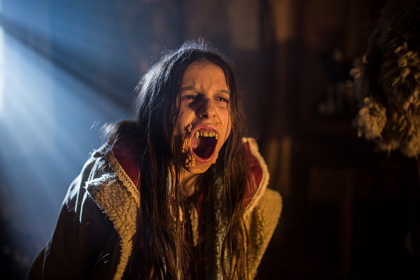 Calvete's film starts extremely promisingly, and it opens with a cryptic flash-forward that bookends the film and sets a tone of ominous mystery. This mood carries through the first third of the picture as we get to know Natalia and Alexis and puzzle the nature of Aguirre's strict parenting. Natalia's nighttime encounter with Lauturo, otherwise staged brilliantly, has its tension and terror significantly undercut by a poor choice of music score (more on this later). But once Aguirre reveals to his family why he has been hiding them all these years, the film's sensibilities begin to fall apart.

"A Taste of Blood's" critical failure is that it succumbs to some of the hoariest horror movie tropes, including "Going Where You Know You Shouldn't," "The Girl No One Believes," and the ever-popular "Let's Split Up." Once Aguirre leaves to hunt down the Vurdalak, his family suddenly decides, despite the horror that Natalia just barely escaped earlier, that their father is crazy and immediately leaves the house because it would be safer than staying. From here on out, none of our characters seem to have a lick of common sense, behaving in some of the most frustratingly irrational ways. The cat-and-mouse game played between the returning Aguirre and his family is a perfect example. Suspecting he is Vurdalak, rather than demand he show himself in the sunlight for fear of irking him if he is not a vampire, they instead opt to chain him. The logic of this contradiction is positively infuriating and just emblematic of the entire final two-thirds of the picture. 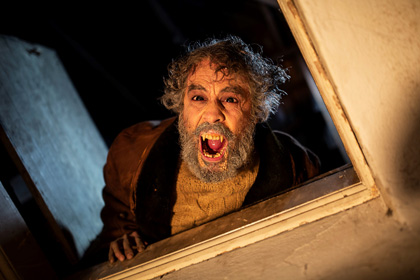 Calvete crafts a suitably dark and menacing atmosphere, with the film set in contemporary times, often feeling like it was in the 19th Century. But the film uses Goth Industrial metal music over the scenes meant to be its scariest. The music isn't bad, but it never seems to fit the movie in any suitable fashion, feeling plopped clumsily into place. Another strange, if not particularly detrimental choice, at least in the review screener, was to split the film's dialog between dubbed and subtitled. Regardless of who they address, the older characters speak in subtitled Spanish, while all the younger characters are dubbed into English. The result is a back and forth of translations that is, if nothing else, odd.

It's too bad that "A Taste of Blood" derails so wholly. It needn't have been so. As noted earlier, Calvete is terrific at mood and atmosphere. And his cast, their awful, illogical characters notwithstanding, are quite good. Germán Palacios's Aguirre, with his beard and thick shock of curly gray hair, even resembles Karloff's Gorca. And Alfonsina Carrocio, with her giant, luminous eyes, is a haunting presence. But the silliness of the script eclipses all of the picture's strengths too thoroughly.

This devil of a reviewer gives “A Taste of Blood” 2 out of 5 imps.