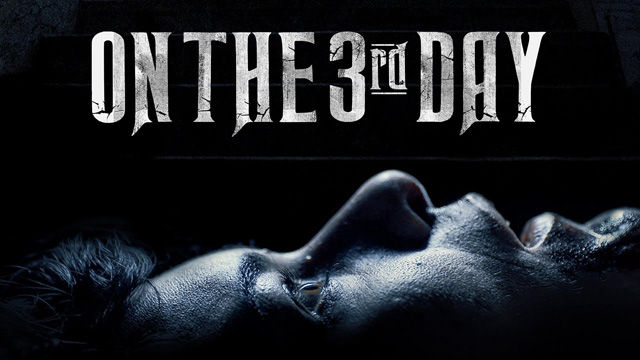 "On The 3rd Day"
review by Diablo Joe 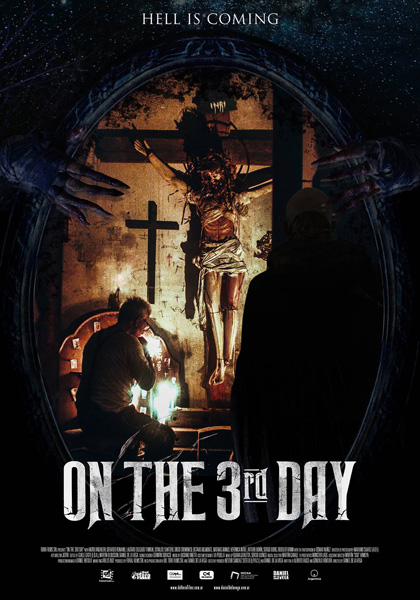 
Hailing from Argentina and streaming on Shudder, "On the 3rd Day" is one of those films that takes its audience down one path only to flip the script mid-film with a revelation that changes everything, often becoming a very different movie with a wholly different vibe and milieu. When it works, it can be startling ("Fight Club," 2003's "Identity,") or wildly disorienting ("Mulholland Drive," "Berberian Sound Studio"). For a film such as "On the 3rd Day," this technique is not quite as effective. But the reason is not because of the nature of the twist and the switch in style and mood that results.

Cecilia (Mariana Anghileri) experiences an accident one night while on the road with her son. Three days following the crash, she finds herself with scant memory of the incident and unable to account for her son's mysterious disappearance. With the help of a doctor and a tenacious police detective, Cecilia begins to retrace the events of that night. As she comes closer to the memory of what happened to her child, her encounter with a fanatical zealot, and the strange cargo in the bed of his truck, the more Cecilia begins to discover just how much that night has left her life forever changed.

As the film reveals what truly transpired that evening on the road, “On the 3rd Day” begins to kick into some exciting territory. The film's latter half starts with a horrifying jolt and a sudden realization that there are some very dark and ancient workings afoot. And it’s at this point where the movie becomes interesting, indeed. The problem is that the first half (and this transition does occur just past the midpoint of the film’s 85-minute runtime) frames itself as a hackneyed and somewhat cheesy psychological thriller.

Following her accident, Cecilia finds herself hospitalized. She is befriended by Dr. Pastori, her attending physician, and interrogated by the determined Detective Ventura. The good doctor is troubled by her injuries and puzzled by, as he describes it, “a rare form of leukemia.” Ventura doesn’t trust anything about the situation, and the sudden and bizarre death of the patient sharing the hospital room with Cecilia does nothing to assuage his doubts. Add to this Cecilia’s brutish ex-husband, who demands to know the whereabouts of his missing son. Seeking to uncover her lost memories, Pastori sneaks his patient out to a hypnotist. Even as this marks the audience’s insight into the meatier sections of the film, it’s probably the hokiest aspect of the movie. With its melodramatic eye-lighting, stilted, clunky dialog (the screener we received was dubbed into English), and rather two-dimensional characters—particularly the stereotypical Ventura—the first half of "On the 3rd Day" resembles nothing more than some made-for-television thriller from the 1970s.

It's a shame the film forces the audience to slough through all this. It could have been handled much more effectively and interestingly, and, as noted, the second half of “On the 3rd Day” works so much better. Even if some astute viewers may glean the revelation ahead, the switch to a much more horror-centric perspective has potency in telling Cecilia’s story. It’s a testament to the work of Mariana Anghileri that we stick with the character through it all, as she’s definitively the best thing about the picture.

“On the 3rd Day” isn’t an awful picture, and it has some great ideas and, at times, excellent mood, but is undone by a somewhat amateurish script, characters, and pacing. Argentina has sent a lot of horror our way over the past couple of years. Some of it quite good, and some not so good. “On the 3rd Day” kinda straddles both camps. If you can make it through the first half, hopefully, you find that the second makes up for the effort.