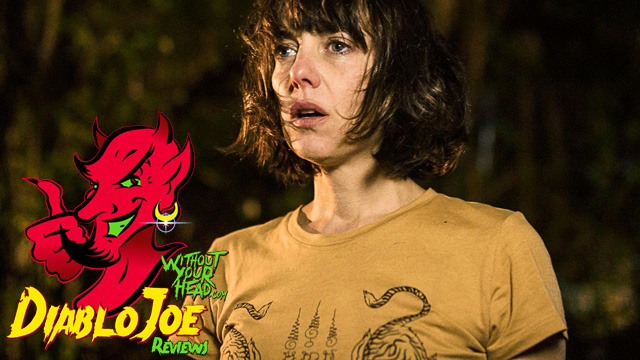 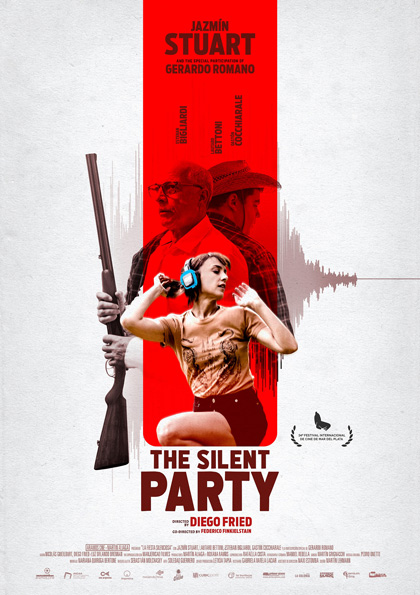 
A brutal, gut-punch example of filmmaking, "The Silent Party" is a thought-provoking and complex mediation on the baser human traits of shame, jealousy, and pride, with a particular indictment of toxic patriarchal masculinity. It unflinchingly illustrates the domino-effect tragedy that can result from one unfortunate decision.

Laura and Daniel arrive at the Argentinean country estate of her father on the eve of their wedding day. Laura is a vibrant and somewhat restless young woman, in contrast to her rather unremarkable husband-to-be. A late-evening stroll leads her to a small group of people at an outdoor headphone rave (the “Silent Party” of the title). Joining in on the party, the attractive Laura attracts the attention of some local boys, including Maxi and his good-looking friend Gabo. As Gabo and Laura dance together, Laura lets her inhibitions and a few strong cocktails get the better of her. Soon the pair retreat to the seclusion of some nearby bushes. From this point forward, everything goes horribly, tragically awry for every one of our characters.

It's immediately made clear that Laura has experienced something genuinely horrific. But co-directors Diego Fried and Federico Finkielstain unravel the full details of Laura's tragedy slowly and with deliberate purpose, much like Laura herself once she returns home to her husband and father. Laura's father, Leon, reacts like so many prideful, macho men of his generation. He grabs his gun with the full intention of using it to avenge his daughter's assault. Urged on by his father-in-law-to-be, Daniel joins him in the vendetta. But Laura's shame over her infidelity complicates matters; the men's hot-blooded reaction is driven by a knowledge of only part of the night's story.

The filmmakers make it clear that no one’s actions here are without consequence. It’s a tenuous tightrope to walk, as many films might unintentionally suggest that Laura’s behavior invited her rape, and it is made clear that consequences are different from responsibility and blame. It’s an important distinction that makes all the difference as we watch the subsequent events unfold with horrifying results.

Laura’s only faults are infidelity and shame. What “The Silent Party” truly indicts is male pride, entitlement, machismo, and the violence that so often surrounds it. Laura’s rape occurs because a man feels he deserves to have her. Laura is being avenged not to gain justice but because her father and husband feel wronged. THEIR daughter, THEIR fiancée, has been wronged. The men’s actions become more about their own pride and sense of having been wronged rather than Laura’s, especially after Daniel learns of her indiscretion. It is hiding this for as long as she does, allowing her husband's anger to smolder and grow, that suggests Laura is the symbolic “Silent Party” of the film.

With such material to work with, you need an ensemble up to the task of interpreting it with the grace it requires. To a one, the cast is superb, and each actor completely inhabits every pore of their role. At the top is the phenomenal Jazmín Stuart as Laura. Stunningly charismatic, simultaneously resilient and friable, she gives a powerhouse performance of nuance and subtlety. Every other actor looks to her character for motivation and impetus, and Stuart does not fail her fellow actors or the audience.

At its core, “The Silent Party” is a revenge film. But the depth of insight we get as its tragedy unfolds makes it so much more than just that. The result is an unsettling, powerful, and unflinchingly critical film.

This devil of a reviewer gives “The Silent Party” 4 out of 5 imps.