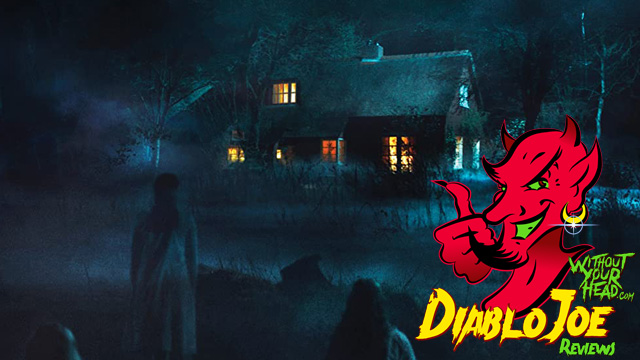 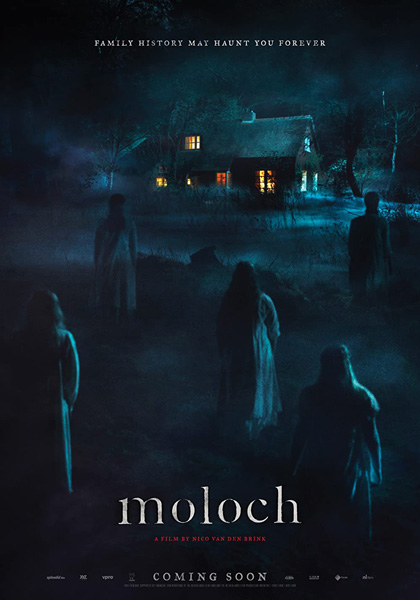 The success of recent films such as "Midsommer" combined, perhaps, with a desire to break away from somewhat tired tropes like zombies has resulted in a surfeit of new folk horror offerings. The genre also fulfills a need to find horrors that work well on a small, more insular scale in this pandemic world. As a result, we have seen some of the most interesting of this crop of movies come out of Northern Europe, where village life and the traditions often preserved there are still extant. Coming to us from the Netherlands, "Moloch" is one of those.

Thirty years ago, something mysterious, dark, and violent happened to young Betriek, leaving her grandmother dead. Now grown and a single mother with a daughter of her own, Betriek finds that day returning to haunt her again. What happened that night that may have led to the disintegration of her parent's marriage and her mother changed profoundly by the experience? And what does it have to do with the age-old folklore of her small village, a mysterious man who attacks her family one evening, and the discovery of bodies of murdered women long preserved in the nearby peat bog?

"Moloch" is an intelligent exercise in mood, mystery, and horror that isn't afraid to play its cards close to its vest. It unfolds gradually, but unlike many of its recent peers, one wouldn't describe it as a "slow-burn." Thanks to its well-paced story and finely-drawn, engaging characters and performers, it's far too dynamic for that. Director Nico van den Brink, working from a script written with Daan Bakker, gives us a folk horror film that stands a bit apart from the others. Its steady revelation of one cryptic element after another makes the audience aware that something very awful is on the horizon. But just what lies ahead remains a mystery until the film’s very end.

As Betriek, Sallie Harmsen is superb. A charismatic and talented actor, Harmsen imbues Betriek with confidence, strength, and humor and makes her both vibrant and identifiable. Betriek is the film's spine, and she becomes a terrific character in Harmsen's hands. As Jonas, the archaeologist sent to examine the bog bodies, Alexandre Willaume is equally good. Willaume plays him against the typical academic-on-the-scene, with Jonas dedicated and passionate about his work but also deeply empathetic to the people of the village and ever-increasingly emotionally close to Betriek. Veteran Dutch actor Anneke Blok is formidable as Betriek’s mother, a woman strong and proud but besieged by ailments of an elusive nature that ever distance her from her daughter.

The mystery of “Moloch” is deep and complex. At times van den Brink makes it seem as if he will never bring so many enigmatic elements together into a cohesive culmination. But this he does, with the film's final shot heartbreakingly bringing clarity to the entire movie. The director exhibits flashes of storytelling brilliance in some of his choices. He escapes the clichéd reliance on telling and not showing with a masterful unveiling of the village’s folklore via a grade school pantomime pageant. It is a standout scene that both informs the audience and illustrates to them the town’s ties to its past.

“Moloch” is, perhaps at times, a bit too dense in its ideas and elements. Could it have used some internal editing? Sure. A passionate tryst between Betriek and Jonas, though eventually serving some service to the film’s story, still seems extraneous. And while van den Brink doesn’t leave any threads hanging, some audience members may find the sheer intricacy of all the film’s elements to be a bit overwhelming. But those who trust the director and his fine cast and stick with “Moloch” will find, like a centuries-old body emerging from a bog, a mysterious tale dark, unsettling, and intriguing.