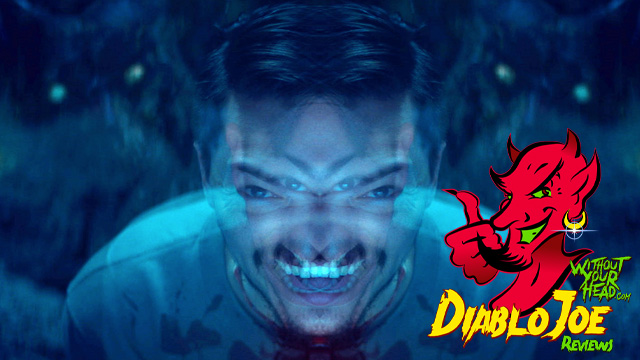 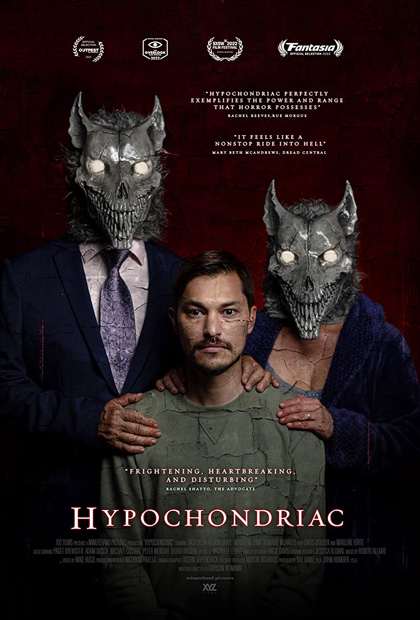 Screening as part of 2022’s Fantasia Festival, “Hypochondriac” is a mediation on the descent of a psyche into the uncertain territory of mental illness and the effects that distant trauma can bring forth on the mind and body.

Will is a talented professional potter whose life, to most observers, couldn’t be more contented. A job where he gets to express his talents? Check. A great relationship with a wonderful man? Check. Will seems to have it pretty good overall. But insistent communication from his mentally ill mother, who, in a fit of psychosis when Will was young, tried to kill him, triggers in Will issues of his own. Is his body breaking down, or is this just something his mind is manifesting? As others dismiss his concerns, Will begins to unravel, physically and mentally, with dangerous consequences.

Touching on topics from generational mental health to the lack of adequate attention from friends, family, and even the medical profession lack of proper assessment, “Hypochondriac” is ambitious in its theme. Writer/Director Addison Heimann implies that the film is inspired by a true story. But unless it is the director’s own story, the movie’s rather definitive perspective—told from Will’s point of view—suggests a high degree of creative license is in play. Nonetheless, Zach Villa’s performance grounds Will and his increasingly erratic behavior, empathetically taking the audience through his confusion, frustration, and anger.

Likewise, Heimann’s visuals give us insight into Will’s fractured mental state—to a point. Early in the film, Will may remind some viewers of the titular character from “Donnie Darko.” Unfortunately, this becomes a far more blatant comparison as Will is tormented by visions of a figure in a fury gray wolf suit, shades of Frank the Rabbit, replete with blank, bulging eyes and rictus smile. And when this wolf, which supposedly echoes one of Will’s childhood Halloween costumes, appears behind Will as he works at his potter’s wheel, one has to laugh and wonder if we’ll soon hear “Unchained Melody” on the soundtrack. Moments like this, plus a series of often absurdly repetitious encounters Will has with doctors and other health care figures throughout the film, that suggests Heimann is trying, without much success, to inject black humor into his story.

It's part and parcel of how the director does a disservice to his lead character and Villa’s fine performance. Before the film throws us into his spiral and decline, we never get a sense of who Will actually is. His relationship with his boss and co-worker is delineated sketchily at best (and hackneyed at its worst). His father is just as two-dimensional. The result is that we have, outside of his own actions, a very limited metric by which to define Will. “Hypochondriac’s” litany of medical figures contains cameos by actors such as Padget Brewster and “Buffy” Nerd of Doom Adam Busch. The film may have better served itself by casting them instead as a circle of friends who could surround Will, giving us a stronger initial image of the man to better contrast with the person he becomes.

Where Heimann should be highly commended is in his portrayal of Will’s relationship with his boyfriend, Lucas (a very good Devon Graye). Aside from a cliched “if you weren’t gay…” comment from a female character early in the film, Will’s sexuality is simply a part of his existence, much as it would be with any non-LQBTQ+ character which we have been watching for decades upon decades. The movie makes no apologies in its plainspoken presentation of the ups and downs of its same-sex relationship, and it shouldn’t need to. Its passionate sex scene parallels hundreds of straight ones we have seen in movies and unfolds just as matter-of-factly.

“Hypochondriac” wants to present the audience with a profound portrayal of a man in mental decline. Throughout its story, it lays out the facets of its main character’s splintering mind. Still, director Addison Heimann never quite pulls all of these tricks together into a cohesive view of mental unrest and decline. Though Will’s perspective may be disjointed and jarring, this picture's style need not be the same. When it succeeds, “Hypochondriac” is despite these problems and with the efforts of its excellent lead actor. But many viewers may find that this is still not enough.

This devil of a reviewer gives “Hypochondriac” 2.5 out of 5 imps