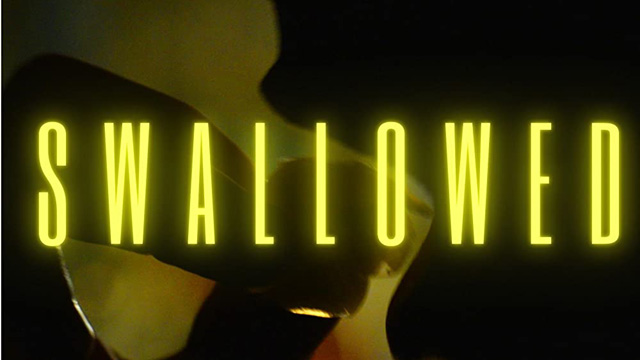 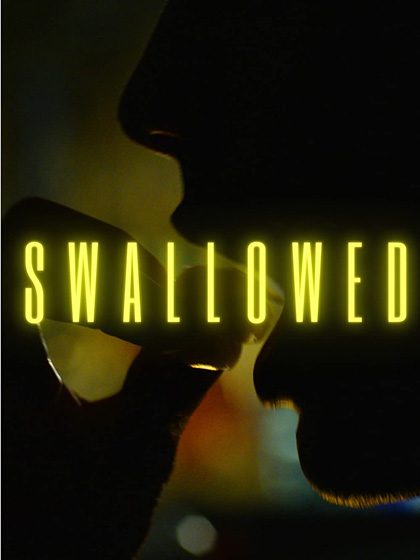 "Swallowed"
Filmmakers, at all levels, often seem to forget that you can winnow down a great film to just a good, original story and a damned talented cast. From tiny amateur projects to Hollywood mega-franchise flicks, the best and most enduring will have both of those at their core. It may be a bit oversimplistic to state, but you can virtually strip away everything else and knock socks off with just those two basic elements.

“Swallowed” is a fine example of a terrific idea executed by a small group of excellent actors. It is a film that repeatedly confounds expectations and rivets its audience with a combination of tension and pathos.

Benjamin (Cooper Koch) and Dom (Jose Colon) are lifelong best friends. Dom has taken his friend to Canada, ostensibly for a send-off evening of partying before Benjamin heads to LA to start a career in the gay adult film industry. But to ensure his friend’s financial stability, Dom has agreed to mule drugs across the border for Alice (Jena Malone). As much as Benjamin is surprised by this plan, neither is prepared for Alice’s insistence that they ingest the contraband. A violent altercation with a redneck trucker leaves Dom in a dire state, and the two soon discover that their situation is far different—and more dangerous—than they previously thought.

Writer/director Carter Smith’s two previous feature forays into genre cinema, “The Ruins” and “Jamie Marks is Dead,” were both adaptations of previous works. With “Swallowed,” screening as part of this year’s Fantasia Fest, Carter is working with a story entirely his own, and his conceptual skills match the directorial promise he exhibited in those two pictures. It’s a story that is dense with subtext and emotion but never falls victim to overuse of either, nor are those elements overshadowed by the tension and twists the film goes through over its course. The result is gut-wrenching and moving, thrilling and heartfelt. The film’s only false note, and it is a truly minor one, is perhaps the end credit overlay, which seems a bit unneeded in a movie that is otherwise so prudent and spare.

Aside from a few supporting roles, “Swallowed” is essentially a four-character ensemble film. Carter’s cast is small, tight, and talented. Koch and Colon are excellent in their portrayal of two men, one gay and one straight, who have a deep, caring bond. Koch, in particular, is given license to run the gamut of his character’s emotional range as he finds himself in the role of protector and defender to Dom, who Benjamin loves as a friend, but also longs for in more profound ways. Colon makes it clear that Dom loves Benjamin without condition. He is heartbroken his friend is leaving but will do anything he can, including risking his life, to make sure his friend succeeds in his dreams. Jena Malone has come a long way from early roles like “Donnie Darko.” Here she is tough, unpredictable, no-nonsense, and intimidating. Displaying that he learned a thing or two from Freddy Krueger on how to terrorize and frighten, “Nightmare on Elm Street 2’s” Mark Patton flexes his chops as Alice’s boss with terrifying results. Menacing and perversely unctuous, Patton is electrifying. The actor succeeds in creating a role so intimidating that he makes it hard to breathe.

Smith begins the film in a gaudy club and takes it through the night pitch of rural roadways into the morning of a secluded cabin in the Maine woods. Along the way, he cajoles and pummels our emotions and our nerves. He savvily uses his resources, whether limited by fiat or design, to make every element count in service of his story. Aided and abetted by his stellar cast, he delivers something unique and unexpected in “Swallowed.” It is a fine example of filmmaking prowess at its most basic and effective level.

This demon of a reviewer gives “Swallowed” 4 out of 5 imps.