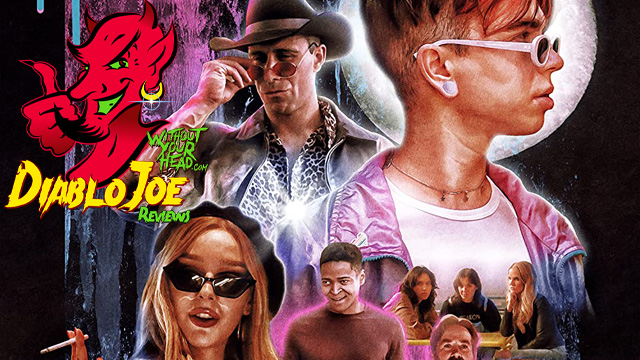 "So Vam"
review by Diablo Joe 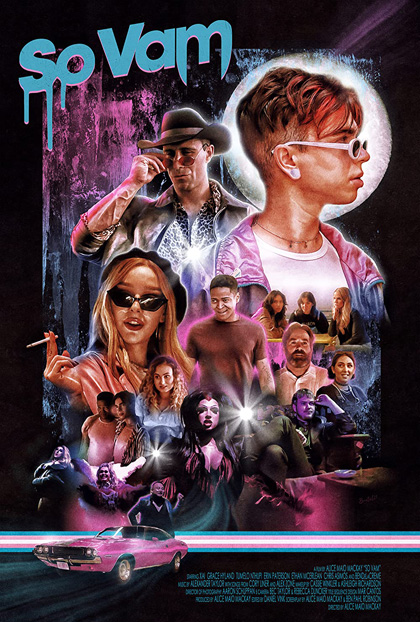 Vampirism has been used as an outlet to explore the multi-facets of human sexuality for well over a century. From Sheridan Le Fanu’s classic of early vampire literature, “Carmilla,” to the erotic cinema examples in Hammer films and the exploitation work of Jean Rollin, to the pop culture novels of Anne Rice and Laurel K. Hamilton, lesbianism and homosexuality—for good or bad— have always had a place in the genre. Coming to us from Australia, “So Vam” bills itself as “a transgender and queer film, by Alice Maio Mackay.” And as such, it differentiates itself from those earlier examples. It is more akin to the “blaxploitation” films of Melvin Van Peebles and Ivan Dixon, and especially Bill Gunn’s experimental vampire film “Ganja and Hess,” which were essential representations of specifically African American voices in genre films.

“So Vam” is the story of Kurt, a young gay teen bullied mercilessly by his peers, particularly a group of cruelly homophobic girls called “The Three Stooges.” His best friend Katie defends him as best she can, but Kurt’s world gets tossed into even more frightening territory when he is attacked by a vampire named Langdon. Left to die, Kurt is saved by April, a transgender vampire who preys on the bullies, bigots, and others who prey upon those they view as different. Now a vampire himself, Kurt must learn to harness his newfound power and strength, and he needs it to become the enabler of his dreams rather than a curse in and of itself.

In many ways, asking how well “So Vam” works as a horror film is less important than what the film in and of itself represents. The movie has both its strengths and weaknesses as a genre picture. Writer (along with Ben Pahl Robinson) and director Alice Maio Mackay is a transgender filmmaker and, at just eighteen years of age, already expressing terrific talent and a unique voice. Her visual sense and eye for colorful and exciting compositions (aided by cinematographer Aaron Schuppan) go hand-in-hand with her handling of the cast. The latter is equally young and terrifically representative of the transgender and queer community. Together they allow “So Vam” to touch on many topics, with several facets of the LGBTQ world and the importance of straight and family allyship showcased without seeming preachy. With the single exception of a scene involving the evil of “pray away the gay,” it’s surprising how much of the film’s message carries through without resorting to overt politics.

Mackay’s handling of the film’s horror and action elements is less successful and assured. While she creates solid mood and menace, much of the “So Vam’s” fight choreography is stilted and more than a bit clunky. Likewise, some of the effects shots are laughably hokey and cheap-looking. These are, really, the film’s only nod to its low budget and the inexperience of its director. While it would have been nice if they had been more level with the quality of the rest of the filmmaking, they never become critical distractions from the basic story and its themes.

“So Vam’s” cast, while exhibiting much of the inexperience shared by the picture’s director, likewise showcases exuberance, charm, and talent. As portrayed by Xai, Kurt is charismatic, with a great onscreen presence. And as Kurt’s mentor in the world of vampirism, the ethereal Grace Hyland is simply otherworldly as April. She imbues the character with a calmness, grace, positivity, and strength that reflects those same traits in the performer herself.

Could “So Vam” have better honed its message? Perhaps. Could it have been more successful in being a horror film? Sure. But most importantly, it is a fine example of a young filmmaker coming from a community that needs voices like hers out there. Alice Maio Mackay has given us a watchable, appealing film that works on the levels it needs to work on most. It has given the audience characters it needs to see more of, especially when they reflect those in that audience who desire better representation of themselves onscreen.

Hopefully, we will see much more from Alice Maio Mackay.